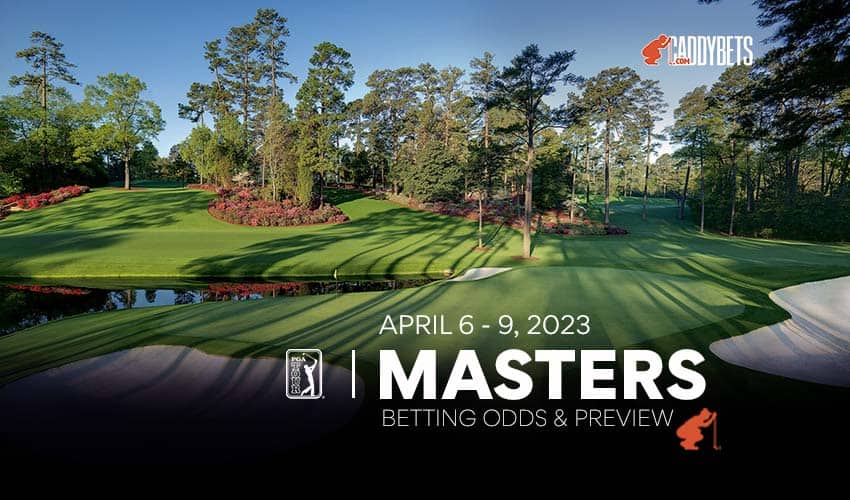 With the PGA Tour’s fall season complete and not resuming FedEx Cup play until January, now is a great time to take stock in what we saw in 2022 and look ahead to the first major of 2023: the Masters. Check here our 2023 Masters Betting Odds Preview courtesy of JazzSports

The early part of 2022 was dominated by Scottie Scheffler, whose runaway win in this past year’s Masters marked his fourth win in his last six tournaments. The rest of the year belonged to Rory McIlroy. While the Northern Irishman didn’t win a major, he placed in the top 10 in all four, won three tournaments, and became the first golfer to win the FedEx Cup and the DP World Tour’s season-long championship in the same year.

Not surprisingly, these two head up the list of favorites for the 2023 Masters, which will feature a unique storyline when it comes to how much LIV Golf stars will be able to take part. We can also expect to see Tiger Woods return to the world’s most famous golf tournament.

Augusta National will be longer than ever when players tee off this coming April. This is because tournament officials decided to lengthen the par-5 13th hole. Previously, the hole measured 510 yards, but if a golfer cut the corner properly, he could have a manageable shot to reach the green in two. Last year, for instance, McIlroy’s second shot was just 210 yards away from the pin.

It’s expected that the actual yardage won’t be announced until the week of the tournament, but insiders say to expect about 30-40 yards to be added to the length of the hole, which will likely eliminate eagle opportunities on No. 13.

McIlroy’s Major Drought Will Be a Top Story

Finished second to Scheffler last year by three strokes, but the Texan’s win was not in doubt during the final round. His third-place finish at the Open Championship was more painful, as he led going into the final round before being overtaken by Cameron Smith.

One of the top stories coming into Augusta this year will be McIlroy looking to complete the career grand slam and also snap a eight-year winless streak at majors. The Masters is the only tournament that has eluded the No. 1 golfer in the world, but he has finished in the top 10 in seven of the last nine events here.

The most painful defeat came in 2011, when he led going into the final round but finished tied for 15th after shooting an 80 on Sunday, throwing away a four-shot lead that he had going into the day. In fact, it was the worst round by any third-round leader in the history of the tournament. McIlroy, however, bounced back from that by winning the U.S. Open in his next major, speaking to his resilience.

Comes in with the respect of being the defending champion, and he came into Augusta last year on a major hot streak. Scheffler took the lead after a five-under 67 on day two and didn’t look back, finishing with a 10-under 278 to beat McIlroy by three strokes last year. It could’ve been an even more dominant win, but he carded a double-bogey 6 on the final hole.

Even still, Scheffler was the only golfer in last year’s field to not have a round over par over the course of the tournament, and that consistency paid off. While Scheffler hasn’t won since Augusta, he was runner-up at the U.S. Open, the Charles Schwab Challenge, and the Tour Championship while placing third at the BMW Championship and the World Wide Technology Championship at Mayakoba in early November.

Had a run of four-straight top-10 Masters finishes snapped with a 27th-place effort in 2022, but the way he ended the year suggests that the Spaniard will be a force to be reckoned with in April. Rahm’s last four tournaments worldwide in 2022 went like this: second, win, fourth, win. The most recent victory came against an elite field at the DP World Tour Championship in Dubai.

Leads a pack of LIV Golf series players. While it’s unclear who will be eligible based on whether the series gets Official World Golf Ranking points in 2023, Smith, Dustin Johnson, Patrick Reed, Sergio Garcia, and Phil Mickelson are among those exempt due to either being recent major winners or already owning a green jacket.

Smith tied for third here last year at 5-under and started Sunday in second place, three shots behind Scheffler. Smith also tied for second here in 2020 and has three top-five finishes in six attempts at Augusta. He’s eligible due to winning the Open Championship last July, and he also claimed victory at The Players Championship in 2022.

Dustin Johnson and Will Zalatoris (+2000)

Two players to watch at +2000 are 2020 winner Dustin Johnson and Will Zalatoris. The latter came out of nowhere to finish runner-up in the 2021 Masters and followed it up with a sixth-place finish last year. After losing in a playoff to Justin Thomas as the PGA Championship and also coming in second at the U.S. Open, Zalatoris broke through with a win at the FedEx St. Jude Championship in August. Unfortunately for Zalatoris, he suffered a back injury a week after that win, but he’s expected to return to the course in early 2023.

Who tied for third place last year and then won the biggest event in Europe in September—the BMW PGA Championship—is a good value play after having a very strong 2022. Sungjae Im (+3000) led here after day one, and don’t forget about one of hottest golfers on the PGA Tour, Tony Finau (+3000). Finau, who has three wins since July, is at +3000 and owns three top-10 finishes here in five starts.

When placing a bet this early, you’re looking for value. It’s unclear who will be in good form come April, so we have to go on history at this point. Rory McIlroy winning would be a feel-good story, and if he remains as hot as he is now, expect the odds to go down because he will be a popular choice. Others with good value currently include Johnson, Zalatoris, Finau, and Lowry.

Sign up here to get a 50% Sports Welcome Bonus and get the latest Golf Betting Odds by Jazzsports.