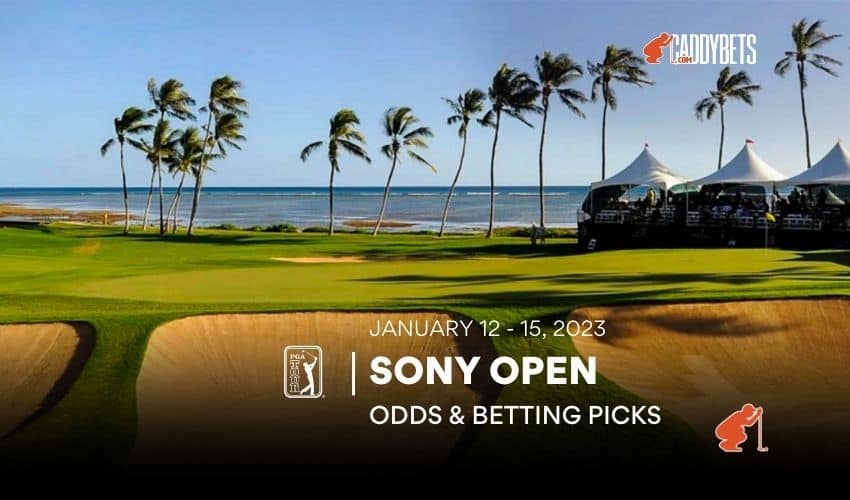 South Korean Tom Kim leads an Asian contingent of three favorites for the first full-field PGA Tour event of 2023, the Sony Open in Hawaii at Waialae Country Club in Honolulu.

The event has traditionally kicked off the PGA Tour calendar year since 1965. Despite its long history, however, there have only been five repeat winners of the event. And four of those five won the tournament in back-to-back years, including Ernie Els in 2003-04 and, most recently, Jimmy Walker in 2013-14.

The defending champion is Hideki Matsuyama, who won here last year over Russell Henley in a playoff after sinking an eagle on the first playoff hole. It also took him shooting a 31 on the back nine on Sunday just to reach the playoff. Four of the last seven Sony Opens have gone to a playoff.

For the 19 players who remain in Hawaii after taking on Kapalua last week at the Sentry Tournament of Champions, this will be a different challenge. Kapalua features plenty of elevation and the Tour’s only par-73 course. Waialae, which has hosted this event since its inception, is par 70 and 7,044 yards in length, which is 500 yards shorter than what players contended with last week.

The 20-year-old South Korean who has taken the PGA Tour by storm since the summer, is the slight favorite to win his third event since that point. He won his first tournament at the Wyndham Championship, where the pressure to win was on because that was the only way he could qualify for the FedEx Cup playoffs.

He won again this past fall at the Shriners Children’s Open in Las Vegas and came in fifth in his debut at the Tournament of Champions last week. Henley, besides finishing runner-up last year, is the only golfer to win this event in his first try (2013). That stat plays against Kim, but he has been a first-time winner in two events already, so there’s no reason to expect that he can’t continue to defy logic.

Even though Sungjae Im is just 24, he’s making his fifth start in this tournament, but he hasn’t had huge success here. Despite that, he’s become a consistent threat no matter where he’s teed off. He was 13th at Kapalua last week and had two top-10 finishes in four events over the course of the fall.

Even though he hasn’t won since the fall of 2021, Im had three runner-up finishes in July and August, including to Rory McIlroy at the Tour Championship. Out of 20 rounds in the 2022-23 season, Im has just two that were over par, so his consistency is worth betting on.

Defending champion Hideki Matsuyama thrives on short courses, which is considered tracks shorter than 7,100 yards. Since 2017, Matsuyama’s scoring average on this type of course is 67.37 per round, ranking second behind Webb Simpson’s 67.26 in that span. He played four rounds at Kapalua since last having to withdraw from the Houston Open due to injury, so his health appears to be back on track.

Three others are at +1500, including Jordan Spieth, Corey Conners, and Brian Harman. Spieth made his PGA Tour season debut with a 13th at the Tournament of Champions and hasn’t played here since 2019. He missed the cut that year but does own a third-place finish in 2017. Conners has had more success here, making the cut in all four previous appearances with a best finish of third in 2019 to go with two other top-15 finishes.

He’s averaged a 67.06 per round here in that span. Harman was fourth here in 2018 but has struggled on this track since. His form, however, is top-notch, as he posted two runner-up finishes in the fall, including in The RSM Classic, which was the last full-field event of 2022. Perhaps the University of Georgia product will be motivated by his school winning the football national championship earlier this week to help him earn his first PGA Tour win in close to a decade.

Owns a win and last year’s runner-up on his Waialae resume, and he also took home a victory at Mayakoba in Mexico during the fall portion of the schedule, so he has the combination of good form and good course history going for him.

Was third at Kapalua, which was already his fifth top-15 of 2022-23, and that doesn’t even count his win with Sahith Theegala at the QBE Shootout, an unofficial money event last month. He’s fresh off a disappointing trip to Los Angeles on Monday to see his TCU team lose badly to Georgia, so he could be coming back to Hawaii with a chip on his shoulder.

Had an amazing fall portion of his rookie season, and he’s getting some respect on the odds board this week. He made the cut in all seven events he competed in and has three top-10 finishes to his credit.

Played well all weekend at Kapalua. He was in second going into the final day and ended up fifth. One can also make the case that he’s due at Waialae after missing the cut here five-straight times. Perhaps the strong play in the Tournament of Champions will turn his fortunes around.

Played well last month in his native South Africa, finishing in the top five in two DP World Tour events there. He was 17th in his debut at the Sony Open a year ago, leaving plenty of room to grow. He also gained experience by playing in the Presidents Cup and made the cut in all four of his PGA Tour events in the fall.

We are bullish on Kim and Im, but Matsuyama is a bit overvalued based on his recent injury issues. We also like the 3 Hs this week: Harman, Henley, and Hoge to round out our picks.

Here are the latest odds from JazzSports for the PGA Tour’s 2023 Sony Open in Hawaii.