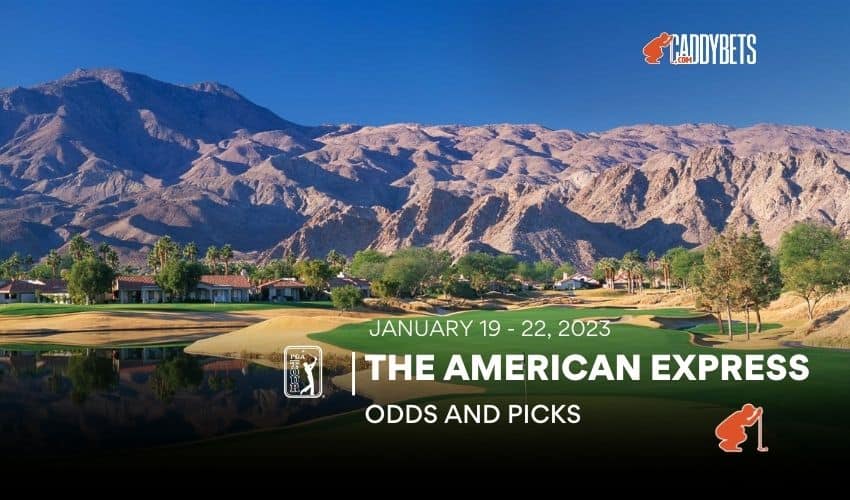 Five of the world’s top-10 golfers will be in Southern California for the 2023 The American Express tournament at PGA West. Among those, Scottie Scheffler has another chance to regain the No. 1 spot in the Official World Golf Ranking, and Jon Rahm is looking to add to his big run of recent success.

The event—formerly known as the Desert Classic and Bob Hope Classic, among other names—has been contested since 1960, when Arnold Palmer won the inaugural event. Palmer’s record fifth win in this tournament in 1973 was also his final victory on the PGA Tour. Several golfers have won twice here, including defending champion Hudson Swafford, Bill Haas, Phil Mickelson, and Johnny Miller.

Rahm Favored Over Scheffler and Other Top Golfers

Despite being ranked No. 5 in the OWGR, believes he’s currently the best golfer in the world, and the statistics back it up. Jon Rahm charged back from seven shots down to win the Sentry Tournament of Champions two weeks ago, and he has two more wins overseas and a fourth at The CJ Cup among his last four starts. He also has a win in this event (2018) and was 14th here a year ago.

Has a top-five finish in two starts here and was seventh at Kapalua two weeks ago after a final-round fade cost Scheffler a shot at the No. 1 world ranking. We’ll be talking about his run of four wins in six starts again soon as he starts defending those championships, but he’s been in good form for an extended period despite not winning since the Masters.

Other 2023 The American Express Contenders

Is on a run of three-straight top 10s at this event, including a runner-up finish two years ago. Tony Finau (+1400) is now at the point where he has to be considered a contender at every event. After winning twice over the summer and again at the Houston Open in November, he was seventh at the Hero World Challenge and tied for seventh at the Sentry Tournament of Champions. He’s finished 40th and 14th in his last two tries here, but all eight rounds were under par, and he’s a new golfer now.

It was good to see Will Zalatoris back at Kapalua, where he finished a respectable 11th at 20-under par. It was his first tournament since a back injury derailed his FedEx Cup hopes at the BMW Championship last year. In the event prior to that, he broke through with his first-career victory at the FedEx St. Jude Championship after several close calls over the past two years, including runner-up finishes at the Masters in 2021 and the PGA Championship and U.S. Open last year. Zalatoris also finished sixth in this event last year.

A pair of golfers who struggled at Waialae are looking for redemption this week in Sungjae Im (+2000) and Tom Kim (+2200). Im has been Mr. Consistent here, finishing between 10th and 12th four-straight times. Kim missed the cut here in 2021, so this is the first tournament where he will have had a history before teeing off on Thursday. He was fifth at Kapalua before a bad start derailed his Sony Open before it really started.

While not true longshots, there is value just off the top of the odds board this week. Si Woo Kim won last week after he said a new caddy helped change his approach and calm himself on the course. He won here in 2021 and was 11th in defending his title last year.

Rookie Taylor Montgomery continues to impress. A nearly two-month layoff from The RSM Classic to the Sony Open in Hawaii didn’t curb his momentum, as he continued his run of making every cut by finishing 12th at Waialae. Of the eight events he’s played in, he’s come in the top 15 seven times.

Was sixth here in 2020 and improved upon that to come in second place in his next trip to PGA West in 2022. He had four decent rounds last week to finish 41st and was third the week before at Kapalua. He had two more top-10 finishes in the fall and also a win at the unofficial money event QBE Shootout with playing partner Sahith Theegala.

It’s impossible to overlook Rahm this week, especially among the favorites. Scheffler and Cantlay have been just off the mark recently, and while they can win, Rahm is just on one of those runs like Scheffler enjoyed last spring. We’re also going with Finau, Zalatoris, Si Woo Kim, and Hoge to round out our betting card.

Here are the latest odds from JazzSports for the PGA Tour’s 2023 The American Express.

Follow us on Social Media for more 2023 The American Express updates.