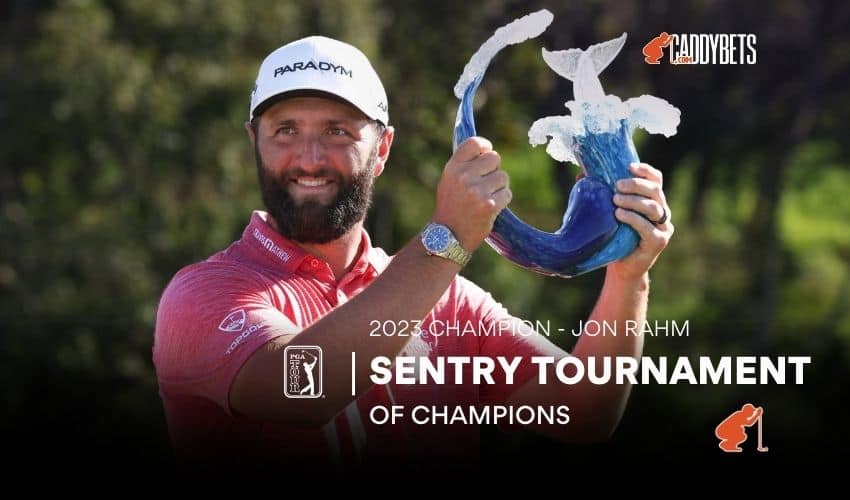 2023 Tournament of Champions Recap: Another victory for Rahm

If Jon Rahm was owed one at Kapalua after he finished as -33 here last year but did not win. However, things evened out this year. Check our 2023 Tournament of Champions Recap.

In the first PGA Tour event of the season, there was plenty of unexpected drama on the back nine, as Rahm erased a six-shot deficit to stun Collin Morikawa and win the 2023 Tournament of Champions.

“Bit of a crazy day, I’m not gonna lie,” Rahm said. “… I’m like, ‘We’re going to need a small miracle.’ After bogeying 1, I was going to need somewhat of a larger miracle.”

Morikawa entered the day with a six-shot advantage over Matt Fitzpatrick, Scottie Scheffler, and J.J. Spaun and the lead was seven over Rahm to open play on Sunday. After Rahm played the 11th hole, the advantage was six.

Morikawa was two groups behind Rahm and melted down with three-straight bogeys from holes 14-16—an eight-stroke swing that left Morikawa two shots behind Rahm.

2023 Tournament of Champions Recap: The collapse of Morikawa

Those were the first bogeys Morikawa surrendered all tournament and coupled with Rahm’s birdie streak, it led to disaster for the 2021 Open Championship winner.

The collapse was historic: Morikawa becomes the first golfer in the history of the PGA Tour to lose a tournament where he led by at least six strokes and still shot under par for the day (72 on the par-73 Plantation Course). 2023 Tournament of Champions.

“Sadness; it sucks,” Morikawa said. “You work so hard and you give yourself these opportunities, and just bad timing on bad shots, and kind of added up really quickly. Don’t know what I’m going to learn this week, but it doesn’t seem like it was that far off. It really wasn’t.”

After winning the 2023 Tournament of Champions, Rahm is now up to fourth in the Official World Golf Ranking after surrendering the top spot to Scottie Scheffler last March. After a 2021-22 PGA Tour season that saw the 2021 U.S. Open champ win just once (Mexico Open), he’s now rattled off three wins in his past five starts worldwide. He won twice on the DP World Tour in the fall and was fourth in his only other 2022-23 PGA Tour start at The CJ Cup.

“I feel like since August I’ve been the best player in the world,” Rahm explained. “If you look at numbers, I think the main difference is I have been a bit more accurate on my approach shots but mainly making putts. I got a lot more comfortable with my putting. And, again, the last four or five months my putting has been about as good as it’s ever been.”

Tom Hoge and Max Homa tied for third. Scheffler had a chance to regain the world’s No. 1 ranking with a third-place finish, but he dropped from second to a tie for seventh following a 3-under 70 on Sunday.

Coming up this week is the 2023 Sony Open

Follow us on Social Media for more 2023 Tournament of Champions updates.