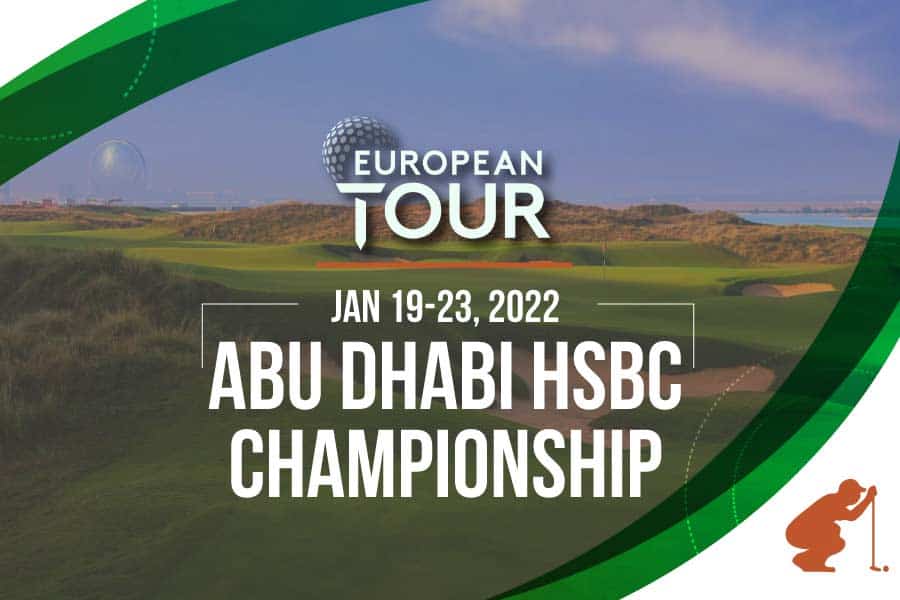 After dueling at the PGA Tour’s CJ Cup (Rory McIlroy coming out on top) and then again at the DP World Tour Championship (Collin Morikawa logging a come-from-behind victory), the two stars meet in the first event of the European Tour—now known at the DP World Tour—schedule in 2022, the Abu Dhabi HSBC Championship, which is one of eight Rolex Series events on the tour, meaning it is one of the richer events on the schedule with an $8 million purse.

The event has been held 2006, and Martin Kaymer holds the record with three wins at the event.

For the first time, the tournament has a change of venue, as the event is now taking place at Yas Links, which opened in 2010 and is a 7,425-yard, par-72 links-style course—the first of its kind in the Middle East.

Not only are these two of the most decorated golfers in the world, but they have proven success on links courses. Morikawa (+650) is the defending Open Championship winner, and Rory McIlroy (+650) also has a win in one and has been runner-up in this event on four occasions. The two are deservingly the favorites.

(+900) was one of the hottest golfers this past fall, winning a PGA Tour event in Mexico and also winning the Hero World Challenge, an unofficial money event with an all-star field.

(+2000) is getting plenty of attention here, given that he won this event in back-to-back years (2017-18), tied for second in 2020, and was seventh last year. But this is a whole new course, so his odds are a bit longer than you would expect.

(+2500) is the defending champion of the event, winning the 2021 edition by four strokes for his sixth DP World Tour title, and he excels in Rolex Series events. His four such wins are tied for the most with Jon Rahm.

(+2500) are the same as Hatton, but he doesn’t have as much attention on him despite being an Open Championship winner in 2019 and also won here that same year.

(+3000) has won the Scottish Open and finished last year’s European Tour schedule with three top-10s in his last four starts.

(+7500), as the Frenchman has two wins in the Middle East over the past two years and was fourth at the AVIV Dubai Championship in November.

It’s tough to bet against the top three on the odds board here, and we also like Lowry as a links specialist. We’re staying away from Fleetwood despite his success in this tournament given the change in venue.