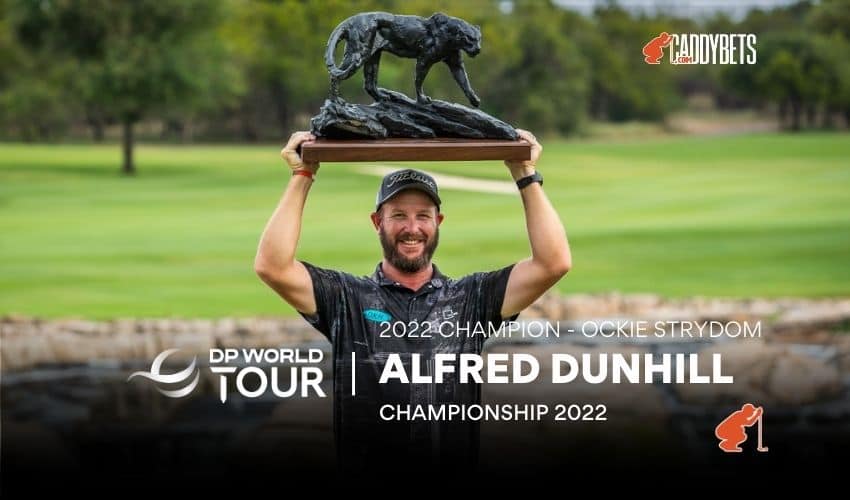 The DP World Tour concluded with the prestigious Alfred Dunhill Championship 2022. With a loaded field, which included former major winners in the form of Louis Oosthuizen and Charl Schwartzel everything was set for a top week of golfing action. Here is everything that happened

The Alfred Dunhill Championship 2022 was played at the wonderful Leopard Creek. Bordering the famous Kruger National Park, the tournament had a significant South African feel and it was fitting that it was a South African that took home the title.

Arriving into the week as a relative unknown, it was Ockie Strydom who held his nerve to take down this momentous prize.

Always up with the leaders, Strydom made his move during the third round shooting a round of 63 which included eight birdies and one eagle. Strydom’s third round charge saw him head into the final round sharing the lead with Scott Jamieson.

With the pressure well and truly on, Strydom started his back nine with birdies on the 6th and 8th but these were sandwiched with a bogey on the 7th and a disastrous double bogey on the 9th.

With the tournament in the balance, Strydom held his nerve and produced some stunning golf at the start of his back nine rattling off four birdies across five holes to separate himself from the rest of the field. Strydom finished off his round with solid pars on the 15th, 16th, 17th and 18th to finish on -18 and win by two strokes.

Otaegui and Canter round out top 3 – Jamieson falls away

Despite Strydom’s two shot victory, Spain’s Adrian Otaegui and Britain’s Laurie Canter chased the South African all the way to the line.

At one point Otaegui had pulled level with Strydom ahead of the few closing holes, but some agonising missed putts on his back nine meant he couldn’t quite overhaul the South African’s lead.

Laurie Canter mounted an impressive final day charge to fire himself up the day four leaderboard. Canter, who has enjoyed success in South Africa before shot one of the rounds of the day finishing with a very impressive 64. His round consisted of seven birdies and one eagle with Canter’s only blemish coming on his first hole.

Heading into the final round overnight leader Scott Jamieson would have been hopeful of landing his first ever DP World Tour title. However it seemed the pressure got to him as he could only finish with a disappointing 76, eventually finishing in a tie for 11th.

Despite Christmas being just around the corner the top level golfing action doesn’t stop. This week the DP World Tour heads to Mauritius for the Mauritius Open. The tournament looks wide open so check back for all of the latest betting news ahead of the event starting on Thursday.