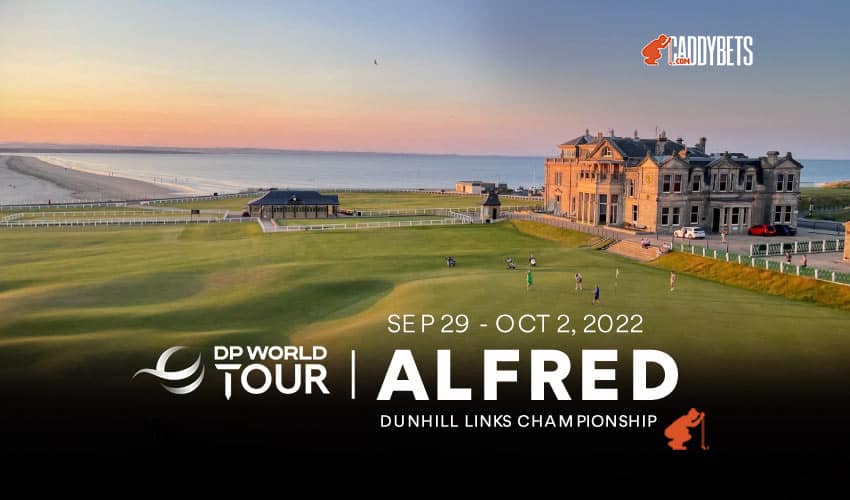 After finishing runner-up at the Open Championship in July, Rory McIlroy will get another chance for victory on the Old Course at St. Andrews with this week’s Alfred Dunhill Links Championship.

This is a pro-am event where each golfer plays the first three rounds. Then, the top-60 pros (including ties) join the top-20 pro-am teams for the final round on Sunday at the Home of Golf.

The event dates back to 2001 and was held annually (except in 2020 due to the COVID-19 pandemic). Danny Willett is the defending champion while Tyrrell Hatton and Padraig Harrington are the only two-time winners of the event.

The first three rounds will see golfers rotate among St. Andrews, Kingsbarns, and Carnoustie. The final round is held at St. Andrews. Expect lower scores than we saw at the Open because the putting surfaces are not made as difficult due to amateurs playing in this event.

Rory McIlroy’s (+450) last European Tour win came at the WGC-HSBC Champions event in November 2019, but he’s been oh-so-close this year. The PGA Tour’s FedEx Cup champion leads the DP World Tour standings and has finished no worse than 12th in eight events. This month, he was second at the BMW PGA Championship and fourth at the Italian Open. He’s also finished runner-up in this event three times.

Matt Fitzpatrick (+1000) is coming off a playoff loss at the Italian Open, which was his best finish since winning the U.S. Open in June. He had a nice run in this country in July, coming in 21st at the Open and was sixth the week before at the Genesis Scottish Open.

Shane Lowry (+1000) plays for the first time since winning the BMW PGA Championship at Wentworth earlier this month. He also tied for 21st at St. Andrews this year and was ninth at the Irish Open, so he’s played well in his home area of the world.

Tyrrell Hatton (+1700) and Tommy Fleetwood (+1800) represent great value. Hatton is a two-time winner here and was also runner-up last year. He hasn’t won since January 2021, but this represents the Englishman’s best chance. Countryman Tommy Fleetwood is also strong here, posting six top-seven finishes in this tournament and was fourth at St. Andrews in July.

Defending champion Danny Willett (+3500) is in good form, coming in second at the PGA Tour’s Fortinet Championship to Max Homa two weeks ago. In fact, Willett had a chance to win that tournament but missed two putts from close range on the final hole to lose by a stroke.

McIlroy doesn’t have great value but goes against him at your own risk. We would take our chances going away from him and taking Fitzpatrick, Lowry, Hatton, and Fleetwood for additional value.
Here are the latest odds from Jazz Sports for the DP World Tour’s 2022 Alfred Dunhill Links Championship.