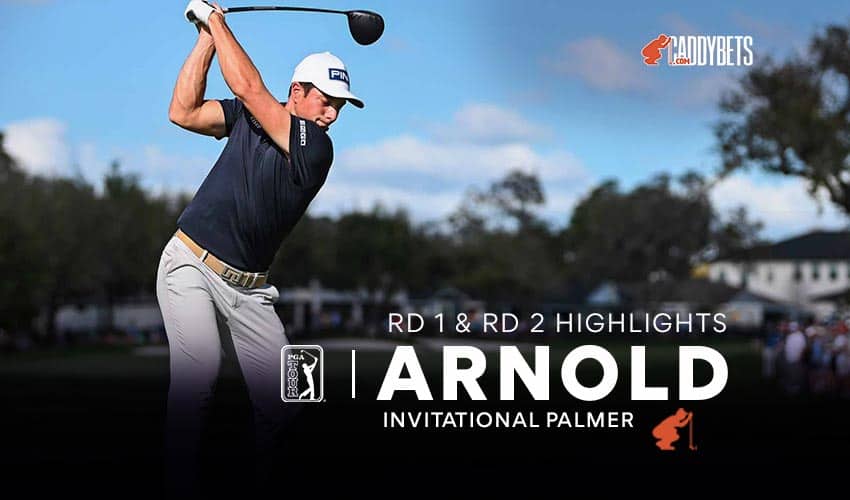 Arnold Palmer Invitational Round 1 and 2 Recap

Coming into this tournament, Jon Rahm was considered a pretty strong favorite, but he struggled all day, and Rory Mcllroy raced out to a two-shot lead while finishing with a 7-under par for the round.

Mcllroy knows this course and has played well here, but heading into the tournament; I felt like his driving accuracy might be an issue.

It certainly wasn’t on Thursday; in fact, Mcllroy was aggressive, and it paid off, especially on the par 5s where he was 5-under on those four holes. The stat that stands out to me is strokes gained driving, and from tee to green, where he led the field. As I mentioned earlier, I was worried about his driving accuracy, but he took care of that right away. Bay Hill is a challenging course, and you need to be a strong iron player to stay in contention; Mcllroy was brilliant with his irons on Thursday, giving himself eight looks inside of 15 feet. He keeps playing like this, and it’s going to be hard for the rest of the field to catch him.

Sitting two strokes back at 5-under are Beau Hossler, J.J Spaun, and Billy Horschel, who are all playing well. Still, I think it’s the group behind them that will actually stay with Mcllroy this week, including my sneaky pick Wil Zalatoris, who ranked in the top 15 from tee to green, which at Bay Hill keeps you in contention.

Rory Mcllroy came into his second round at the Arnold Palmer Invitational Friday full of confidence. Mcllroy arrives after his brilliant 7-under on Thursday.

He looked up at the leader board and saw Viktor Hovland finishing his round with a 6-under 66. Hovland shot the low round for the afternoon, which included seven birdies, and was inserted as the favorite with +160 odds, as projected by JazzSports.

McIlroy actually pulled even with Hovland at one point at 9-under, but as the greens became a little faster in the afternoon sun, his putts stopped dropping, and he finished his round two shots back. Mcllroy sits right behind Hovland with +350 odds to win the tournament, as projected by JazzSports. Tied with Mcllroy are past Bay Hill winner Tyrrell Hatton +650 and Talor Gooch +800, who won his first PGA Tour title in the final official event last year.

This weekend is shaping up to be a finish for the ages, and I expect Hovland, Mcllroy, and Hatton to all be in contention and fighting for that trophy come Sunday afternoon… but ultimately, I think Mcllroy will make the adjustments needed to pull out a win. His iron game is solid, and I believe the putts will drop.

After Round 2 at the 2022 Arnold Palmer Invitational, Viktor Hovland has been inserted as the favorite, as projected by JazzSports.

Join us to receive our daily Golf content, and make sure to stay tuned with the Official World Golf Rankings and golf odds.