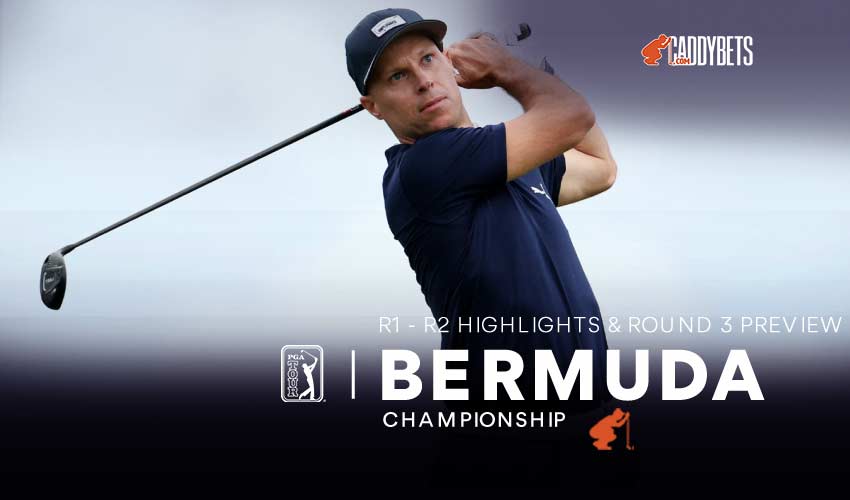 Crane leads the way on -14, one shot clear of a quintet of players which includes Austin Smotherman, Adam Schenk, Aaron Baddeley, Benjamin Griffin and Robby Shelton.

Heading into the week Crane was a name that not even the shrewdest of pundits would have predicted to be leading.

At 46, Crane hasn’t completed a full season on the PGA Tour since 2018 and hasn’t tasted success since his St Jude Classic victory in 2014. Crane hasn’t even led after a round since 2017.

In his second round Crane made the most of some great scoring conditions with a stunning -9 round of 62. Crane finished his round in stunning fashion, recording seven birdies across his final nine holes. There’s no guarantee that Crane will be able to repeat the feat today but he’s put himself in a great position to end his almost nine year title drought.

Crane’s score of -9 was the best round of the day, but several players threw themselves into contention with solid second rounds of 64.

Of the chasing pack it was Australian Aaron Baddeley who made the biggest move yesterday. The Aussie lit up the golf course with eight birdies and only one dropped shot.

Argentine Fabian Gomez will start the day three behind on -11 and will be looking to make further inroads into Cranes lead in order to position himself to land his first ever PGA title.

The danger man could be Irishman Seamus Power. Power has won twice on Tour and headed into the week as the highest ranked player in the field. At just two behind the lead he will be looking to make a significant move on moving day.

In a tournament where everyone who has made the cut will believe they can still win, the betting for the third round is wide open and there is plenty of value to be found.

Current favorite for the tournament is American Robby Shelton who will start the day in the chasing pack one shot off the lead.

Shelton is a recent Tour graduate following his promotion from the Korn Ferry Tour and he has started life on the main Tour well, making the cut in all four of his starts. A top twenty finish in the Shriners last time out will set him up well for a weekend push.

Adam Schenk comes next in the betting and it was an eventful start to the week for the American who realised at the airport he had forgotten his clubs and subsequently missed his flight to Bermuda.

The delay of his arrival doesn’t seem to have impacted his chances and after rounds of 63 and 66 he is well placed to challenge.

Seamus Power is third in the betting and he brings the best form into the weekend. The Irishman will be hoping to secure a Ryder Cup berth next year and a win this weekend could go a long way in securing his place.

Despite leading, Ben Crane finds himself well down the betting and can be backed at a massive price of +2200. Whilst it’s unlikely that Crane will hold on for the victory, at that price he could be worth a small play.