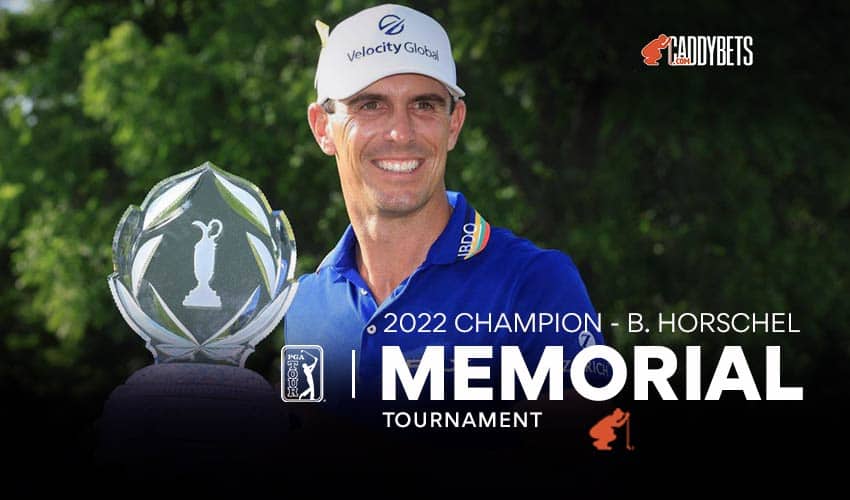 Billy Horschel began his Sunday with a five-shot lead as he looked for his first PGA Tour win of the season.

That lead was down to two when the 35-year-old Floridian lined up a 53-foot eagle putt that spanned the length of the green on the 15th hole. After draining that putt, the lead was back to four and he won by that margin over Aaron Wise with a 13-under 275 for the tournament.

“If I had to do something special, I was ready for it,” Billy Horschel said of his clutch putt. “Making that was huge.”

What led to the win, including a 65 on Saturday that put Horschel in position for his seventh PGA Tour victory and first since last year’s WGC-Match Play event, was a conversation with his wife, Brittany, after missing the cut at the Charles Schwab Challenge last week.

“She said, ‘Would you rather make the cut, finish middle of the pack … or go home, work with T.A. [coach Todd Anderson] and have a chance to win at Memorial?’”

Horschel did just that, turning a negative into the ultimate positive, winning with his three children in attendance for the first time.

After his entire family watched him come up one putt short of tying Scottie Scheffler and sending the Arnold Palmer Invitational into a playoff three months ago, he was able to celebrate this time.

“Having a five-shot lead, knowing it was mine to win, I really wanted to get the monkey off my back,” he said of winning with his kids in attendance.

Horschel earned 550 FedEx Cup points with the win in one of the PGA Tour’s signature events, which moves him up to 10th in the season-long standings, boosting his chances of receiving a Presidents Cup invitation.

Behind Wise (-9) was defending champion Patrick Cantlay and Joaquin Niemann at 7-under. There was a five-way tie for fifth among Will Zalatoris, Denny McCarthy, Sahith Theegala, Daniel Berger, and Max Homa, who set a PGA Tour record by striking just 99 putts in the tournament.

Ernie Els set the record at 100 in 2004 and was tied several times, including by Cameron Tringale last year, but Homa has the lowest count since the PGA Tour began keeping track of that statistic in 1983.

Jon Rahm, who won here in 2020 and had a six-shot lead going into the final round last year before he had to withdraw due to a positive COVID-19 test, had the best score of the day with a 69 to move him into a tie for 10th place at -4 with Sungjae Im and Brendan Steele.

The PGA Tour heads north of the border to Canada for the first RBC Canadian Open since 2019. Rory McIlroy won that event three years ago, and the last two were canceled due to the pandemic. Other key players heading to Royal St. George’s outside Toronto will be the two major winners of 2022—Scottie Scheffler and Justin Thomas.

Among those not participating will be Dustin Johnson, who is playing in the competing LIV Golf Invitational Series in England instead.