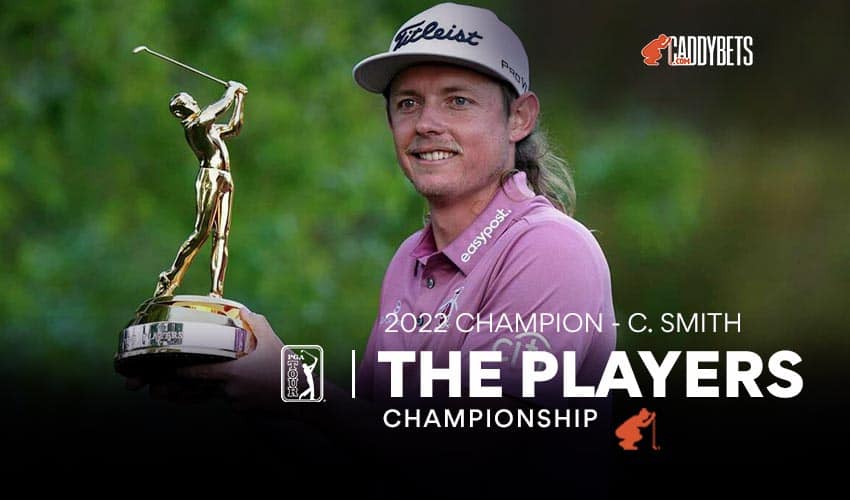 If the highlight of Cameron Smith’s 2022 was the fact that he was the first PGA Tour golfer to shoot 34-under par in a win at the Sentry Tournament of Champions earlier this year, that would’ve been a fine benchmark for the Australian.

But after a marathon Monday session that included the end of the third round and the entire final round after a week of messy weather, Smith prevailed at The Players Championship in his adopted hometown of Ponte Vedra Beach, Florida, and took home the winner’s share of the largest purse in PGA Tour history–$3.6 million for Smith, eclipsing the previous record of $2.7 million won by Justin Thomas in this event a year ago.

Smith did it with his mother and sister in attendance, as they arrived from Australia two weeks ago, marking the first time they saw each other in over two years due to the COVID-19 pandemic.

“I haven’t seen them in two years. It’s really cool to have them here,” Smith said in an emotional moment. “My main priority really was just to hang out with them and golf was second for these few weeks. It’s nice to see them and nice to get a win for them.”

Cameron Smith had just one par on in the final round going into the famous island green par-3 17th hole on the Stadium Course at TPC Sawgrass. To this point, his putter bailed him out, as he one-putted on eight of the final nine holes and gained four strokes on the green just in the final round.

Around 12 feet separated the pin and the water on the 135-yard hole, and Smith dropped his tee shot about six feet away from both. He ended up with a birdie and a three-shot lead, his risk taken on one of golf’s most famous holes paying off.

“I’d be lying if I didn’t push it a little bit,” Smith said. “I was trying to hit it over the bunker there and hold it up against the wind. The wind didn’t really do much for maybe three-quarters of the shot, and it held it up right there at the end. That was just awesome.”

It turns out that Smith needed that final birdie, as his second shot on 18 found the water, and he bogeyed the hole. Smith ended up winning the tournament (with a 13-under 275) by one stroke over Anirban Lahiri, who led going into the final round but finished one stroke back at -12. Smith shot a 66 in the final round after sitting in sixth place after 54 holes.

Paul Casey rounded out the top three with a -11 for the tournament. Kevin Kisner was fourth, and Keegan Bradley placed fifth.

Harold Varner III, who led after the first two rounds, finished tied for sixth with Russell Knox and Doug Ghim.

The highlight of Hovland’s tournament was recording a hole-in-one on No. 17 while Johnson surged up 50 spots on the leaderboard with a final-round 63.

The month-long Florida swing on the PGA Tour concludes with the Valspar Championship at Innisbrook Resort and Golf Club in the Tampa Bay area. Sam Burns scored his first PGA Tour win here a year ago, and he faces a strong field of 20 of the top 50 golfers in the world, including Hovland, Johnson, and Collin Morikawa, who missed the cut at The Players Championship for his first finish outside the top seven in five events this season.