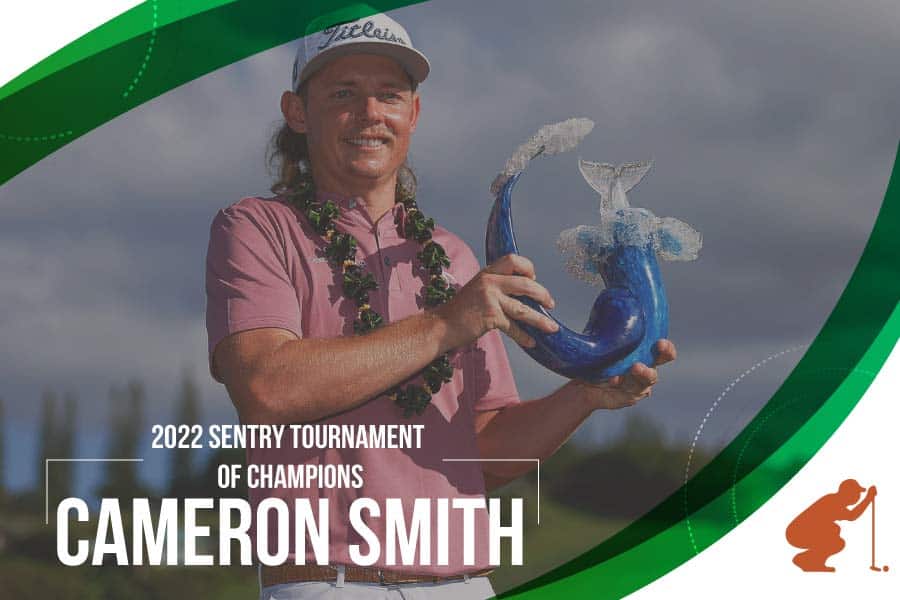 After a course renovation at Kapalua, average scores two years ago were at 72. It’s now safe to say that the PGA Tour pros have figured the course out.

In a winners-only event where last place Jason Kokrak finished at -7, Cameron Smith shot the lowest score to par in the history of the PGA Tour, with a 34-under 258 on the par-73 course.

Cameron Smith led the tournament by one stroke over Rahm after the first 18 holes, and the two were tied going into Sunday’s final round. Smith was four-under on the day after 12 holes, before ripping off three-straight birdies and then a birdie on the par-5 18th to seal the victory. Rahm had previously birdied 18, so Smith needed to sink that putt to win the tournament and avoid a playoff.

“It was intense,” Smith said of the final round. “Jonny and I played well the whole day. We had Matty in the group in front lighting it up as well. So, yeah, unreal round, something I’ll never forget for sure. … Obviously, being a leader is not easy. Restless sleeps. … It was nice to kind of see where my game’s at against some of the best players in the world. I’ve been working hard, and it’s paid off early in the season.”

The event, a no-cut tournament consisting of golfers who won in the calendar year of 2021, was the return to competitive golf for Rahm, the World’s No. 1-ranked golfer, who immediately showed that he remains in top form. He never shot lower than a 66 and tied the course record at Plantation with a 61 on Saturday. His 32 birdies also tied the record for most in a 72-hole PGA Tour event; the record is shared by Paul Gow and Mark Calcavecchia, who both recorded the feat in 2001. It’s the second-straight PGA Tour event where Rahm gave it his all but finished second, coming in as runner-up to Patrick Cantlay at the Tour Championship in September.

Jones, after eagles on 13 and 15, also tied the course record with a 61 to finish third. Behind that trio was Patrick Cantlay, the defending FedEx Cup champion, coming in fourth at -26 in his first competitive golf since the Ryder Cup. Collin Morikawa was tied for fifth with Justin Thomas, who overcame a 74 in the opening round to end up with a top-five, and Daniel Berger. Kevin Kisner and Sunghae Im tied for eighth at -24, and Cam Davis and Marc Leishman were tied for 10th at 23-under par.

Smith, an Australian, now sets his sights on the Sony Open in Hawaii, where he won at Waialae Country Club in 2020. He’s now just one of six golfers to have won both Hawaiian events on the PGA Tour.

Sign up and make sure to stay tuned for Cameron Smith Record updates, golf news, and PGA Tour schedule