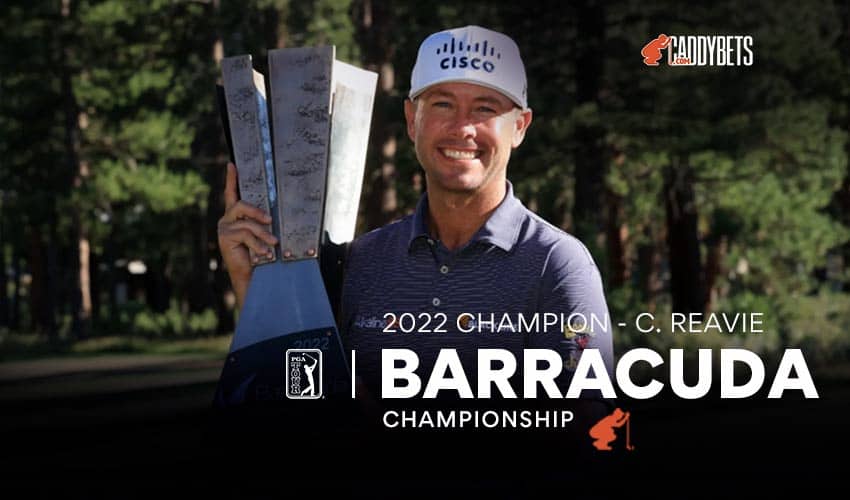 Chez Reavie held the lead in the final Barracuda round

Alex Noren was looking to become the seventh-straight first-time PGA Tour winner at the Barracuda, but his +14 via the Modified Stableford Scoring system was not enough as he parred the final two holes, falling short by one point to Chez Reavie, who held the lead in the final round and wound up with his third PGA Tour title.

“I’ve been working hard,” Reavie said. “I’ve been hitting the ball and I knew I could do it. I just kept grinding, and here we are.”

Because the event was held on the same weekend as the Open Championship, the event only paid 300 FedEx Cup points (as opposed to the usual 500) and doesn’t come with a berth into the Masters, but Reavie did extend his PGA Tour card through the 2024 season, and because this was a co-sanctioned event with the DP World Tour for the first time, he’s also able to play in that series through 2024 as well.

“I’ll get over there,” Reavie said. “I had no idea that that was on the table until I finished. I’m excited. I would love to go to Europe and play and maybe go play in the BMW or something. I’d enjoy that a lot.

Noren, a Swede who is a 10-time winner on the DP World Tour, couldn’t quite catch Reavie but was happy after posting his best finish since joining the PGA Tour in 2018.

“I love this course,” Noren said. “It was pretty tricky today with the wind. It’s been a roller-coaster of a week, obviously, but when you make the cut, you think, well, this is a great week anyway, and then I played good on the weekend and had a blast today.”

Scotsman Martin Laird, also representing the DP World Tour, finished third with 38 points. He scored seven points on a windy day in Lake Tahoe that was more reminiscent of what players were expecting at the Open Championship in Laird’s home country.

“Really tough out there in the wind.,” Laird said. “It was gusting all over the place. I think I started six back of Chez, so I knew he was obviously playing really well. I’d have to play a pretty special round today to catch him.”

The PGA Tour heads back to the United States for the 3M Open at TPC Twin Cities in Minnesota. Cameron Champ returns to defend his title from 2021 and will face a field that includes Hideki Matsuyama, Sungjae Im, and J.T. Poston, all of whom have won tournaments this season.