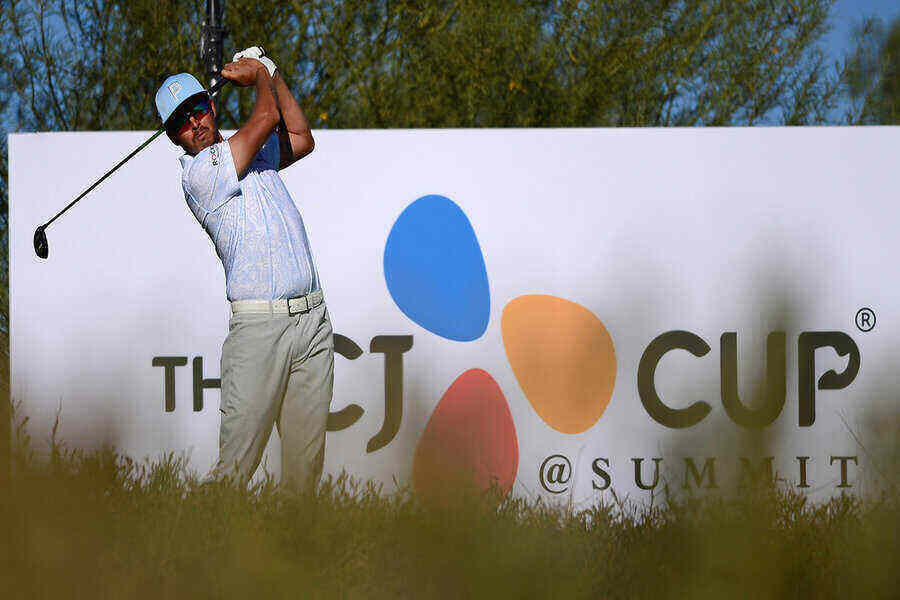 Coming into Saturday, Keith Mitchell was feeling pretty good.  After putting together two solid rounds on Thursday and Friday, Mitchell found himself with a five-stroke advantage and atop the leader board at the 2021 CJ Cup at The Summit Club in Las Vegas.  Let’s get into the CJ Cup Round 3 Highlights!

Mitchell made a pair of early birdies, chipping in from behind the green on the par-3 second and hammering a 3-wood into a light breeze to set up a two-putt birdie on the par-5 third.  Unfortunately for Mitchell, all it took was two bad swings to lose his advantage. He went into the desert on the 8th and compounded that mistake with a three-putt for double bogey.  The 9th wasn’t any better as he found the desert again and made another double bogey.  Mitchell spent the rest of the Saturday chasing and trying not to lose more ground in some cases. He holed a 30-foot birdie putt on the final hole for a 73 and finished four shots behind, and found himself no longer the favorite to win on Sunday, but instead saw his odds drop to +2800, as projected by Jazz Sports.

The day wasn’t much better for Jordan Spieth, who came into Saturday on the heels of Mitchell after his strong play on Friday, but he never seemed to get a rhythm and ended the day shooting a 72, leaving him eight shots behind.

Saturday belonged to Ricky Fowler and Rory Mcllroy, who now sit one and two on the leaderboard, respectively.  Fowler’s strong play saw his odds to win the whole tournament jump to +200 as the current favorite, as Mcllroy sits right behind him at +250 odds, as projected by Jazz

The last time Fowler led at the end of any round was in the 2019 Waste Management Phoenix Open, which he won for the most recent of his five PGA Tour titles, one being the 2015 Players Championship.  Fowler, who has fallen to No. 128 in the world and has just three top-10s in the last two years, has not led any round since the 2019 Waste Management Phoenix Open. However, after missing the cut last week at the Shriners Children’s, Open Fowler visited his old coach Butch Harmon and got a stamp of approval on the things Fowler is working on with his current coach, John Tillery.  It seems as if his hard work is coming together at the right time.

Mcllroy ended his day by hitting a 7-iron from 208 yards to 20 feet and making the eagle putt on the 18th. The former world No. 1, who has fallen to 14th, won the Wells Fargo Championship earlier this year but has yet to make a serious run until now.  Look for Mcllroy to be in contention come late Sunday afternoon.

Adam shot 67 to move into a tie for third at 18 under with Abraham Ancer (63) and Robert Streb (65), the leader after the first round…

Based on play on Saturday, here are the updated odds to win the whole tournament, as projected by Jazz Sports.

Join us at Jazz Sports and make sure to stay tuned for the 2021 CJ Cup news.