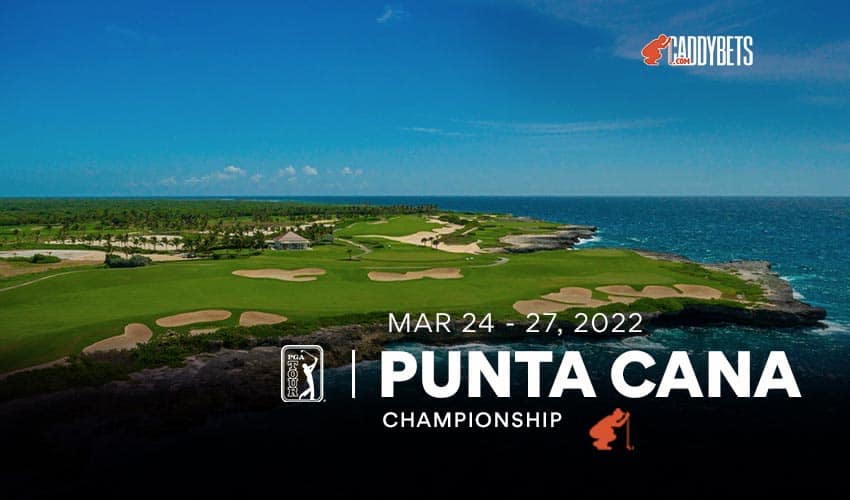 For the second time in four weeks, the PGA Tour is hosting a tournament concurrently with a larger one. While many of the world’s top golfers are in the 64-man field at the WGC-Dell Technologies Match Play, others are here in the Dominican Republic to try and get a PGA Tour win at the Corales Puntacana Championship at the Corales Golf Club.

Since it’s an alternate event, a win here pays 300 FedEx Cup points instead of the usual 500, and it also does not give a berth into the Masters as most PGA Tour wins do.

The tournament began as a Web.com Tour event in 2016 and became a PGA Tour event in 2018. Brice Garnett won that year, followed by Graeme McDowell in 2019. The event was a full-field tournament in 2020 due to it being moved to September because of the COVID-19 pandemic with Hudson Swafford winning. And the defending champion is Joel Dahmen, who won last year by one stroke over Sam Ryder and Rafael Campos.

The Corales Golf Club opened in 2010 and was designed by Tom Fazio. Despite being a seaside course, six of its holes are played along cliffs. The par-3 17th is a signature 214-yarder that features a small green along a rocky coastline of the Caribbean Sea. Hole 18 is a 501-yard par-4 where the golfer decides how much water they want to carry on the tee shot. In all, the course is fairly long at 7,666 yards and is par 72.

Is one of the more well-known golfers in the field, and that helps install him as the betting favorite at +1200. Vegas tends to be solid on longer courses, and he also was the co-leader after the first round of the Valspar Championship last week with a 64 before going even par the rest of the way to finish 27th. Vegas has two top-25 finishes this season and was 18th here a year ago—nothing to suggest he’s ready to win, but he has the tools to do so.

Had a pair of top-15 finishes at Corales before breaking through for his first-career PGA Tour win last year, so he’s got this course down. Dahmen is coming off 33rd and 39th place finishes the last two weeks at The Players Championship and the Valspar, and he was also sixth in the AT&T Pebble Beach Pro-Am.

Last year, Dahmen started the final round on fire, birdieing three of the first four holes in shooting a 32 on the front nine in opening up a big lead. He wasn’t as good on the back nine, firing a 2-over 38, but it was enough to win the tournament by one stroke. Now he should have even more confidence in his run at back-to-back titles.

Has flirted with his first PGA Tour win on more than one occasion this year, and this could be the rookie’s best chance for that first win. He was second in Shots Gained: Tee to Green at the Valspar last week and was rewarded with a seventh-place finish.

His first top 10 on the PGA Tour came at the Sanderson Farms Championship last fall, where he was the co-leader going into the final round before finishing tied for eighth. Then at the WM Phoenix Open, he was the sole leader after three rounds but finished tied for third. He just needs to be able to finish, which is a problem for many potential first-time winners, so with a bit of an easier field this week, he may have a better opportunity to get it done if he’s in position again.

Was the winner here in 2019 and was fourth here last year. The veteran English golfer performs well when water and a seaside breeze are factors. He’s had up-and-down results this year, missing the cut in five of his last eight events, but he was 13th at the Arnold Palmer Invitational three weeks ago in Orlando.

Hasn’t missed a cut here in all four editions since becoming a PGA Tour event. He won here in 2018 and still performs well at Corales, finishing ninth last year.

Two DP World Tour regulars are also contenders here. Thomas Detry (+2500) was 13th here last year and has made the cut in six of his last seven starts worldwide. Nicolai Hojgaard (+2000) won during the DP World Tour’s Dubai swing earlier this year but is a feast or famine-type golfer, so it’s tough to bet on him due to a lack of consistency.

The winner here in 2020, won The American Express in January but has missed the cut in five of his last six events. But Swafford was in a similar slump last year and finished sixth here, so a repeat performance isn’t out of the question.

Is second on the PGA Tour in fairways hit, which is an attribute that comes in handy on seaside courses where the wind is a factor. He’s made the cut in six of his last seven and has top-25 finishes in three of his last four starts.

Back-to-back winners on the PGA Tour is rare, but we saw Sam Burns do it in Tampa Bay last week, so it wouldn’t be a shock to see Dahmen do it again. We also like Theegala and Garnett among those on the odds board, and to round out our top-five picks, we take chances on longshots Swafford and Stuard.

Join us to receive our daily Golf content and make sure to stay tuned for updates, golf news, and PGA Tour schedule.