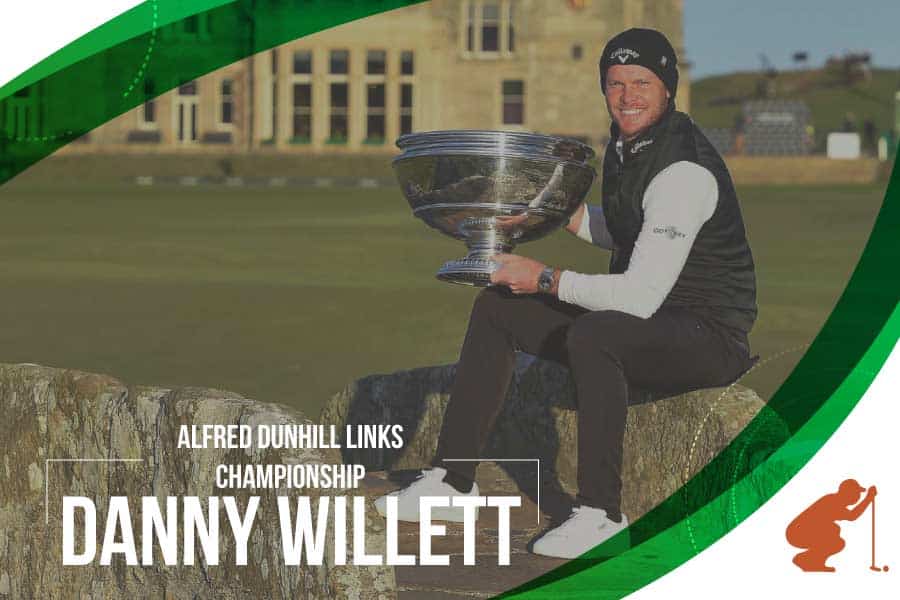 Englishman Danny Willett turned 34 on Sunday and won the Alfred Dunhill Links Championship at 18-under for his eighth win as a pro and first in over two years. Tyrrell Hatton and Joakim Lagergren were tied for second place, two strokes behind Willett at -16.

Getting to play on The Old Course at St. Andrews is a fine birthday present in itself, but winning at the Home of Golf is the ultimate treat.

Willett, the 2016 Masters champion, struggled with a variety of health issues this year, including bouts with COVID-19, appendicitis, a hernia, and surgery to remove wisdom teeth. But he’s returned to form in health and on the golf course.

“It’s been a very unfortunate last eight months, really. Every time the game feels like it’s been in a nice place, we’ve had a couple of things, issues with health, just things that you can’t really avoid,” Willett said after the victory. “To win here, to be British and to be able to win on British soil, to win at the Home of Golf, this is a very special one. Especially after how the last kind of year and a half has been for everyone involved.”

This tournament is unique, as it’s contested across three courses. The golfers played a round each at three historic Scottish links—St. Andrews, Kingsbarns, and Carnoustie—and then the players who made the cut faced a final round at St. Andrews on Sunday.

Willett led by three over Ryder Cup participants Hatton and Shane Lowry going into Sunday, but Richard Bland caught him just before the turn with five birdies in a six-hole stretch. Willett responded with birdies on holes No. 9 and 10 to regain a three-stroke lead, and then he parred the final eight holes to seal the win. Bland ended up tied for fourth with Lowry at -15.

A critical point for Willett was on the 10th hole, as his approach came up just short of the green on the par-4 10th hole. Choosing to putt from 40-feet, Willett sank it for a birdie. Meantime, Bland was playing the 11th hole and three-putted, extending Willett’s lead back to three and ending his last serious challenge down the stretch.

Since winning the 2019 BMW Championship, the combination of health issues and poor play on the course sent Willett to a No. 170 ranking in the Official World Golf Rankings. But he ended the day being on a short list of golfers who have won at both Augusta National and the Old Course at St. Andrews—two of the world’s most famous golf courses.

“This one, for everyone watching, this seems quite out of the blue,” Willett said, “but the practice I’ve been doing at home and the inner belief we have every time we get in and out of position to do something was proven again.”

Ryan Fox and cricket great Shane Warne were tied at 36-under with Hoey and Danaher after shooting a combined 56 on Sunday in the best-ball tournament, but Hoey himself was at -8 and Fox at -2, so the tiebreaker went to Hoey and Danaher.

“It is absolutely amazing to win this competition, in such an exciting finish, and I am especially happy for Michael,” Danaher said. “He is an absolute rock; he’s fantastic. I wish he could have won the individual event too, but hopefully, he’ll get an individual win soon.”

Interestingly, Willett also was in contention for the team competition too, falling by one stroke when playing partner Jimmy Dunne, an American amateur golfer, missed a putt on the final hole.

Willett’s win earned him $783,000 and became the seventh Englishman to win this tournament. Hatton recorded the feat twice in 2016 and ’17, along with Lee Westwood, Nick Dougherty, Simon Dyson, David Howell, and Oliver Wilson.

Since the Masters is considered an official event on the European Tour, all eight of his titles are in European Tour events. In addition to the BMW PGA win, his other notable win came in the 2018 DP World Tour Championship, Dubai. Prior to the win, he only had one top-10 finish this season (Puerto Rico), and his best finish at a major was tied for 33rd at The Open Championship.

Hatton was looking for this third win in this event but couldn’t make a charge after birdieing Nos. 5, 7, and 9. He remained three shots back throughout the back nine before sinking a birdie on No. 18 to finish at a 67 and tie for runner-up.

“I’m happy with how I played,” Hatton said. “out of the four days, [Sunday] was probably the best my game felt, but I didn’t really hole too many putts. Obviously, I was quite tired after the Ryder Cup, so if you told me at the start of the week that I’d end up finishing second, I’d been quite happy with that.”

Lagergren’s putter was on fire on the front nine, as he birdied holes 1 and 4 and then sank 30-foot putts at 5, 7, and 8 to move up the leaderboard, but he cooled off a bit and couldn’t make a serious charge at the leader in the final holes. Hatton’s birdie on No. 18 left Lagergren to share runner-up honors.

The European Tour will now spend the rest of October in Spain, as the next three events are in that country, starting with the Spanish Open from Oct. 7-10. There are five events remaining in the Race to Dubai, and then the DP World Tour Championship, Dubai takes place from Nov. 18-21 at Jumeirah Golf Estates in Dubai.

Follow us on Social Media for instant Danny Willett updates!