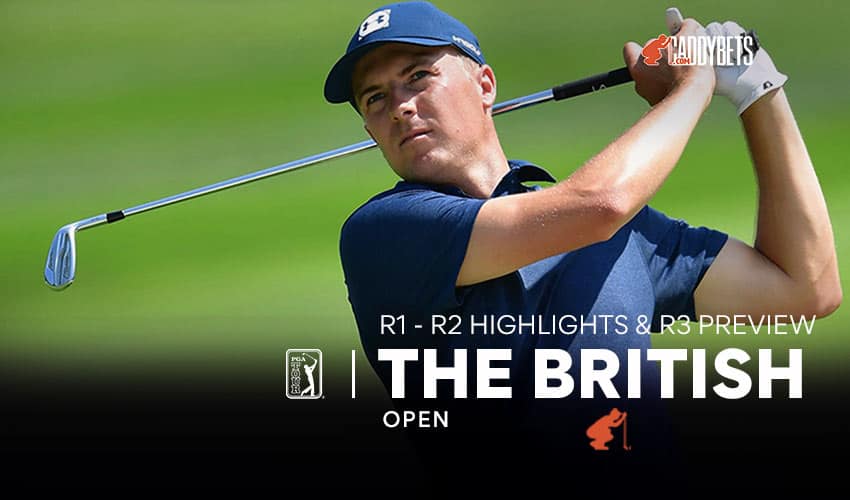 Oosthuizen and Speith Among Those Who Took Advantage of Good Conditions After Day 1 Open Championship.

The typical wind and rain that is common during The Open Championship weren’t around on Thursday, but recent rains soften the grounds at Royal St. George’s and led to some nice scores atop the leaderboard.

In a tournament that sometimes sees only a few golfers break par, 32 players bettered the par-70 score.

Louis Oosthuizen leads the way after recording six birdies in a nine-hole stretch from No. 8 to No. 16 to finish with a six-under 64. The South African won this tournament at St. Andrews in 2010 and has six runner-up finishes in majors since, including at the PGA Championship this past May. Oosthuizen tied the lowest round shot at Royal St. George’s during an Open, as Christy O’Connor Jr. also shot at 64 in 1981.

Is one stroke behind at -5, as is Brian Harman. Spieth’s win at Royal Birkdale was his last major title and his last of any kind until a win at the Texas Open earlier this year.

Stewart Cink, the 2009 tournament champion, is tied with four other golfers at -4. World’s No. 1 golfer Dustin Johnson posted a two-under 68.

On the opposite side of the leaderboard, U.S. Open champion and odds-on favorite going into the tournament Jon Rahm shot a one-over 71, as did 2019 Open champ Shane Lowry. Bryson DeChambeau also recorded a 71 and said he was unhappy with his driver all day.

Here are the updated golf betting odds on JazzSports for the winner of The Open Championship with 18 of 72 holes in the books.

ODDS TO WIN THE 2021 OPEN CHAMPIONSHIP

Sign up and make sure to stay tuned for Day 1 Open Championship updates, golf news, and PGA Tour schedule