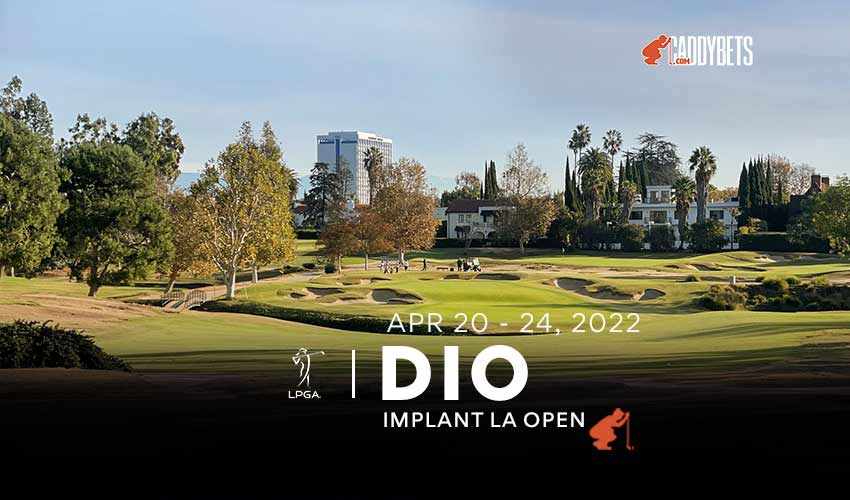 The stars of the LPGA return to the Los Angeles area for the fourth edition of the DIO Implant LA Open from the historic Wilshire Country Club, where the famous Hollywood sign is among the scenery.

Brooke Henderson came back from four shots back a year ago to win and is ready to defend her title after withdrawing after the first round in Hawaii last week due to illness. She is a part of the field that includes six of the world’s top 10 golfers for this event.

World’s No. 1 Ko Favored Over Henderson

The world’s top-ranked female golfer, comes in having won six events in her last 12 starts and recently set an LPGA Tour record by shooting 34-straight rounds under par. Ko, the overwhelming favorite at +650, doesn’t have a win here but has finished in the top five in all three prior events at Wilshire.

Recorded her 12th-career win here a year ago, shooting a 67 in the final round to surpass Jessica Korda for the tournament title. Despite not winning this season, she leads the LPGA Tour in Shots Gained: Total per Round.

The runner-up from a year ago, is coming off a second-place finish at the Chevron Championship at the end of last month and also has a seventh in five starts this season.

Was the winner here in 2019 and is in great form, finishing in the top 12 in three of four starts this year, including a runner-up at the HSBC Women’s World Championship in March.  Atthaya Thitikul (+1600) won the JTBC Classic presented by Barbasol last month but didn’t play in this event last year.

Was third here last year and was eighth at the Chevron Championship, the year’s first major. Chevron Championship winner Jennifer Kupcho, just two weeks after winning her first LPGA tournament, was back in action in Hawaii last week and finished an impressive 18th in difficult conditions.

We hate to be boring and back a huge favorite, but Ko is due for another win based on her recent performances, and she’s been so close here in three tries already. Korda will also be looking to avenge last year’s final round performance, and Lee is also worth backing.