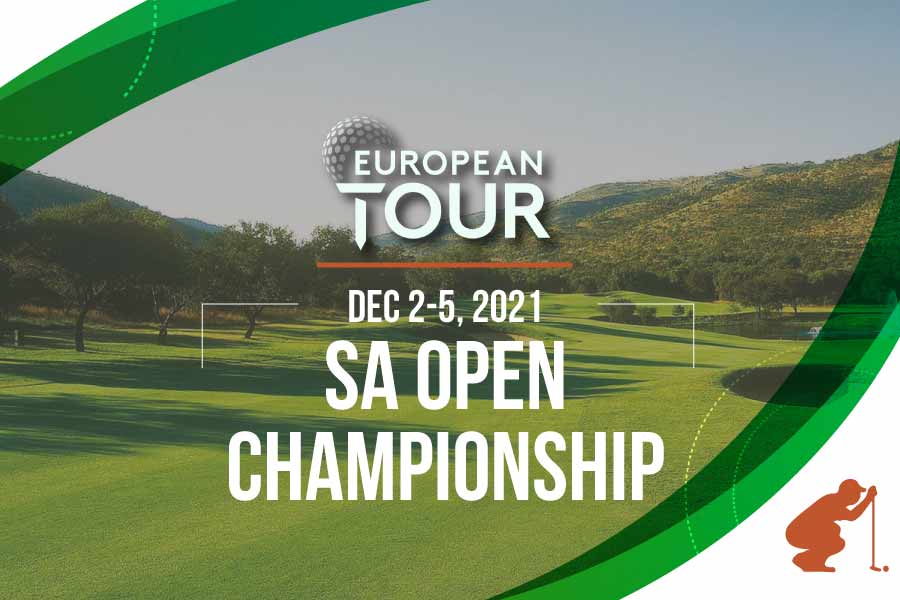 After waiting until the start of a new season on the DP World Tour (formerly the European Tour) to return to South Africa during the COVID-19 pandemic, the timing couldn’t have been worse. In the middle of last week’s Joburg Open in Johannesburg, news came out that a variant of the virus was discovered in South Africa and labeled a high concern by the World Health Organization. That caused most countries around the world to enact a travel ban to and from the country. That news, coupled with rain and lightning, led to the event being shortened to 36 holes after the second round wrapped up early Saturday morning.

The move benefitted South African Thriston Lawrence, who claimed his first-career victory on the DP World Tour by virtue of his four-shot lead at the end of the second round.

Now, the DP World Tour was to compete in the SA Open Championship, which is one of the oldest national open tournaments in golf, dating back to 1903, but the tour will not be participating due to the travel ban. Instead, the tournament rolls on as just an event on the Sunshine Tour, which is the top pro golf tour in South Africa.

Christian Bezuidenhout, one of the top South African golfers in the game, won in 2020 and will be back to defend his title as a strong betting favorite. This will be the second year that the event will take place at the Gary Player Country Club in Sun City.

Player, the most decorated South African golfer in the sport’s history as a nine-time major winner, has designed over 400 courses around the world, but this is the only one that lends his name. Player also has the most wins in this event, claiming victory 13 times from 1956 through 1981.

The course is one of the longest in the world, measuring in at 7,981 yards and is par 72. Due to its altitude, however, the course plays about 10% shorter than it actually is. The course is set in an extinct volcanic crater and has plenty of trees that can get players in trouble if they miss the fairly narrow fairways; the rough is also notoriously tough to play from. The 18th hole is a long par-5 that has water in play, so players will be tested to reach in two shots if they need to try and gain a stroke at the end of their round.

With many of the European stars absent, Christian Bezuidenhout’s odds of repeating here became a lot more favorable, as he’s a +600 favorite to win. The South African, who is ranked 48th in the Official World Golf Rankings, has three starts on the PGA Tour this year (his first full season) with a best finish of 15th at the World Wide Technology Championship at Mayakoba four weeks ago. He also had a fifth-place finish at the BMW PGA Championship in England in September and made the cut at all four majors.

Bezuidenhout has won four times on the European Tour over the past two years, including the Alfred Dunhill Championship and the South African Open in 2020. In his win here last year, Bezuidenhout dominated by shooting an 18-under 270, good enough for a five-stroke win over Jamie Donaldson.

Due to his dominance here last year, it’s tough to ignore this pick even with the low odds.

Is next on the odds board at +900. He’s had some solid results in big events recently, coming home seventh at the Alfred Dunhill Links Championship and then a sixth at the DP World Tour Championship, Dubai two weeks ago. His strength lies in his distance off the tee, which will suit him well on this course, where he finished fourth a year ago at 10-under.

Has experience here, finishing in third at 11-under here in 2020. Frittelli also has a fifth-place finish to his credit at the 2020 Masters as well as a fifth at The Open Championship this year.

Has +1100 odds and is already a winner on the DP World Tour and the PGA Tour at the age of 22. He won the Portugal Masters in 2020 and then won twice last season and also picked up a win at the Palmetto Championship at Congaree in his second-career start on the PGA Tour, overcoming a six-stroke deficit in the final round to win.

If you’re looking for some more value, Wilco Nienaber (+2000) is worth a look. He is one of the best in the field when it comes to driving power and distance. He missed the cut here last year but spent some time atop the leaderboard in 2019 at Randpark. He is also coming off finishes of 21st and 12th at the DP World Tour Championship, Dubai and the Joburg Open.

Brandon Stone (+2500) isn’t a major longshot but finished at even par here last year and won this event in 2016 by two strokes over Bezuidenhout at Glendower in Johannesburg. Xander Lombard is at +3000 and played well at the Joburg Open last week, finishing tied for runner-up behind Lawrence. Lombard also played well here at the Gary Player CC in 2019, as he led the Nedbank Golf Challenge in 2019 after rounds two and three before settling for an eighth-place finish.

Bet on the SA Open Championship!

Given the reduction in the field, this seems to be an event where a favorite will take home the crown. It’s hard to bet against Bezuidenhout to repeat, and Higgo has great value given that he’s playing in his home country and has already been a winner around the world over the past couple of years.

Sign up and make sure to stay tuned for DP World Tour updates, golf news and PGA Tour schedule