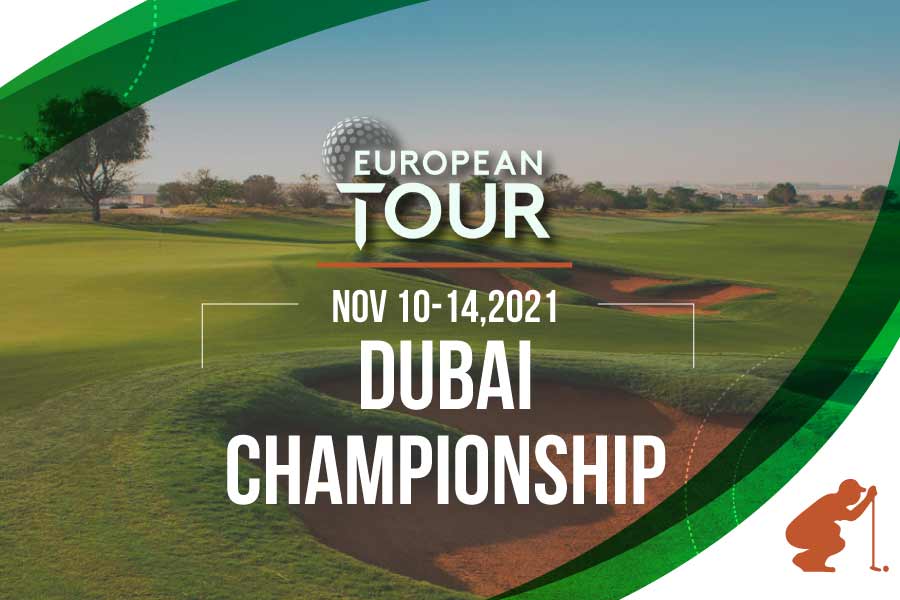 While the season finale is limited to the top-50 golfers in the Race to Dubai Championship standings, this event is open and features several golfers looking to secure their spot in the top 50 while others are tuning up for the finale. For the second-straight year, the European Tour pros will be getting a first look at golfing in Dubai before the season-ending DP World Tour Championship, Dubai next week.

This will be the second year of the event on the Fire course at Jumeirah Golf Estates in Dubai, United Arab Emirates. For the second-straight year, the event takes the place of the Nedbank Golf Challenge Hosted by Gary Player, which was to be held in South Africa and was cancelled due to COVID-19 travel complications. That event will return for its 40th anniversary in 2022. Next week’s tournament is held on the neighboring Earth course at the same venue.

Last year’s event was won by Frenchman Antione Rozner, who shot a 25-under 263 to finish two strokes ahead of Francesco Laporta, Mike Lorenzo-Vera, Andy Sullivan, and Matt Wallace.

One man who won’t have to worry this week about his Race to Dubai chances is Thomas Pieters, as the Belgian won the Portugal Masters last week to jump 41 spaces up to 29th in the standings, meaning that he can take a week off this week and prepare for the finale next week.

“I was going into this week and next week with my back to the wall; I had nothing to lose but everything to gain,” Pieters said after winning for the first time in two years. “I’ve never missed the end of the Race to Dubai and really didn’t want to miss it. I didn’t care if I finished first, second, or third—I just wanted to get there, but winning is amazing.”

Both the Fire and Earth courses were designed by Greg Norman as part of the Jumeirah Golf Estates residential community. The course is long, measuring 7,480 yards and par 72. The biggest challenge on the course are bunkers, including terracotta ones that line many of the fairways.

Casey and Fleetwood Lead Other Big Names at Favorite

The highest-ranked golfer in the field at No. 27 in the Official World Golf Rankings, is a co-favorite at +1000. The Englishman is playing his first European Tour tournament since August and is looking to cap a solid year over the next two weeks, as he’s currently seventh in the Race to Dubai standings. Casey finished in the top 10 in two of the four majors this year, was tied for fourth at the Olympics, and finished fifth at the WGC-FedEx St. Jude Invitational. He also won in Dubai earlier this year, claiming victory at the Omega Dubai Desert Classic in January.

Also comes in at +1000. The five-time winner on the European Tour has finished in the top five in the Race to Dubai standings four years in a row but stands in 13th coming into this tournament. He’s played just three times since September but has strong finishes in each: seventh at the Alfred Dunhill Links Championship, 12th at the BMW PGA Championship, and a runner-up at the Italian Open in September.

“Dubai is the perfect destination for golf, especially this time of year when you can enjoy the warm weather and the world-class facilities on offer,” Fleetwood said leading up to the tournament. “We are lucky to be playing back-to-back weeks on two fantastic courses, so I can’t wait to get back out there…and play the Fire course for the first time competitively.”

Bernd Wiesberger is next on the odds board at +1500. The Ryder Cup rookie has a win at the Made in Himmerland earlier this year and was sixth at the Omega Dubai Desert Classic. After finishing second at the European Masters, Wiesberger had a solid run in Spain, finishing 12th at the Open de Espana and was 11th the following week at the Andalucia Masters at Valderrama.

Matt Wallace (+2000) has struggled a bit this year, sitting outside the top 50 in the Race to Dubai standings and has missed the cut in his last three events, but he did finish tied for second here last year.

Min Woo Lee (+2000), on the other hand, has had some nice results recently, finishing tied for second at the Andalucia Masters and then was eighth at the Portugal Masters last week.

Rafa Cabrera Bello (+2500) was the surprise winner at the Open de Espana, winning in his home country and putting in in 31st in the standings. This will be his first tournament since the Andalucia Masters and will be a tune-up for the finale next week.

Defending champion Antoine Rozner is among a group of golfers at +3500. His win last year was his first on the European Tour and he since won again in Qatar, but he’s struggled recently, as a 36th last week has been his best finish over his last five tournaments. But a return to a course where he had success will be a welcome sight, and he sits 42nd in the Race to Dubai standings, so a good performance here will help secure his spot in the top 50.

Padraig Harrington, a major longshot at +12600 or possibly with a field bet, had a great showing with a 12th-place finish at the Portugal Masters with three rounds in the 60s and is currently ranked 58th in the Race to Dubai standings, so expect the veteran to have another strong round to try and sneak into the field for the DP World Tour Championship, Dubai.

Picks and Predictions for the Race to Dubai

Sign up and make sure to stay tuned for Dubai Championship updates, golf news and PGA Tour schedule