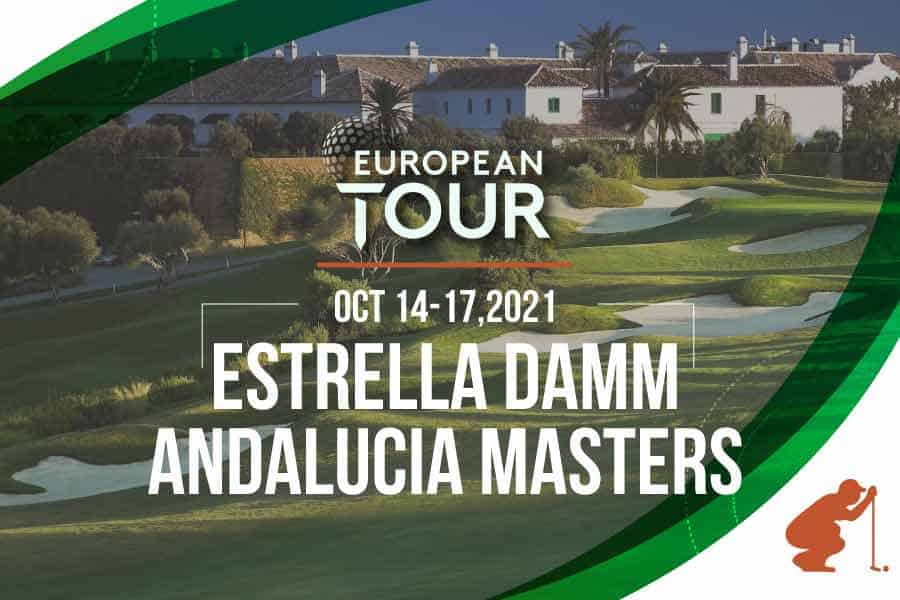 The European Tour’s journey in Spain continues this week with the Estrella Damm NA Andalucia Masters from the Valderrama Golf Club in Sotogrande, Spain. Countryman Jon Rahm was extremely popular last week, with full galleries cheering him on at the Open de Espana, and it’s expected to be the same this week for the world’s top-ranked golfer. Two fellow countrymen who won and finished second in a playoff last week—Rafa Cabrera Bello and Adri Arnaus—along with Ryder Cup teammates Matthew Fitzpatrick and Bernd Wiesberger will be his chief competition last week after Rahm finished a somewhat disappointing 17th last week in Madrid.

About the Andalucia Masters Tournament and Valderrama Course

The Andalucia Masters began in 2010 and prior to that, the Volvo Masters was held at Valderrama each year from 1998-2008. Miguel Angel Jimenez was the only Spaniard to win that iteration of the event, and Colin Montgomerie and Bernhard Langer were the only two-time winners. Since the change to the Andalucia Masters in 2010, the tournament struggled to gain footing early. After Graeme McDowell won the inaugural event and then Spaniard Sergio Garcia was victorious in 2011, the tournament was canceled from 2012-16, as the government there looked to cut costs. It returned in 2017, with Garcia winning that year and then a third-straight time in 2018. Christiaan Bezuidenhout claimed victory two years ago, and the defending champion is American John Catlin, who won by a stroke over Martin Kaymer at plus-2 on the scoreboard after a difficult day on the course.

Jon Rahm Is the Tournament Favorite

Rahm, who finished second in this event in 2019 after winning the Open de Espana that year, is the big favorite for the second-straight week with odds of +300. He said that this event at Valderrama sparked his family’s love for golf after it hosted the Ryder Cup in 1997 and winning here would be a career highlight.

“There’s a lot of tradition here. It’s a traditional Spanish-style course—narrow and short,” Rahm said. “Every time there is an event here, whoever wins is truly the best player that week. There is no way of hiding; you have to be the best.”

Rahm was in contention after 36 holes last week, but he was just 1-under in his final two rounds to finish six shots behind the leaders. But he said that he enjoyed having such great support from the fans, and he showed that by signing autographs for every child waiting for one after his final round on Sunday.

“It’s something I have to adjust to playing with so many fans and so many passionate fans,” Rahm added. “I prepare for every single tournament the same and I prepare to win, simple as that. Luckily, I get a little bit more support this week, which can only help.”

Rafa Cabrera Bello arrived at Valderrama with a smile, now that he ended a four-year losing streak by winning the Open de Espana last week. He’s +3000 to make it two in a row this week.

“I’ve never thought that my winning career was over. I’m always working, trying to win more often,” Cabrera Bello said. “[The Open de Espana] trophy I really, really wanted to win. For us Spaniards, nationally it’s the most prestigious event you can win. It’s definitely like a fifth major.”

While comparing the last event to a major, he did say that winning at Valderrama would be special, calling it “the Augusta of Europe.”

Adri Arnaus, who lost to Cabrera Bello last week in a playoff, is at +2500 as the 27-year-old still seeks his first win on the European Tour and would love to do it on home soil, especially after coming so close last week.

The Spanish contingent will be challenged by a pair of Ryder Cup participants who are right behind Rahm on the odds board. Matthew Fitzpatrick is +1200, while Bernd Wiesberger is at +1500.

Fitzpatrick won the DP World Tour Championship, Dubai at the end of the 2020 season but does not have a win yet this season. Recently, he tied for runner-up at the Scottish Open in July and was tied for 20th at the BMW PGA Championship last month, which was his last event besides the Ryder Cup.

Wiesberger has been playing well as of late, with three top-20 finishes in his last five events, including a runner-up at the Omega European Masters in August and a 12th-place finish last week at the Open de Espana. He also has a win this season at the Made in HimmerLand back in May.

Defending champion John Catlin is a longshot at +6000, but he led wire-to-wire here for his first European Tour win in his second season, outdueling Martin Kaymer throughout the final round to win by a stroke. Catlin has won twice since and can’t be discounted. Kaymer, in the meantime, is at +2500 to win this year. His loss by one stroke last year nearly ended his six-year drought of wins since the last winning at the U.S. Open in 2014.