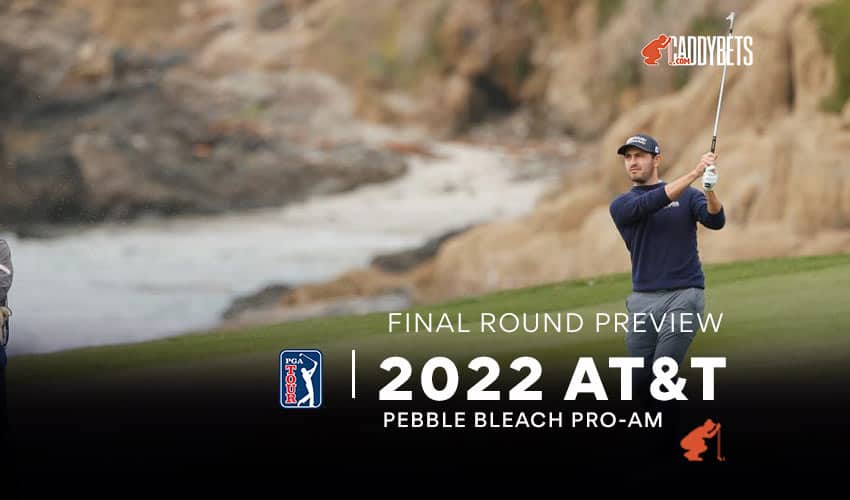 Just when we thought Friday’s tournament leader Seamus Power would run away and hide from the field based on his play, Saturday’s round three came and saw Power head in the wrong direction as he dropped as the favorite to win the AT&T Pebble Beach tournament. As a result, his odds to win fell to +1000, as projected by Jazzsports.

Power shot a 71 and saw six different golfers fly by him on the leaderboard, but even with his poor round, Power still only finds himself 2-shots back of the leaders.

That’s right, I said leaders, as there is a three-way tie at the top of the leader board between Tom Hoge, Beau Hossler, and Andrew Putnam, who all sit at 15-under for the tournament. Hoge shot at a 68 at Spyglass to get back into contention and improved his odds to win to +450, as projected by Jazzsports. The group sitting right behind the leaders at 14-under include Patrick Cantlay, Joel Dahmen, and Jordan Spieth. Yup, that Jordan Spieth, who was pretty much dead and buried in this tournament after round two.

Spieth had a 9-under 63, his career-low at Pebble Beach, going from 10 strokes behind Power to one shot behind the leading trio, and increasing his odds of winning the tournament to +400, as projected by Jazzsports, heading into the final play on Sunday. It seems Spieth has a flare for the dramatic with shots that fill the highlight reel, like his wedge shot during the Ryder Cup. Saturday Spieth didn’t disappoint as he took an approach shot off a 60-feet cliff on the iconic 8th hole a Pebble Beach, which had everyone holding their breath.

So, who heads into Sunday as the favorite with all the movement at the top of the leader board on Saturday? That distinction goes to Patrick Cantlay, who is currently the favorite at +275 odds to win it all, as projected by Jazzsports. Cantlay didn’t do anything extraordinary on Saturday, like hang from a cliff, but he was steady shooting a 68 to put himself one shot behind the leaders.

Sunday should be a fantastic finish to the 2022 AT&T Pebble Beach Pro-Am, with some big names in contention, but I’m sticking with my earlier pick of Seamus Power.

Power had a rough day yesterday, but he’s still only two shots behind, and it’s pretty hard to ignore how well he was playing through the first two rounds. I expect Power to regain his stroke and hoist the trophy come Sunday afternoon, plus I like his +2000 odds.

Get the latest information on the 2022 AT&T Pebble Beach Pro-Am updates, golf news, and PGA Tour schedule. Sign up to receive our daily Golf content and become a winner.