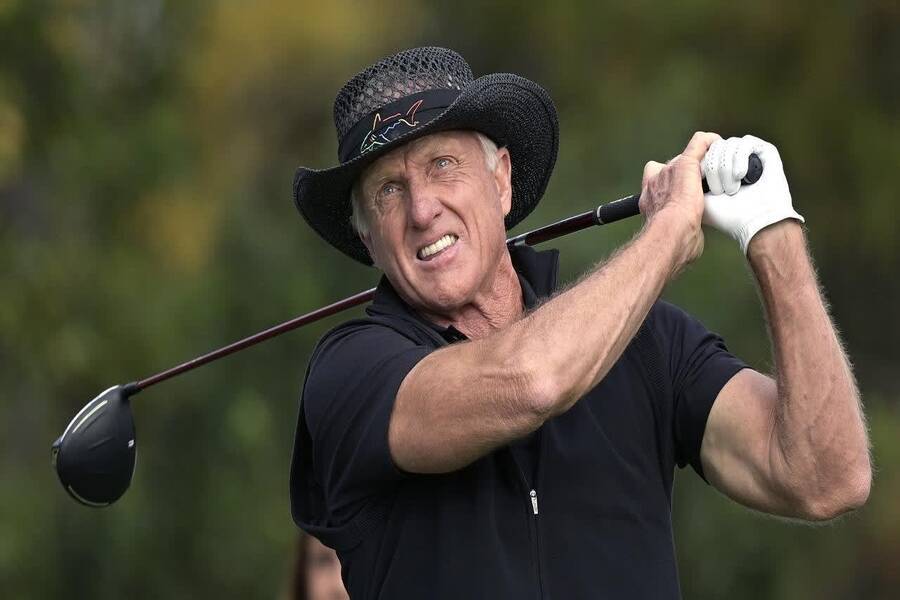 In what many are considering the beginnings of a potential challenge to the PGA Tour, World Golf Hall of Famer Greg Norman is the face of a new 10-event series on the Asian Tour. The series will debut in 2022 and run at least 10 years, but where and when the tournaments would take place have not been announced. Greg Norman was named CEO of LIV Golf Investments, a venture backed by Golf Saudi, an arm of the Saudi Arabian government that has put on the Saudi International since 2019.

The circuit is expected to pump $200 million in prize money and other investments in the 10 events, which will take place across Asia, the Middle East, and Europe. The partnership with the Asian Tour is key because it will allow players from other circuits—the PGA Tour, for example—to participate in events because they will issue Official World Golf Ranking Points.

The Asian Tour began play in 1995 and includes several countries in Asia along with Australia, New Zealand, and South Africa. It does not include Japan, which has its own pro golf tour. The Tour halted play in 2020 due to the COVID-19 pandemic, and its just getting back to play going into 2022.

Norman said his goal in this venture is to grow the game of golf on a worldwide basis, specifically in underserved markets in Asia.

“I see what has been needed [in Asia],” Norman said in early December at the QBE Shootout, an unofficial money PGA Tour event held in Naples, Florida. “I see the development of the game of golf, and all through the Pacific Rim there, specifically Vietnam. I see it in Thailand; I see it in Singapore; I see it in Japan.”

“We’ve got Hideki Matsuyama, who used to be the Asian amateur, now the U.S. Masters champion. I just want to be able to allow these players more of an opportunity to get the growth and the development they do need to be where they want to be, be a Hideki Matsuyama coming through the Asian ranks and coming up and winning a major championship let alone the U.S. Masters.”

Will Saudi Event Be a Large Part of the Deal?

While it is not a part of the proposed 10-tournament “league,” the Saudi International tournament, a part of the Asian Tour this year and set for February 3-6, is making headlines concurrent to this deal.

The event had PGA Tour pros participating in it but 2022 was looking to be different after it was dropped from the European Tour schedule shortly after the announcement that the PGA and European Tours would enter into a strategic partnership that would make it easier for golfers on each tour to participate in the others’ events.

That led to the PGA scheduling the AT&T Pebble Beach Pro-Am against the Saudi International, but eight prominent PGA Tour stars applied to the PGA to seek permission to play in that event instead of at the Pebble Beach event. Dustin Johnson, who has twice won the Saudi International, led the group of golfers that included Abraham Ancer, Kevin Na, Jason Kokrak, Lee Westwood, Tommy Fleetwood, Henrik Stenson, and Graeme McDowell.

While there were some qualifications added to the exemptions, the PGA Tour did end up granting releases to those wishing to play in the Saudi event. The list of commitments now also includes Bryson DeChambeau, Phil Mickelson, and Xander Schauffele.

In a memo granting the exceptions, the PGA Tour noted that a member can request three exemptions per season to Tour events, giving way to events in a foreign golfer’s “home circuit,” major championships, team events, and the Olympics. Otherwise, a player must obtain an advance written release, which the PGA can deny if it believes it would “significantly and unreasonably harm the PGA Tour and its partners.”

In this case, there was a condition to granting the releases. If a player had played in the Pebble Beach event at least once in the past two years, he must commit to playing it in either 2023 or ’24. Golfers who are playing in the Saudi Invitational and had not played at Pebble Beach in the last five years are required to play in two of the next three events there.

Is the Norman-led Group Beginning What Will be a Rival to the PGA Tour?

The big question moving forward is will this 10-event series on the Asian Tour be strategically planned to compete with the PGA Tour and its larger events, hoping to draw some of the sport’s biggest names to these new tournaments instead?

That’s a question that has yet to be answered, but between Norman and other golfers on the PGA Tour, the independent contractor nature of golfers seems to be a talking point.

Greg Norman was asked if the PGA Tour is centered too much in the United States, and the Australian-born golfer agreed.

“Seve [Ballesteros] and I were global players. The two of us, in separate schedules and separate directions, went off and did what we wanted to do as independent contractors. It was the competition that we loved and wanted to be involved with on a global basis. We cherished and relished every tournament we played. That spurred conversations with other players: What would happen if we could do this?”

Rory McIlroy, who is loyal to the PGA Tour, sees that side of the argument.

“I think we’re independent contractors and we should be able to play where we want to play,” McIlroy said earlier this month at the Hero World Challenge. “So in my opinion, I think the tour should grant releases. It’s an Asian Tour event, it’s an event that has official golf world rankings.

“I do see reasons why they wouldn’t grant releases,” Rory McIlroy continued. “But I think if they’re trying to do what’s best for their members and their members are going to a place other than the PGA Tour and being able to earn that money, I mean, we’re independent contractors and I feel like we should be able to do that if that’s what our personal choice is. My personal choice is not to do that, but obviously a lot of players are doing that and I think it’s fair to let them do that.”

With PGA Tour pros cleared to play the Saudi event, it will be interesting to see what Greg Norman and his group’s next moves are. If dates of the 10 events coincide with other big PGA Tour events like Pebble Beach, the ball will then be back in the PGA Tour’s court to respond.

Sign up and make sure to stay tuned for Greg Norman updates, golf news and PGA Tour schedule