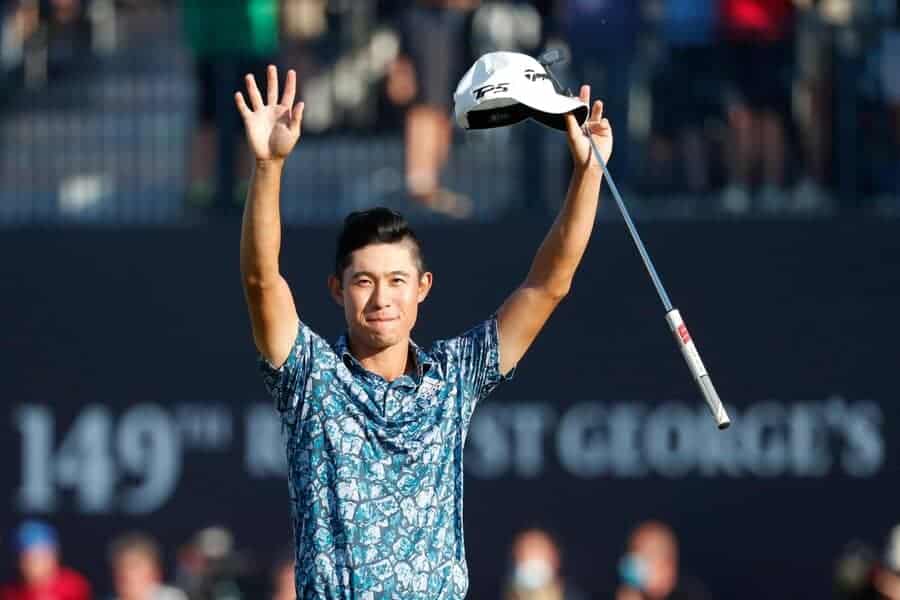 The 2021 Hero World Challenge recap day 3 just finished, Keep an eye on Morikawa, who seems to be on the top of his game right now, and should be in contention come Sunday afternoon.

This is starting to look like a pattern as we look at the leader board after round one at the Hero Challenge. Rory Mcllroy is paying some solid golf and seems to be in contention or winning tournaments at the start of the season. Mcllroy won the CJ Cup in October, and then nearly won the DP World Tour Championship in Dubai in November, and now finds himself in a tie for the lead at 6-under with Abraham Ancer and Daniel Berger. With his play on Thursday, Mcllroy maintains the favorite to win the tournament, as projected by Jazzsport.ag/*. Mcllroy turned it on with his play on the back nine, including an eagle on the par-4 14th to grab his share of the lead.

I’m not sure people realize how good Daniel Berger has been this year. Berger has ten top 10s in 19 starts in 2021, and coming into this tournament; he was not considered a favorite. Berger could be atop of the leader board all alone, as he was 7-under through 11 holes, but he played the last seven at one over to keep him in a tie with Mcllroy ad Ancer. Keep an eye on him this weekend, as his short game is fantastic and fits this course well.

A group of three, including Webb Simpson, Justin Thomas, and Brooks Koepka, sit right behind the leaders at 5-under. He was followed closely by a group of four at 4-under, including Tony Finau, Patrick Reed, Viktor Hovland, and Collin Morikawa.

What’s the key to grabbing the lead at the 2021 Hero World Challenge? Well, ten birdies is a pretty good start, and that’s precisely what Bryson DeChambeau did in his second round 64 to jump to the top of the leader board at 11-under par, and now has become the overall favorite to win the tournament at +300, as projected by Jazzsports.ag/*. I’m pretty sure not many people would have given DeChambeau even a chance this week after he got roughed up last week in his match with Brooks Koepka.

DeChambeua started his birdie run on the par-5 sixth, and the only hole he didn’t birdie over the next hour was the par-3 12th. Then, in classic DeChambeau fashion, he nearly drove the green on the reachable par-4 14th and caught a break when it was rolling off the steep slope and went into a sprinkler hole, which left him a simple up-and-down.

Collin Morikawa, my pick to win the whole tournament, made a late run on the back nine with a birdie-birdie-eagle sequence. Morikawa had a chance to tie or take the lead as he teed up on the tough 18th, but he shot a bogey that left him with a 66 for the round and put him right behind DeChambeau to win the tournament at +350, as projected by Jazzsports.ag/*. A win this week among this field, and Morikawa can reach No. 1 in the world, but it might be short-lived as Jon Rahm, who is not playing this week, is projected to return to the top based on the two-year rolling formula.

Koepka shot his second 67 in a row finishing 5-under for the day and one shot back at 10-under for the tournament. Koepka seems to be playing with a lot of confidence after his nine-hole beat down of DeChambeau last week. It looks as if the knee surgery that had slowed him down for most of the season is healed, and he is poised to be in contention come Sunday afternoon.

Collin Morikawa is making us look smart by choosing him as our favorite to win the 2021 Hero World Challenge. Morikawa put some distance between himself and the rest of the field by shooting an 8-under 64 and the first bogey-free round of the week. With his play on Saturday, Morikawa built a five-shot lead and made himself the clear favorite at -400 odds, as projected by Jazzsports.ag/*.

Morikawa took another step to becoming the World No. 1 when he chipped in for eagle on the par-5 third hole. He took the lead for good after his 10-foot birdie putt on the ninth hole and then decided he had enough of the rest of the field and shifted into another gear and left them in his rearview mirror. Down the stretch, he executed a series of brilliant shots, using his putter to save par, especially after he landed in the bunker on the 18th.

Brooks Koepka made one mistake on the day when he hit a soft chip that didn’t get up the hill on the par-3 eighth, leading to double bogey. He was bogey-free the rest of the way for a round of 69 and sitting five strokes back of Morikawa. Koepka’s odds to win the tournament jumped to +1000, as projected by Jazzsports.ag/*.

Bryson DeChambeau started the day at the top of the leaderboard with a one-shot lead, but that eroded quickly. First, Dechambeau hit a spectator at the back of the green, which was a good break for him when it darted back and rolled off a slope onto the putting surface about 15 feet. And then he three-putted for bogey. He ended up shooting a 73 and now is eight shots behind and pretty much out of contention.

There is a log jam at 12-under and six shots back of Morikawa. The biggest mover of the day in that group was Sam Burns, who had an eagle on the par-5 11th, followed by four straight birdies to get within two shots of Morikawa. But that was short-lived as he took bogey on the par-3 17th and finished his round with a double bogey for a 68. Burns odds to win the tournament moved to +2500, as projected by Jazzsports.ag/*.

After round three at the Hero Word Challenge, Collin Morikawa is currently at the top of the leaderboard and is the favorite at -400 as projected by Jazzsports.ag/*. The odds after round three have been updated below.