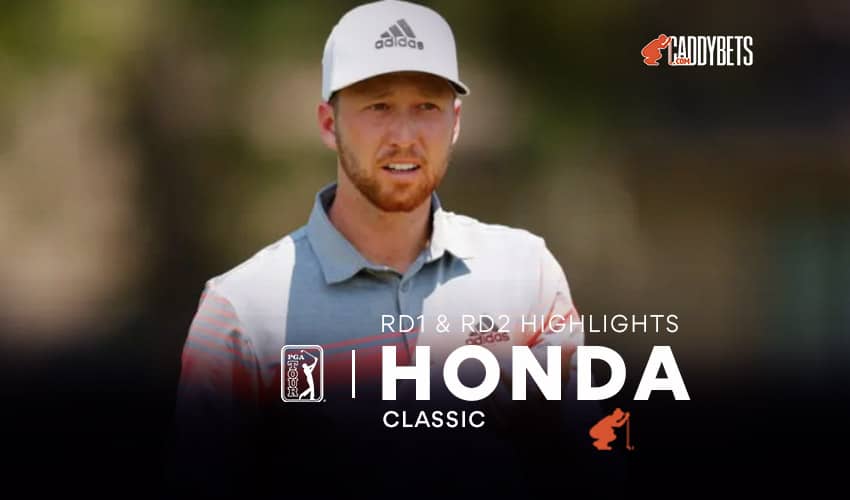 After weeks on the West Coast, the PGA Tour moves across the country this week to Florida for the 2022 Honda Classic. After Thursday’s round one, it looks as if Florida suits the No. 289 player in the world just fine, as he heads into Friday on the top of the leader board. Here is our Honda Classic Round 2 recap.

Oh, I’m sorry, you don’t know who the No. 289 player in the world is? That honor goes to Kurt Kitayama, and he certainly didn’t play like that on Thursday. On Thursday, Kitayama was nearly flawless at PGA National, shooting a 6-under 64 to take a one-shot lead over Daniel Berger, Chris Kirk, and Rory Sabbatini. It was Kitayama’s best score in 69 rounds on the PGA Tour, fueled by a career-best run of four consecutive birdies on his second nine.

The question is, can Kitayama take this wire-to-wire out of nowhere like Joaquin Niemann did last week? He holds only a one-shot lead over Daniel Berger, who was also was bogey-free, and missed an 8-foot birdie try on the par-5 18th to settle for 65. So, look for Berger to continue the pressure on Kitayama on Friday.

Also lurking only three shots back is a group that includes Peter Uihlein and Danny Willett. Behind them, four shots back, is Brooks Koepka, a Palm Beach County native playing a home game this week. And last but certainly not least is Joaquin Niemann, who won the Genesis last week at Riviera in Los Angeles. Niemann was four-under through 12 before giving it all back and settling for an even-par 70

Daniel Berger made sure to end the trend of wire-to-wire winners on Friday. When he played a near flawless round of golf at the 2022 Honda Classic.

On Thursday, Berger followed up his 65 with a 65 on Friday to open up a three-stroke lead heading into the weekend. With his play after the first two rounds, Berger has been inserted as the favorite with -120 odds to win, as projected by JazzSports.

First-round leader Kurt Kitayama eagled the par-5 18th as darkness was closing in, finishing a round of 69 and ending the day tied for second at seven-under and moving his odds to win the tournament to +1800, as projected by Jazzsports. Tied with Kitayama is Chris Kirk, who jumped to second behind Berger as his odds increased to +700 to win the tournament, as projected by JazzSports.

As we head into the weekend, look for Berger to put a little more distance between him and the rest of the field. Berger is playing with a bit of extra juice, as he lives about 15-miles away and is enjoying some home cooking for a change. As a result, I expect Berger to be in contention all weekend and ultimately hoist the trophy on Sunday evening.

After Round 2 at the 2022 Genesis Invitational, Joaquin Daniel Berger has been inserted as the favorite, as projected by JazzSports.

Follow us on Social Media instant Honda Classic Round 2 recap updates and more!