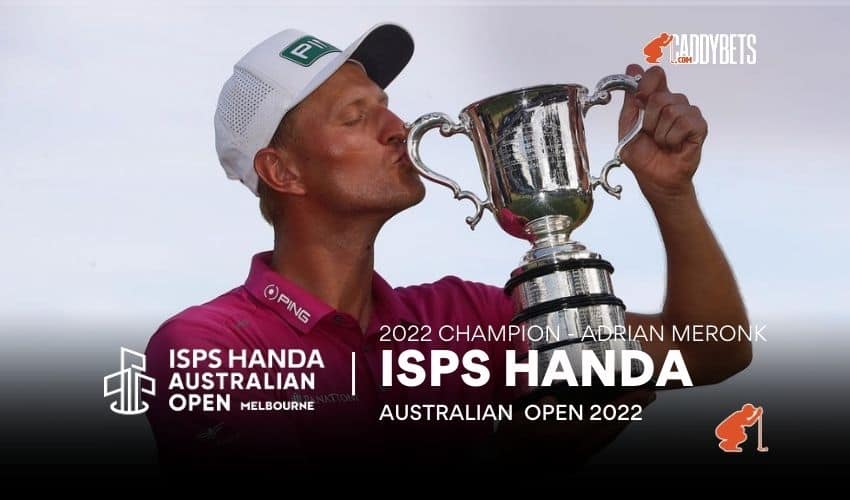 A historic ISPS Handa Australian Open 2022 concluded this weekend with both the men’s and women’s champions being crowned in this historic event.

Both the men’s and women’s events were played together for the first time with both winners receiving equal prize money of £940,000.

In the men’s event Polish sensation Adrian Meronk strengthened his Ryder Cup cause thanks to his second tournament victory of the season following his victory in Ireland earlier in the year.

In the women’s event Ashleigh Buhai denied Jiyai Shin by one stroke to take home one of the most lucrative prizes in the history of the women’s game.

For three rounds it looked like Adam Scott would win his home Open for the second time following his first victory in 2009. Playing masterful golf, Scott headed into Sunday’s final round holding a slim one stroke lead, but started the day as the title favourite.

With only thirty players left remaining in the field following cuts after the second and third rounds, Meronk made his intentions clear early with successive birdies on the 1st and 2nd holes. Feeling the pressure from Meronk’s hot start, Scott bogeyed his first hole and despite making birdies on 4 and 5, more dropped shots would follow on 7 and 8.

Scott’s challenge was officially over with a double bogey on his 16th hole. Scott would still finish second but will be disappointed he wasn’t able to see the job through.

From an early stage of Round 4 this looked like Meronk’s tournament to lose and the Polish youngster showed no signs of nerves.

After his birdie – birdie start, Meronk played nerveless golf paring every hole until the 9th when he picked up another vital shot. Wobbles would come on 13 and 17 but these would be nullified by birdies on 14 and 16. With the tournament all but sewn up, Meronk would wrap up the victory in style with an eagle on the last hole.

With attentions already beginning to shift towards who might make up Luke Donald’s European team at next year’s Ryder Cup, Meronk’s victory and overall form will see him firmly in the picture.

This year’s Australian Open had a layer of added intrigue due to the fact that the women’s tournament was played alongside the men’s. With no shortage of talent, the women’s event was full of contenders and the drama went right down to the wire.

Starting the day in the lead was South Korea’s Jiyai Shin, but this was a day where nerves clearly got the better of her as she could only card a disappointing 75.

Looking to take advantage of Shin’s deteriorating game was South African Ashleigh Buhai and hometown favorite Hannah Green. With so much on the line, both Buhai and Green carded over par rounds of 73 and 74, but it was Buhai put herself in pole position for the victory as she led by one as Shin walked down the final hole.

Needing a birdie to take the tournament into a playoff, Shin succumbed to the pressure and pushed her 5 foot putt just past the hole ensuring that it would be Buhai who would take home the victory.