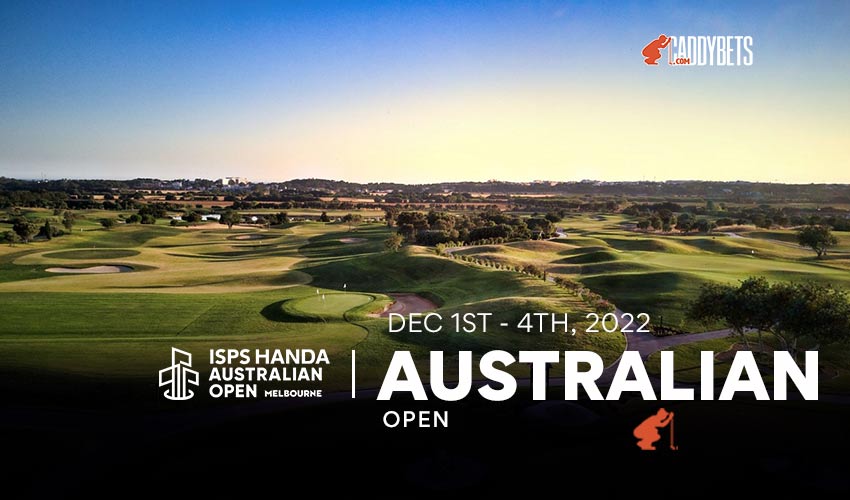 Cameron Smith has dominated the golf world in 2022—literally. After winning on the PGA Tour in Hawaii and Florida, the Open Championship in Scotland, and LIV Golf in Chicago, he took home the Australian PGA Championship last week to add a DP World Tour win to his incredible year.

Now, he’s looking for a repeat in his home country at the ISPS Handa Australian Open. This is the first time the tournament has been contested since 2019 due to the COVID-19 pandemic, and it’s the first year that the DP World Tour is co-sanctioning the event along with the PGA Tour of Australasia and the OneAsia Tour.

Because the men’s and women’s Australian Opens are held at the same time, the tournament will be contested over two venues in Melbourne: Victoria and Kingston Heath golf clubs. Golfers will play one round at each, and those who make the cut will play the final 36 holes at Victoria.

Kingston Heath is par-72 and 7,269 yards in length. Victoria is shorter (6,811 yards) and is a par 70. Both feature extensive bunkers to make up for the shorter distance.

Cameron Smith Looks to Add National Title to His Resume

Has never won this event, but it feels foolish to bet against him. Of all his accolades this year, he hasn’t won back-to-back events, but expect him to be highly motivated to take home another title in his homeland.

Is another Australian in fine form, finishing fourth last week and owning four top-10 finishes in his last five events with the other being a 12th at the DP World Tour Championship. He also won the ISPS Handa Vic Open in Australia in February 2020.

Finished mid-pack last week and had a nice run to end the 2021-22 PGA Tour season, coming in fifth in two of the final three tournaments against stacked fields in playoff events. Cam Davis (+1200), another PGA Tour pro, won this event in 2017 and had a top-10 finish last week in Brisbane.

Ryan Fox, from nearby New Zealand, is at +1500 and is coming off a tremendous DP World Tour season where he had a chance to win the season-long title going into the final event two weeks ago. Fox won twice on the circuit this year and was in the top four eight times in his last 22 starts. He missed the cut last week, and that oftentimes can lead to a bounce-back for a player of his caliber.

Last week’s runner-up, Jason Scrivener, is +2500. If it wasn’t for a 74 in the third round, he would’ve been in better position to win since he outscored Smith by a combined two strokes in the other three rounds.

It’s tough to bet against Smith at any odds in an event like this, but we’re thinking there will be another champion after he won last week. Min Woo Lee is our top target based on his recent form, and we also like Fox to rebound after last week’s MC.