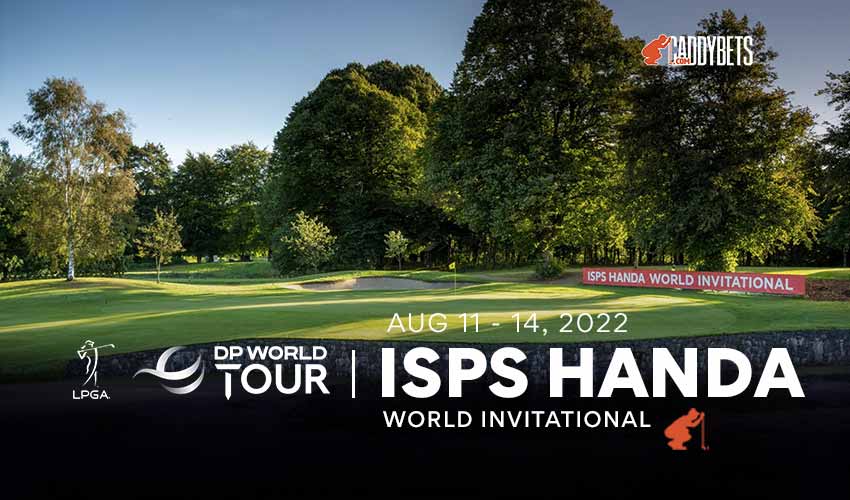 The LPGA’s four-week European run concludes this week with the ISPS Handa World Invitational 2022 at Galgorm Castle Golf Club in Northern Ireland. The event is co-sanctioned with the Ladies European Tour and is being played over two courses concurrent with a DP World Tour event on the men’s side.

This is the second year of the event, which was won by Pajaree Anannarukam in a playoff over Emma Talley.

The event will be played over two courses—Ballymena opened in 1997, while Massereene has more trees, smaller greens, is 200 yards shorter, and opened in 1895. Overall, accuracy will be more important than length on both tracks.

Hall, Maguire, and Grant Are the Betting Favorites

Englishwoman Georgia Hall is the narrow favorite at +500. She finished tied for 14th here last year and was 12th at the AIG Women’s Open last weekend. She has two wins on both the LPGA and Ladies European Tour, including the 2018 Women’s Open. She also won the Aramco Saudi Ladies International in March of this year.

Leona Maguire (+600) is the home-country favorite and is on an upswing of a season that’s seen its share of highs and lows. She picked up her first LPGA win this year and lost a chance to win No. 2 in a playoff to Jennifer Kupcho at the Meijer LPGA Classic. She didn’t have good finishes at the Women’s PGA Championship or the Evian Championship but was strong with a fourth at the Women’s Open at Muirfield last week.

Linn Grant (+700) is a rookie on the LPGA Tour but has had a decent month, finishing eighth at the Evian Championship and was 19th at the Women’s Open last week. She picked up wins on the Ladies European Tour in March, May, and June of this year.

Maja Stark (+2500), despite not playing well at the Evian or Women’s Open, has been a force on the Ladies’ European Tour this year, winning three times along with posting a runner-up and a third-place finish this season. Without a strong LPGA contingent here, she has a good chance to add to her resume.

Pajaree Anannarukarn (+2500) is the defending champion with some solid value here. The 23-year-old from Thailand won her first tour event here last year but the value comes from missing her last three cuts and posting just two top-10 finishes this year. Will the familiar grounds lead her back to great play on the course?

It’s tough not to back Leona Maguire’s luck of the Irish this week. Stark is also in good form and a better value bet than Hall or Grant.