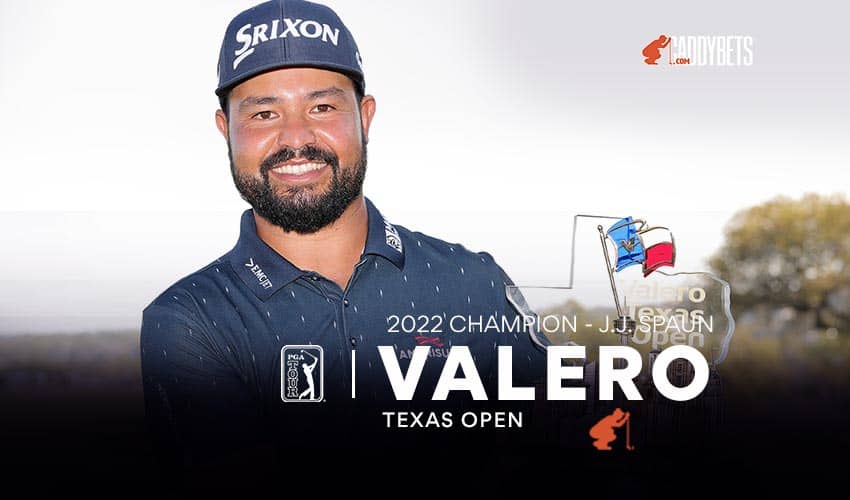 J. J Spaun pushed through to take the 2022 Valero Open

The 2022 Valero Open is known as the last chance for golfers to earn their way into the Masters that takes place the following week, and the tournament lived up to its billing this year.

J.J. Spaun, a 31-year-old pro who was winless in 146 PGA Tour starts, shook off a double-bogey on the first hole Sunday to shoot a 69 after going bogey-free the rest of the way, which was good enough to win the tournament by two strokes over Matt Kuchar and Matt Jones.

In addition to the winner’s share of the purse and 500 FedEx Cup points, the PGA Tour win gives Spaun an exemption into the year’s biggest events, including a trip to Augusta, Georgia this week.

“It’s a great feeling to be in the winner’s circle, and now it’s like a game-changer,” Spaun said. “I don’t know. It’s just perseverance. Just trying to push through and stay strong.”

Spaun became the first golfer to start a final round with a double-bogey and win the tournament since Tiger Woods did so at the 2008 U.S. Open.

“I’d rather double the first hole than the last one,” Spaun quipped.

Spaun finished the tournament with a 13-under 275.

Spaun, whose best finish this year was a seventh place at the Butterfield Bermuda Championship, entered Sunday tied for the lead at 10-under with Brandt Snedeker, who had run out of exemptions and was looking to qualify for a return to Augusta.

Snedeker had missed five-straight cuts but was in line for his first win since 2018. However, he shot a final-round 75 to finish 18th.

Kuchar was also looking for a return to Augusta but fell two shots short. He needed to birdie the par-5 18th and hope that Spaun bogeyed, but Kuchar’s second shot went into the water, whereas Spaun overcame a bad tee shot to reach the green in three, leaving a 3-foot putt for par to win the tournament.

Jones shot a 66 on Sunday to move up from sixth at the start of the day to a share of the runner-up spot with Kuchar.

Adam Hadwin tied for fourth, and he’s been on quite the hot streak as of late. The Canadian now has three-straight top-10 finishes, dating back to The Players Championship last month. Also finishing in fourth at -10 were Troy Merritt, Beau Hossler, and Charles Howell III, who recorded his first top 10 in an official FedEx Cup event this season.

Rounding out the top 10 were five golfers tied for eighth place: Keegan Bradley, Matthias Schwab, Gary Woodland, Brendon Todd, and Dylan Frittelli. Defending champ Jordan Spieth had trouble with his putter and wasn’t a factor, rallying to finish 35th after shooting a 67 on Sunday.

The golf world descends upon Augusta this week for the Masters, the year’s first major. Hideki Matsuyama will be defending his title against the top stars in the game, and that may include Tiger Woods. He hasn’t played an official tournament since suffering a severe leg injury in a February 2021 car crash, but the five-time Masters winner was practicing at Augusta over the weekend and said he will be a “game-time decision” for the event.