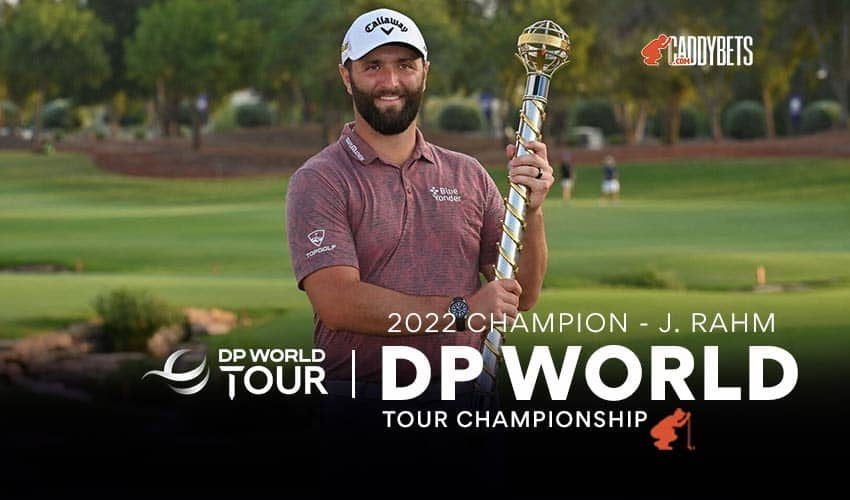 Rory McIlroy made history in Dubai on Sunday, but Jon Rahm is leaving the country quite happy as well as the DP World Tour Championship 2022 winner.

McIlroy finished a solid fourth to finish above all his challengers in the race for the Harry Vardon Trophy to win his third season-long DP World Tour Championship of his career and the first since 2015. He also becomes the only golfer to win that tour and the PGA Tour’s FedEx Cup in the same year.

While winning three times on the PGA Tour in 2022, McIlroy technically didn’t have any DP World Tour wins (the majors count in both series), but in 10 events on this tour, he had eight top-10 finishes and his worst result was a 12th in January in Abu Dhabi.

“I keep saying that I’ve been a pro now for over 15 years, and to still try to figure out ways to try to accomplish new things, that’s what keeps me coming back,” McIlroy said after the tournament.

McIlroy, also the No. 1 ranked player in the Official World Golf Rankings, says getting his first major win since 2014 is next on his to-do list.

As for Jon Rahm, he’s looking to be in the form he had in late 2020 and early 2021, when he rose to the world’s No. 1 ranking himself. In his last four events, he has two wins (Open de España and here), a runner-up (BMW PGA Championship), and a fourth (PGA Tour’s CJ Cup).

Because he only won once on the PGA Tour in 2022 and didn’t contend at the majors, Rahm scoffs at the talk that he had a bad year.

“I like this course and this course likes me! I hope this is the third of many more,” Rahm said after winning this tournament for a record third time. “Hopefully people can stop telling me that it was a bad year. Three wins worldwide, three wins in three different continents. Yeah, it wasn’t a Major Championship but it’s still a really, really good season.”

Rahm shot a 67 on Sunday to finish at 20-under for the tournament, two shots ahead of Tyrrell Hatton and Alex Noren. McIlroy was fourth at -16, and Fitzpatrick and Tommy Fleetwood were tied for fifth at -13.

Rahm moved up to third place in the final DP World Tour Rankings behind Ryan Fox. Fitzpatrick had a chance earlier in the weekend to surpass McIlroy for first place, but McIlroy shot into the top five on Saturday, and Fitzpatrick—who needed a win and for the Northern Irishman to finish seventh or worse—crumbled after the turn on Sunday to finish with a 73. Fleetwood finished fifth in the rankings.

The DP World Tour gets the 2023 season underway immediately with the Joburg Open this weekend, which is the first of three events in South Africa and then another in Mauritius before taking a month-long break for the holidays.