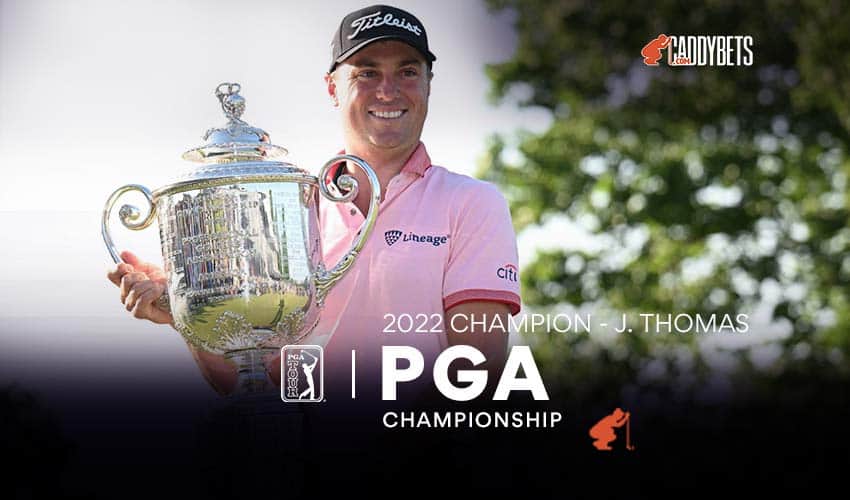 Justin Thomas wins final round of the 2022 PGA Championship

As contender after contender battling for their first major title dropped, it was Justin Thomas—the crafty veteran and winner of the 2017 PGA Championship—who was recording pars with the occasional birdie on the back nine as the other three contenders shot above par. Here our 2022 PGA Championship Final Round recap

In the end, Thomas and Will Zalatoris, who has been remarkable in majors in his young career, advanced to a three-hole playoff with Thomas clinching the win with a par putt on No. 18 after a birdie on No. 17 was the difference-maker.

Thomas started the day at Southern Hills seven shots behind leader Mito Pereira and with six golfers ahead of him on the leaderboard, but he picked them off one by one until his tap-in for par on the 75th hole left him as the last man standing—literally, as he stood frozen in disbelief after his winning putt.

“I remember how tough it is now to win, so I knew I was going to be nervous, and I knew they’d be feeling the exact same thing,” Thomas said, referring to the six who started ahead of him on Sunday and were all looking for their first major. “You just don’t know what’s going to happen.”

Thomas, who started the tournament at 14-1 to win but was 28-1 going into Sunday, started his run with a birdie on 11 and followed it with another on 12. He finished clean with five more pars and a birdie on 17 to end up with a 5-under 275.

Zalatoris, who was second in the Masters in 2021 and sixth this year, improved from his eighth-place finish in the 2021 PGA Championship, but the 25-year-old remains the most likely golfer to get his first PGA Tour win this season after another strong performance that included a birdie on 18 to force a playoff after recording a couple of bogeys on the back nine.

Even in defeat, Zalatoris knows time is on his side even after falling 0-2 in playoffs this season.

“I know I’m going to get one,” said Zalatoris. “Just a matter of time.”

The man who will replay the 18th hole over in his mind is Pereira. After coming inches short of a birdie on 17 that would’ve given him a two-shot lead going into the final hole, the Chilean playing his first major in three years sliced his tee shot into the water and carded a double bogey. Pereira admitted to being nervous going into the day as the leader, but he was steadfast through 71 holes before it all fell apart.

One man not present at Southern Hills Sunday was Tiger Woods. After an under-par round Friday to make the cut, the foot he’s rehabbing became painful in the cold weather on Saturday in shooting a 79. Woods decided to withdraw instead of play through more pain on Sunday.

Cameron Young tied Pereira for third place, one shot behind the leaders. Tommy Fleetwood and Chris Kirk tied Matt Fitzpatrick for fifth. Fitzpatrick was also in contention on Sunday but shot a 3-over 73 to finish at 3-under for the tournament.

After leading the first round, Rory McIlroy fell too far behind with two rounds over par but ended up with a 68 on Sunday to finish eighth.

The PGA Tour head south to Texas one more time this season for the Charles Schwab Challenge to be played over Memorial Day weekend. Jason Kokrak is the defending champion, and he will be challenged by a field led by Scottie Scheffler, coming off a rare missed cut at the PGA.