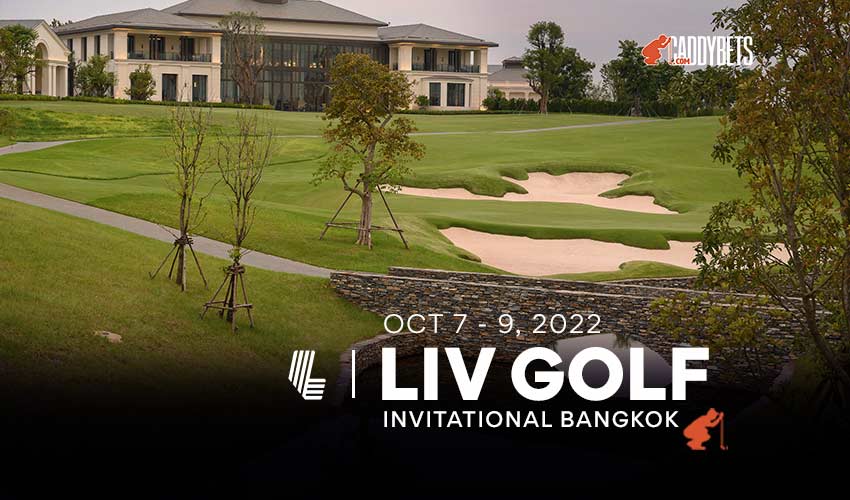 Dustin Johnson and Cameron Smith Expected to Duel Once Again at the LIV Golf Bangkok in Thailand.

The international nature of LIV Golf will be felt over the next two weeks, as the tour debuts in Thailand this week for LIV Golf Invitational Bangkok, and the tour will play in Saudi Arabia next weekend.

Despite the shift in locale after holding its last four events in the United States, the two names that have dominated much of the new series since they have been a part of it are expected to do so once again—points leader Dustin Johnson and 2022 Open Championship winner Cameron Smith, who won the most recent LIV event in Chicago in his second start with the series.

With two individual events left before the team championship takes place in Miami, Johnson is nearly assured of taking home the $18 million bonus to the individual champion. His 136 points are well ahead of Braden Grace’s 79. The system rewards wins and top-10 finishes, so Cameron Smith is third in the standings with 56 even though he has competed in just two of the five tournaments. Charl Schwartzel, the winner of the inaugural event in London in June, is fourth with 55 points.

The Stonehill Golf Club in Bangkok is playing host to this week’s event. It’s a brand new course that’s also a beast. Stonehill opened this past August—Johnson said that only 15 rounds have been played on it before LIV golfers arrived this week—and it’s a par 72 course that measures a whopping 7,816 yards. Three par-5 holes are more than 600 yards, and there are five par-4s that measure over 490.

There’s plenty of sand and water here, but since the trees have been recently planted, fairways are wide open. Even though there’s no history to draw on from this course, we do know that the long hitters will have the advantage going into this event.

Dustin Johnson (+500) had a dramatic win in Boston where he knocked in an eagle putt to win, and Cameron Smith (+500) cruised to a victory in Chicago. Now, both men are poised to become the first two-time winner in the LIV Golf Invitational Series here in Bangkok.

Johnson has four-straight top-five finishes and is the only LIV golfer to record a top-10 in each of the first five events so far. His 4 Aces team, of which he is the captain, has also won the last four team parts of the competitions.

Smith, ranked third in the Official World Golf Rankings, has had one of the best years of any pro in 2022. He not only won the Open Championship at St. Andrews but also The Players Championship and the Sentry Tournament of Champions (with PGA Tour record to par of -34) before adding the LIV Golf Chicago trophy to his mantle. While also not exactly playing in his homeland of Australia, this is closer to Smith’s part of the world than the American Johnson’s, and Smith also began his career playing on the Asian Tour.

Joaquin Niemann (+700), while not having the same amount of success Smith had since joining him in the move from the PGA Tour to LIV Golf, has still been impressive in his first two outings: tied for runner-up in Boston and fifth in Chicago. He would like to add a LIV win to a 2022 that already includes a PGA Tour win at the Genesis Invitational, making the cut in all four majors, and finishing 11th in the FedEx Cup at the Tour Championship last month.c

Bryson DeChambeau (+1800) hasn’t been that effective thus far in his LIV Golf career, posting a best finish of 10th twice in his four events. Any event that features such length, however, is right in DeChambeau’s wheelhouse—he did finish second in the Long Drivers World Championships a week ago, after all.

Matthew Wolff (+2500) leads LIV Golf in driving distance with an average of 322.1 yards per big hit. If he’s going to contend here, however, he will need better consistency. After starting with a 63 in Boston and 67 in Chicago, he finished out of the top 10 in both events. Wolff did score a runner-up finish in Bedminster, New Jersey, so he’s not far from putting it all together.

Peter Uihlein (+6000) is coming off a 10th-place finish at the Alfred Dunhill Links Championship last week on the DP World Tour, so he’s coming here with some momentum, and he also has two top-fives in LIV, including a runner-up in Chicago. Uihlein’s Achilles heel has been hitting fairways (only 48% in LIV), but this course will be generous in that regard.

Henrik Stenson (+5000) came out of nowhere to win his first LIV event at Bedminster, New Jersey, and there are some signs here that he may play well. He was runner-up to Lee Westwood previously in Thailand on a course designed by Kyle Phillips, who is the architect behind Stonehill. Phillips has also designed some courses in Sweden and the Netherlands where the Swede has excelled.

If you’re looking to back a home-country favorite, take a look at Phachara Khongwatmai (+9000). He will have the home-field advantage over most of the rest of the field and is a big hitter, so the length of this course can play to his advantage. Plus, if he gets off to a good start, the gallery will rally behind him.

While there are some value picks here, including Wolff and especially Uihlein, it’s hard to steer clear of Johnson and Smith. The best strategy might be to hedge on the two favorites and try a couple of upset picks to go for a weekend profit.

Here are the latest odds from JazzSports for the 2022 LIV Golf Invitational Series Bangkok.