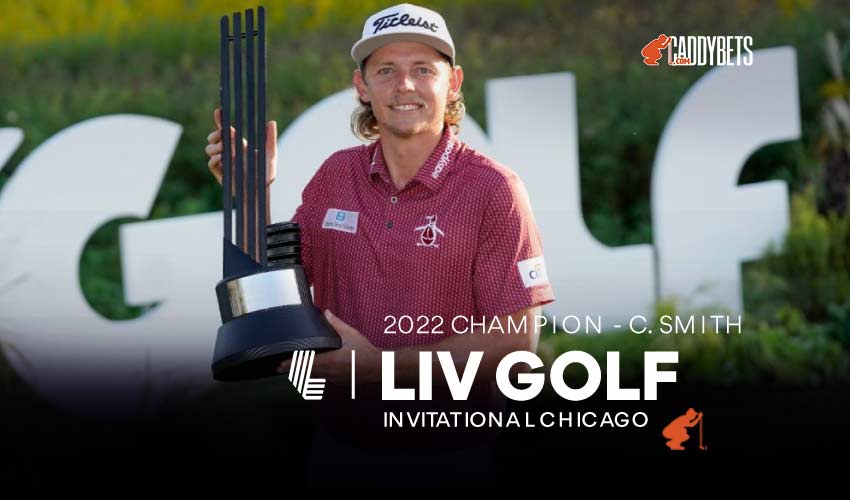 After winning The Players Championship and the Open Championship earlier this year, Cameron Smith picked up his third huge paycheck after cruising to a victory in the LIV Golf Invitational Series event in Chicago.

Smith, who improved upon a fourth-place finish in his LIV debut in Boston two weeks ago, took the lead over Dustin Johnson on Saturday and shot a 3-under 69 on Sunday to win the event by three strokes over Johnson and Peter Uihlein at Rich Harvest Farms in Sugar Grove, Illinois.

“I think I had to prove to myself and other people that I’m still a great player, I’m still out here to win golf tournaments,” Smith said. “I didn’t have my best stuff, but I stuck tough and made some putts.”

The Australian picked up a $4 million paycheck with the win and looks to be starting a budding rivalry with Johnson, who is the only LIV golfer to finish in the top 10 of all five events the series has held.

“He’s probably the one who you look at it feeling he’s going to be at the top of the leaderboard every week,” Smith said of Johnson, who won two weeks ago in Boston. “I hope he thinks the same of me, and hopefully, we can keep it going.”

Despite not logging back-to-back wins, Johnson’s runner-up finish did allow his foursome—4 Aces GC, consisting of himself, Patrick Reed, Talor Gooch, and Pat Perez—to win the team portion of the event and the $750,000 bonus for each member. While Reed and Perez were not high on the leaderboard, they shot a 68 and 69, respectively, to help clinch the team’s fourth-straight win in five events this year. Perez hasn’t finished in the top 15 on the individual leaderboard but has garnered nearly $4 million in prize money due to the team’s success.

“I knew we were one shot ahead,” Johnson said. “Playing with Pete and Cam, I knew I needed to at least tie Pete on the last hole for us to get the win. Great day, though. Really proud of the guys. It was really nice to get that fourth victory in a row.”

Johnson also extended his lead in the season-long point standings and is in line for another $18 million bonus if he can maintain that lead in three more events.

Sergio Garcia shot a 67 to tie for the best round of the day and finished fourth, tied with Joaquin Niemann at -8 for the tournament. The South African duo of Louis Oosthuizen and Charl Schwartzel tied for sixth at -7, and after shooting a 66 on Sunday, Phil Mickelson notched his first top-10 finish in a LIV

Golf event by tying for eighth at 6-under par with Bryson DeChambeau, Chase Koepka, and Laurie Canter.

LIV Golf Invitational Up Next

The LIV Golf Invitational Series heads overseas for its next two events. The tour debuts in Thailand from Oct. 7-9 at the brand new Stonehill course in Bangkok, and then it will visit the Royal Greens Golf & Country Club in Jeddah, Saudi Arabia, the following week.