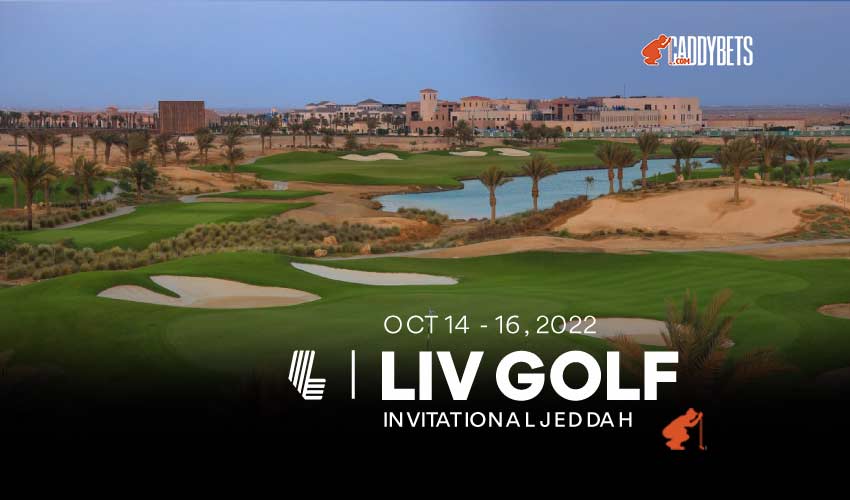 The LIV Golf Invitational Series continues its tour of Asia this week with a stop in the Middle East. Playing in back-to-back weeks for the first time, the circuit goes from Thailand to Saudi Arabia for the LIV Golf Jeddah.

The Royal Greens Golf and Country Club will play host to the 54-hole tournament, and unlike all of the other courses so far on the LIV Golf tour, the pros have some history here.

The Saudi Invitational has been held here in each of the last four seasons. This past February, it was won by Harold Varner III in dramatic fashion when he sunk a 75-foot putt to beat Bubba Watson on the final hole. Dustin Johnson, who has already clinched the 2022 LIV Golf individual championship, is a two-time winner here, and Graeme McDowell beat Johnson by two strokes here in 2020.

While Johnson has captured the individual title and the $18 million bonus that goes with it, second ($8 million) and third ($4 million) are up for grabs this weekend. The spots are currently held by Branden Grace and Patrick Reed, but several golfers can jump into those spots with a win or similarly good finish this weekend.

The Royal Greens Golf and Country Club is a par-70, 7,010-yard course, which is in deep contrast to the 7,800-yard track the tour played on in Thailand last week.

Winds off the Red Sea can make the course more difficult, but it’s expected to be calm this week (and hot, as temperatures are expected to be in the 90s Fahrenheit for all three rounds). Strategically placed water hazards and sand traps are the biggest challenges here.

Can Johnson or Smith Become the First Two-Time Winner in LIV Golf?

Through six LIV Golf events, an interesting trend has emerged: six different winners have won the tournaments, including one each for this week’s favorites, Dustin Johnson (+450) and Cameron Smith (+600).
Johnson finished outside the top 10 last week for the first time in a LIV Golf event but still clinched the individual season championship. The four-event winning streak for his team, the 4 Aces, also was snapped in Thailand.

But as we mentioned, Johnson owns this course, as his eighth-place finish here in February was his only one outside the top two in four tries.

Smith also had his worst outing in three LIV events last week, coming in tied for 41st out of the 48-man field and failing to break 70 in the three rounds.

While in Thailand, he did spend some time with swing coach Grant Field, so a bounce-back isn’t out of the question.

The Australian, who finished fourth here in February, will also be motivated to place high on the leaderboard, as he currently sits in fourth place in the standings going into the final event where individual points can be accumulated.

Patrick Reed (+1500) is third in the point standings as is in line for a big bonus. He’s played well in recent tournaments, placing runner-up last week in Thailand and having two other top-five finishes prior to that.

Branden Grace, who is second in the standings, withdrew from last week’s event due to injury, so his status is up in the air for this event, which could help secure Reed into a second-or third-place finish in the standings.

Working against him, however, is his history on this course, as he didn’t finish inside the top 25 in any of the four events he participated in.

Brooks Koepka (+2000) is coming off his best LIV finish, placing tied for eighth in Bangkok at -13. Bryson DeChambeau (+2000) has the same odds after coming in 11th last week.

He saw it as a missed opportunity, as the big hitter said that he should’ve finished at 25 under on the 7,800-yard course. DeChambeau does have two 10th-place finishes in his time with LIV Golf and also has recorded two top-10s on this course, so perhaps this will be his breakthrough event.

We mentioned the triumph earlier this year for Harold Varner III (+2200), who won his first professional event on this course with his clutch, highlight-reel putt.

His seventh-place finish in Bangkok last week was also his best on the LIV circuit, so he’s in good form coming to a familiar course.

Charl Schwartzel (+6000) didn’t place well last week but closed with a 66 and is in fifth in the standings by virtue of his win in the first-ever LIV event in London back in June.

A strong finish here could propel him into the top three in the standings and a big payday, so the South African’s motivation will be high.
Last week’s winner, Eugenio Lopez-Chacarra (+5000), hasn’t earned the respect of oddsmakers thinking that the former No. 2 in the world amateur rankings will repeat.

Another aspect of the individual standings that will be up for grabs is that only the top 24 are guaranteed to be in the LIV series in 2023, and Laurie Canter (+7000) is right on the bubble. Luckily for the Englishman, he’s placed 11th in the last two events, and teammate Richard Bland says this course sets up perfectly for his strengths.

Even at +450, it would be silly to not back Johnson here on a course and series that he’s dominated. We’re not as sure about Smith given his struggles last week, but he’s been so good this year, that it would be hard to dismiss him entirely. We like the streak of first-time LIV winners to continue, however, with Koepka, DeChambeau, or Varner III.

Here are the latest odds from Jazz Sports for the 2022 LIV Golf Jeddah.