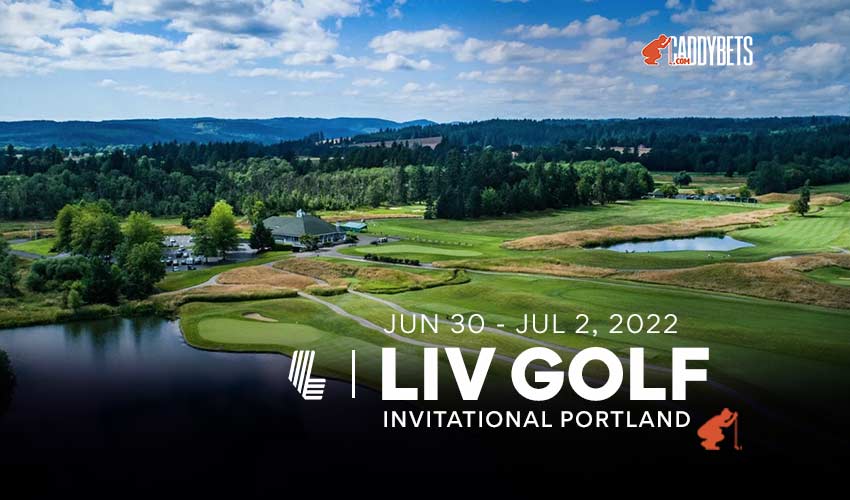 The most talked about sports event in the world makes it debut in America this week as the newly established LIV Golf Tour rolls into Portland. Here our LIV Golf Portland preview!

LIV Golf has revolutionised the game of golf and since the organisation’s first event in London just a few weeks ago more and more of the worlds best golfers have left their positions on the PGA Tour and DP World Tour to take their place in the field.

Ahead of an three days of action we take you through everything you need to know.

To those new to the format, LIV Golf differs to what you might expect from traditional golf. The field is restricted to just 48 players. Rather than four rounds the players will play just three and there are no cuts. Each of the players are guaranteed to play all three rounds and no matter where a player finishes they will be paid.

Another  huge difference to the event are the starts. Rather than scheduled tee times, the players will start in groups of three in a shotgun fashion. This means that the players will all start at differing holes across the course and start at the same time. Regardless of position, these shotgun starts will take place across each round.

Each individual will compete for their own shot at glory but also be part of a four man team. Players can earn money through both singles and team competition.

The winner of the individual event will win a whopping $4 million whilst the winners of the team event will share $3 million between them.

Who is headlining the field?

The field for the second LIV event is far stronger than the first. Dustin Johnson and Phil Mickelson were two of the biggest original names but this time around they are joined by the likes of Brooks Koepka, Bryson DeChambeau, Matthew Wolff, Patrick Reed and Abraham Ancer.

Sergio Garcia, Lee Westwood and Ian Poulter continue to headline the European names whilst Louis Oosthuizen and the winner of the first LIV event, Charl Schwartzel add a South African twist to the field.

The course that the players will tackle this week is at Pumpkin Ridge. The course is actually an amalgamation of three different courses which the eighteen holes are divided over.

The course plays at just over 7,000 yards and will be a par 72. A parkland course, trees line either side of the course. The fairways are tight and the rough on either side of the fairway thick. Accuracy is key and in order to win this week a player will need to be an exceptional striker of the ball from both the tee and fairways.

Favorite for the LIV Golf Portland is Dustin Johnson. Priced at +700, Johnson is arguably the classiest player in the field. There has to be some concern over Johnson’s price as he hasn’t been playing his golf for some time. Usually a rock solid driver, his accuracy has deserted him in recent times and it has led to some disappointing results.

If Johnson can keep his ball out of trouble he has every chance to be successful but there is plenty of value to be found elsewhere.

Abraham Ancer has enjoyed a great eighteen months with his crowning moment being a victory in the St Jude Classic. Before Ancer suspended his membership from the PGA Tour he ranked 4th in total driving accuracy. If he can bring that good form into this weeks event, the course could be set up perfectly for him and at a price of +1000 he could be a real player.

In big events (and with such huge money on the line this has to be classed as a big event) nobody comes to the fore as much as Brooks Koepka. Koepka has readily admitted in the past how he can raise his game for the big events and he will be raring to go for his LIV debut. Koepka can be deadly with his irons and if they are dialled in watch out for Koepka’s name on the leaderboards.

For some reason Louis Oosthuizen just didn’t perform in the first LIV event and will be hoping to put that right this time around. Buoyed by the success of his South African teammate Charl Schwartzel, Oosthuizen will be determined to be near the top of the leaderboard.

With just three rounds, players can’t afford any real lapses and need to perform right from the off. Oosthuizen had a fabulous season on the PGA Tour last year and was the Tours number one putter. If the putter can get hot Oosthuizen will have every chance.

At a bigger price keep an eye on Talor Gooch. Gooch is a previous winner on the PGA Tour and he has shown in the past that he can thrive on courses that require accuracy from tee to green. At just 30, Gooch is coming into his prime whilst others around him could be on their way down. Gooch could thrive on the LIV tour and is our one to watch this week.

One of the most surprising names that can be found towards the bottom of betting is Phil Mickelson. No player in the field has achieved more in the field has won more than Mickelson and odds of +5000 seem particularly large.

Mickelson has barely played in 2022 but this is his third tournament in a reasonably short period and the hope for Mickelson is that the rust might be easing. Accuracy has to be a key concern but if Mickelson can keep his ball out of trouble he will outplay his odds.

Another at a large price is Sam Horsfield. The young Englishman has form on both sides of the Atlantic and could be suited to this week’s layout. Horsfield was the top ranked European at the first LIV event and he will be hoping to carry his good form into this week.