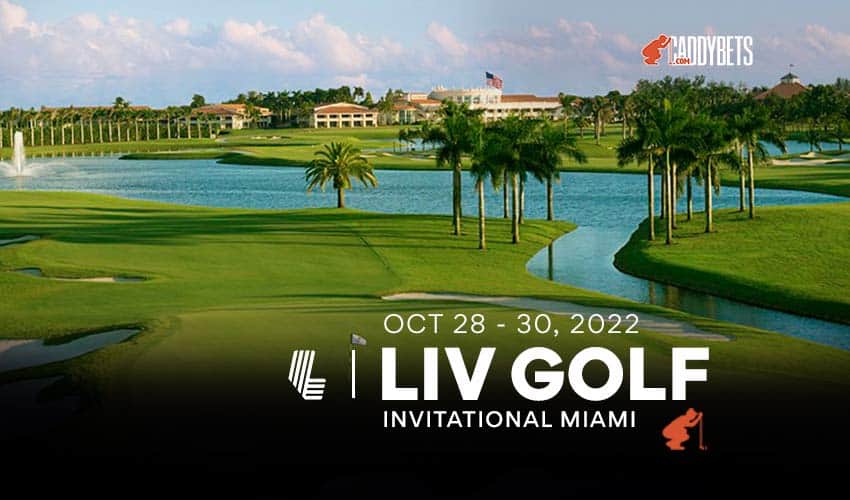 The last of eight events from the inaugural LIV Golf Invitational Series takes place this weekend in Miami in the team championship event. The format is part match play and part Ryder Cup, as 12 teams of four vie for the record $50 million purse. The winning team will get a $16 million prize split four ways, so just like for the first seven events, the winner will receive $4 million. Here our LIV Miami Preview

The Blue Monster course at Doral in Miami, Florida will play host to the event. The course is a par 72 and measures 7,510 yards in length.

The course was a PGA Tour stop from 1962-2006 (Doral Open) and then hosted a WGC event from 2007-16. LIV Golf CEO Greg Norman was a three-time winner of the Doral Open, and both Dustin Johnson and Patrick Reed won the WGC tournament here. Others playing this weekend who have logged top-five finishes here include Henrik Stenson, Phil Mickelson, and Louis Oosthuizen.

The 4 Aces (+300) won four of the seven team portions of the LIV events so far, and the two previous winners at Doral (Dustin Johnson and Patrick Reed) are on this team. They are joined by Talor Gooch and Pat Perez, and since they lead the standings, they are one of four teams who get a bye into the semifinals and will be able to pick their opponent for that round.

The Crushers (+500) are in second place overall, having come in second three times and third on another occasion. Team captain Bryson DeChambeau will provide the power, but due to there being different formats of singles matches and team foursomes, accuracy will also be needed, and the team can take more advantage of DeChambeau’s distance that way.

The Fireballs (+550), led by Sergio Garcia and consisting of Abraham Ancer, Carlos Ortiz, and LIV Bangkok winner Eugenio Lopez-Chacarra, also won the team event in Thailand and is seeded third.

Despite not receiving a bye, Smash (+1000) is getting a lot of attention thanks to Brooks Koepka, who won the final individual event in Jeddah, and Peter Uihlein, who lost a playoff to Koepka and also finished runner-up once before on the circuit.

Because they won’t have to play in the opening day of the competition, the top four teams have a distinct advantage. Johnson, who has won here and was also 5-0-0 in the Ryder Cup last year, is a worthy favorite, and the 4 Aces are worth backing. For some more value, we would go with Smash or Sting.er