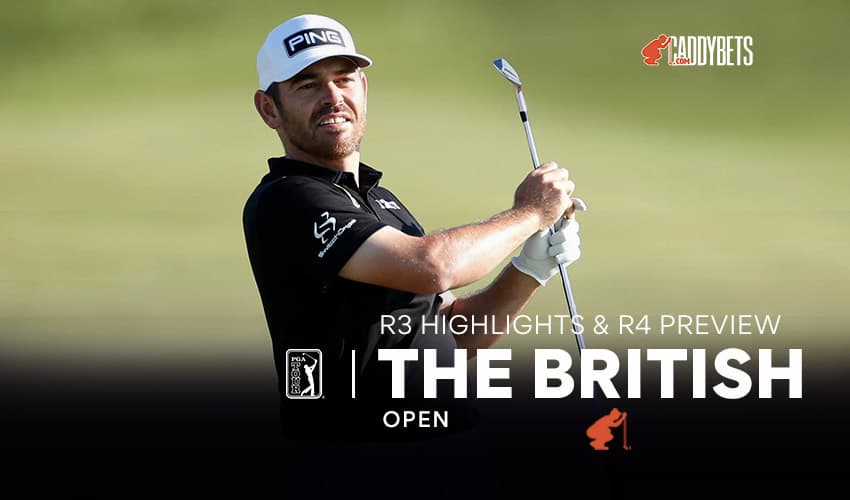 Louis Oosthuizen record leads a field of former major winners atop The Open Championship leaderboard, as his five-under 65 on Friday puts him at -11 for the tournament. That is two strokes ahead of former PGA Championship winner Collin Morikawa, who shot a 64 on Friday at Royal St. George’s, which saw the second day in a row of favorable weather conditions for golfers.

Jordan Spieth, a four-time major winner but hasn’t won one since this tournament in 2017, is in third place, three shots behind the lead at -8. Dustin Johnson, the world’s top-ranked golfer, is tied for fourth with two others at -7. Paul Casey, Brooks Koepka, and last month’s U.S. Open champ Jon Rahm are all within striking distance at -5. Rahm shook off a one-over 71 on Thursday to shoot at 64 on Friday to get back into contention.

On the opposite end of the spectrum is Stewart Cink, the 2009 champion, who was at -4 after the opening round but shot a 77 on Friday, and his +3 overall will miss the cut by two strokes. Also heading home early are 2011 Royal St. George’s champ Darren Clarke, Henrik Stenson, and Patrick Reed.

Bryson DeChambeau and Rory McIlroy made the cut but are far out of contention at +1 and even par respectively.

Golf betting odds by JazzSports to win the tournament at the halfway point.

Sign up and make sure to stay tuned for Louis Oosthuizen record updates, golf news, and PGA Tour schedule