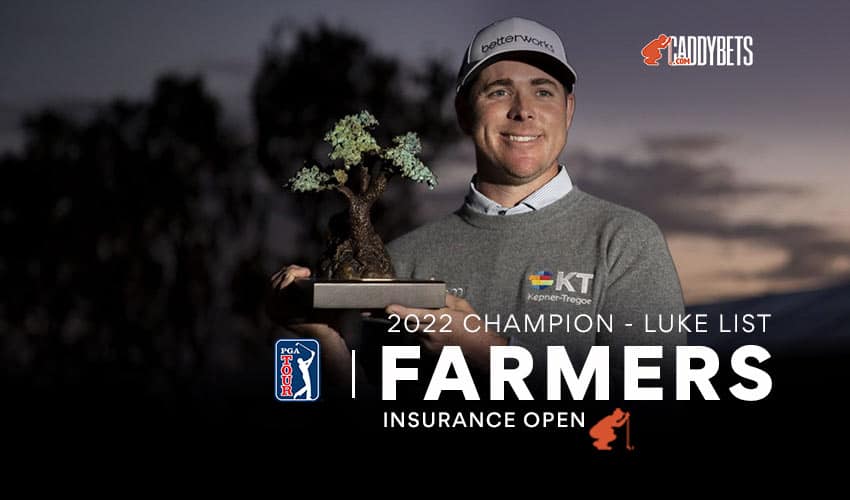 After a hot spring and summer and a decent start to the fall season, Will Zalatoris dropped off from his sizzling pace that earned him PGA Tour Rookie of the Year honors last year. That is until he led the Farmers Insurance Open after three rounds, but a 71 on Sunday left the door open for veteran Luke List, who shot a 66 in the final round and had to wait nearly two hours to see where he would fall on the leaderboard.

It turns out, after Zalatoris missed an 8-foot putt for birdie on No. 18 that would’ve given him his first win on the PGA Tour, List needed to head back onto the course, as the two engaged in a playoff.

List, 37, hit his third shot on the par-5 18th within inches of the cup, sinking a birdie to win over the upstart Zalatoris for his first-career win in his 206th start.

List, a winner on the Korn Ferry Tour and making the FedEx Cup playoffs six times but never truly contending, finally broke through in a big way at Torrey Pines.

“You ever wonder if it’s going to be your turn,”. “I really believed I would win on this course, and it’s a dream come true. I told myself if I was in a playoff, I was going to make birdie.”

Luke List, who lives in Augusta, Georgia, will now play in the Masters for the first time as a pro, as he earned a spot in 2005 as an amateur.

For Zalatoris, he will be in the majors after performing so well last year, and he will likely hoist a trophy in the not-too-distant future, but for now, he’ll try to learn lessons from this disappointment.

“I fought like hell all day,” Zalatoris said. “I was more disappointed with what I left out there in the second and third round. I thought today I battled really well. The putt I hit on the 72nd hole, I thought I made it. I just needed a hair more speed.”

In addition to Zalatoris, List had to watch a who’s who chase his 15-under 273 that he posted earlier in the day. World’s No. 1 golfer Jon Rahm was tied for third place at 14-under with Jason Day, who hasn’t won in nearly four years but just missed out on reaching the playoff after an even-par 72 on Sunday. Cameron Tringale also finished tied for third.

Sungjae Im, Justin Rose, Joaquin Niemann, Pat Perez, and Aaron Rai all tied for sixth at 13-under in a very crowded leaderboard that made for some exciting golf in the final round.

Justin Thomas started the day two shots off the lead but couldn’t keep up with the pack, shooting a two-over 74 on Sunday to finish tied for 20th.

The PGA Tour remains in Southern California with the AT&T Pebble Beach Pro-Am. Daniel Berger is the defending champion in a tournament that’s going up against the Saudi International on the Asian Tour that’s lured stars like Dustin Johnson, Bryson DeChambeau, and Tony Finau away from the PGA Tour’s event in Pebble Beach.

Join us to receive our daily Golf content, and make sure to stay tuned for Luke List updates, golf news, and PGA Tour schedule.