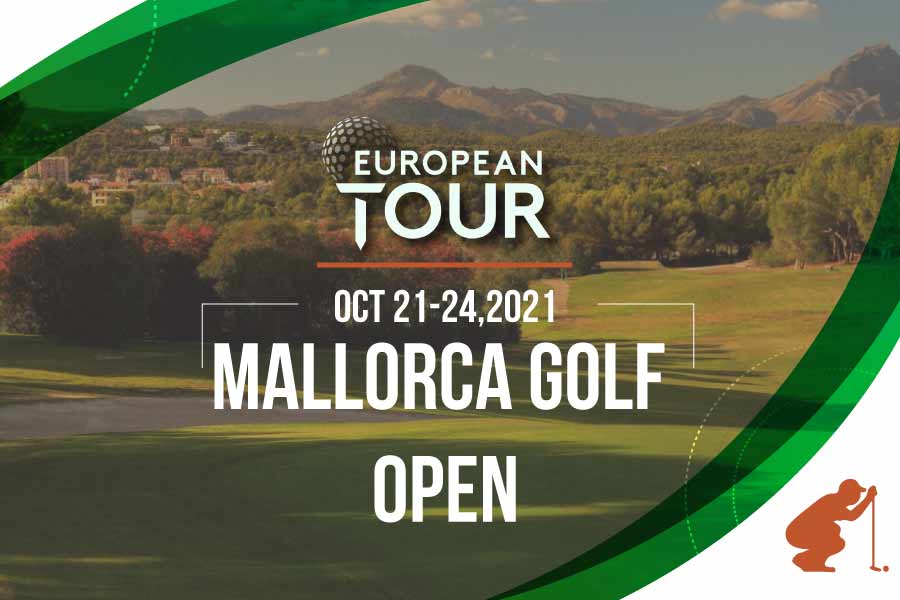 The third and final event of the European Tour’s fall swing in Spain takes place this weekend at the Santa Ponca golf course in Mallorca on the Balearic Islands. This is the inaugural Mallorca Open, so it’s the first time in a decade that a pro tournament will be held on the island.

A mix of top-level European Tour stars and home-grown Spanish golfers are a part of the field, but World’s No. 1 golfer Jon Rahm is not one of them. He wasn’t in the field here, but he said that he is looking to take off up to a month off for a mental break after missing the cut at last week’s Andalucia Masters.

Even though it wasn’t in this event, two famous countrymen have won on the island—Seve Ballesteros won the 1988 Balearic Open and Miguel Angel Jimenez was victorious at the 1998 Turespana Open de Baleares.

About the Tournament and Course

The event was added to the European Tour schedule last month after the July cancellation of the Trophee Hassan II in Morocco due to the COVID-19 pandemic. So this is likely a one-time event before the normal schedule would resume in 2022.

What the course lacks in distance is made up by a usual stiff breeze on the island. In the last event here, won by Jimenez in 1998, there was only one round of 66 or lower for the entire tournament. It looks like late Thursday and early Friday tee times may be affected by the wind, but golfers are also mashing the ball a lot farther now than they were in 1998, so there could be lower scores here than other tournaments in the past saw.

Pieters Leads a Group of Favorites, Including Englishman Horsfield and Spaniard Arnaus

It’s set up for Thomas Pieters to make a charge here and jump into the top 50 of the Race for Dubai in order for him to qualify for the DP World Tour Championship, Dubai next month. He hasn’t missed that tournament since his rookie season eight years ago, and he’s the betting favorite here at +1400.

“That’s obviously the main goal for me right now,” Pieters said. “I added a couple of tournaments, and I’m playing everything until then just to give myself the best chance, and hopefully, I can do it.”

Pieters is a four-time winner on the European Tour but hasn’t done so since 2019. He missed the cut last week at the Andalucia Masters, but he made four-straight cuts before that, including ninth-place finishes at the Dutch Open and the BMW PGA Championship last month. He feels confident that he can get around Santa Ponca well enough to be in contention despite having not played here.

“There’s some drivable par 4s. Small greens, [so] you’ve got to be accurate with the irons. The greens are rolling fine, so it’s going to be a tough one if the wind whips up. Four times in the 60s will do just fine.”

The 25-year-old Horsfield (+1500) won twice last year but hasn’t cracked the winner’s circle yet in 2021. He started off the season very well with three top-10 finishes in his first four tournaments, but he’s struggled lately with just one top-15 finish in his six events.

Spaniard Adri Arnaus is another favorite at +1500. The 27-year-old nearly broke-through for his first European Tour win two weeks ago at the Acciona Open de Espana, where he lost in a playoff to fellow countryman Rafa Cabrera Bello. He played poorly at Valderrama last week, missing the cut with a 77 and 80 in his two rounds. He was also 24th earlier this month at the Alfred Dunhill Links Championship and recorded a 12th at the Italian Open in September.

Laurie Canter is the other golfer at +1500, and he was in great shape going into the third round at Valderrama but finished tied for fourth after Matthew Fitzpatrick overtook him. Canter led after the fifth hole but struggled the rest of the way to a 76 on Sunday. Canter also finished second at the BMW PGA Championship, so he has two top-five in his last three starts.

American John Catlin is at +2000, as he finished 11th at the Andalucia Open last week after winning it in 2020, so he’s familiar with triumphing on Spanish soil. That win was part of a three-win stretch from last September to this April, with Catlin also victorious at the Dubai Duty Free Irish Open and the Austrian Golf Open. It hasn’t been as great recently, logging just two top-10 finishes since May, but his finish last week was promising.

Martin Kaymer (+2000) is one of the bigger names playing in this tournament, but he hasn’t had the results to back up his somewhat-favored status. He shot a 11-over 295 last week to finish tied for 60th, and his best result since a second-place at the BMW International Open in June has been an 18th-place finish at the Omega European Masters.

One of the longer shots to look for is Ryan Fox (+3000), who is coming off a fourth-place finish last week and opened the Open de Espana with a 65 in the first round. He’s also finished in the top 10 in several tournaments that were held in coastal locations, so he does seem to be able to handle a breezy course.

Bet on the Mallorca Open!

Get up to 100% match bonus and make sure to stay tuned for Mallorca Open odds, golf news and PGA tournaments schedule.