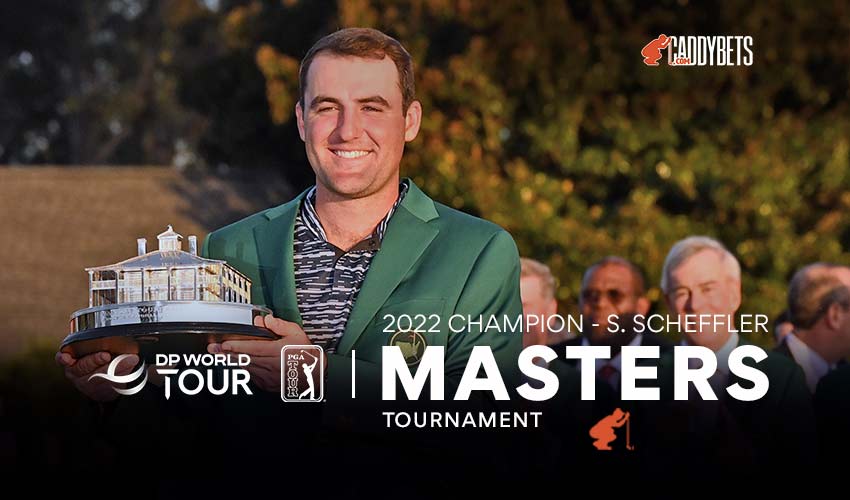 In just over two months, Scottie Scheffler has gone from perhaps the most talented golfer yet to win on the PGA Tour to a four-time winner, the top-ranked golfer in the world, and a Masters champion at the age of 25.

Scheffler became the fifth golfer to win the Masters while ranked No. 1 in the Official World Golf Rankings with a cool 71 on Sunday to win the year’s first major. It was a relatively drama-free 18 holes for the Texan, as he had control of the tournament after a 67 on Friday put him at 8-under with a four-shot lead that he never gave up.

After winning the WM Phoenix Open over Patrick Cantlay in a playoff, Scheffler then won the Arnold Palmer Invitational and ascended to the top of the golf world with a win at the WGC-Dell Technologies Match Play in late March. Now, he’s won a green jacket at Augusta to cap a hot streak that won’t soon be forgotten.

“If you’re going to choose a golf tournament to win, this would be the tournament,” Scheffler said. “You don’t know how many chances you’re going to get. And so having a chance — I had a 5-shot lead on Friday and then a 3-shot lead going into today — I don’t know if you get better opportunities than that. You don’t want to waste them.”

Scottie Scheffler won the tournament with a 10-under 278, three shots clear of Rory McIlroy, who surged into second place with a 64 on Sunday, tying the record for the lowest round shot in a final round at the Masters. The margin could’ve been bigger if Scheffler didn’t double-bogey 18 with four putts, while McIlroy holed out of the bunker on 18 for birdie.

The top golfer in the world said he was able to block out the enormity of the moment all day until he started the walk up the 18th fairway.

“And you saw the results of that,” Scheffler said, referencing the four-putt. Regardless, he is the first golfer since David Duval in 1999 (and fourth ever) to win four PGA Tour events in a season before the end of April.

“Hats off to him,” McIlroy said, who finished one spot short of securing a career grand slam. “he’s sort of been head and shoulders above everyone else this week.”

Cameron Smith, also a two-time winner this year, was paired with Scheffler but faltered with a double bogey on 12 to finish one-over for the day and tied for third with Shane Lowry.

Collin Morikawa, the most-recent major champ as the winner of The Open in 2021, rallied with a 67 on Sunday to finish in fifth at 4-under. Will Zalatoris, last year’s runner-up, was tied for sixth with Corey Conners, Justin Thomas and Sunjgae Im tied for eighth at 1-under while Cameron Champ and 2011 winner Charl Schwartzel came in 10th at even par.

A 77 on Saturday derailed defending champ Hideki Matsuyama’s chance to repeat, and he ended up tied for 14th at +2.

The other big story of the tournament was Tiger Woods, who announced on Tuesday that he would play in a tournament for the first time since suffering serious leg injuries in an auto accident 14 months ago. He started off very well, shooting a 1-under 71 on Thursday before regressing to a 74 on Friday and back-to-back 77s on the weekend to finish 47th at +13. His driving was surprisingly solid, but his putting game failed him over the weekend.

Regardless, Woods said it was a successful week, and while he didn’t say he would play in the next major—the PGA Championship next month—he did commit to the Open Championship at St. Andrew’s, which he called his favorite golf course in the world.