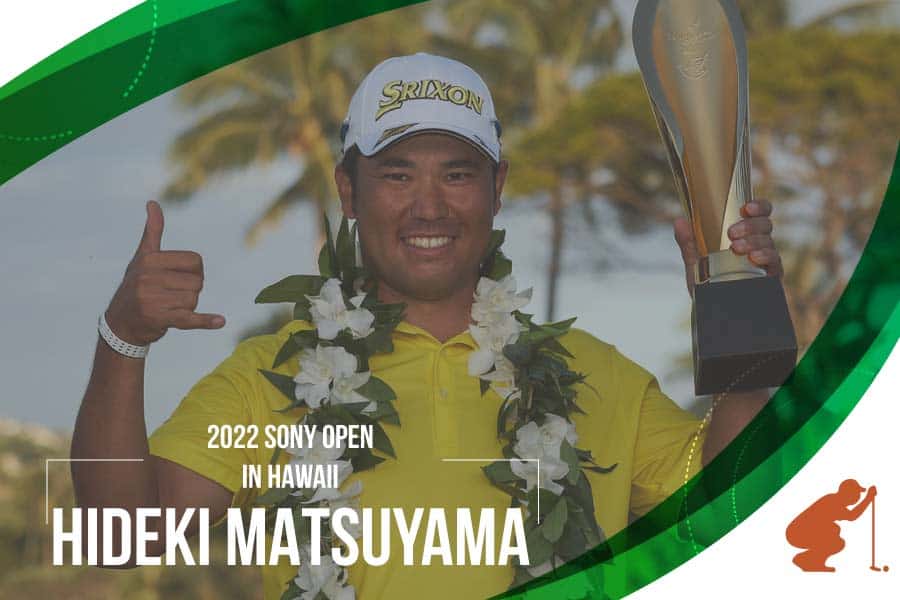 Hideki Matsuyama won the ZOZO Championship in Japan this past fall despite the defending Masters champion saying that he wasn’t playing his best golf.

Well, Matsuyama played some pretty great golf on Sunday in Hawaii, hitting his second shot from 270 yards out within two feet of the cup in the second playoff hole to defeat Ryan Henley and win the Sony Open in Hawaii at Waialae Country Club.

Matsuyama, who was tied with round three leader Henley at 23-under par after 72 holes, shot a 7-under 63 on Sunday, two better than Henley in requiring the playoff.

It looked like it would be Henley’s day after leading by five strokes at the turn, but he came in at +1 in the final nine, opening the door for Matsuyama. He came through with four birdies on the back nine to force the playoff.

“I feel great. To win here where the first Japanese player in Isao Aoki won on the PGA Tour is extra special,” Matsuyama, who is now tied with K.J. Choi for the most wins by an Asian golfer in PGA Tour history, said, “especially on a course that I haven’t really played that well. It’s a tough golf course for me. I’m extra excited, extra happy because of that.”

The talk of the tournament was Matsuyama’s eagle.

“It was the perfect number for me for a cut 3-wood, 276 yards left-to-right, follow the wind,” Matsuyama detailed. “I knew the green was soft enough to hold it, and I was able to pull it off.”

Henley, on the other hand, can’t catch a break, as he just missed  capturing his first win in nearly five years (2017 Valero Texas Open) after blowing his fifth 54-hole lead in that span.

“It stings. I played some great golf. I feel like I was in it the entire time mentally this time,” Henley explained. “I didn’t have too many mental lapses like I have other tournaments where I’ve been close to the lead in the last couple of years. So [it’s] tough to swallow, but Maysuyama played great all day and happy for him.”

Hideki is up to 10th place in the Official World Golf Rankings with the win and is now leading the FedEx Cup standings as the only golfer with two wins on the season. He has recorded 13-straight rounds in the 60s and will likely become one of the favorites to defend his Masters title at Augusta if he keeps this play up.

Kevin Kisner and Seamus Power both shot -19 for the tournament, good enough for a tie for third place. Matt Thompson and Lucas Glover were tied for fifth at -18 while Matt Kuchar was among a group tied for seventh at -17. Talor Gooch dropped out of the top spot in the FedEx Cup standings with a 27th-place effort.

Phil Mickelson will be among the golfers teeing it up next week at The American Express at PGA West in La Quinta, California, where Si Woo Kim is the defending champion.