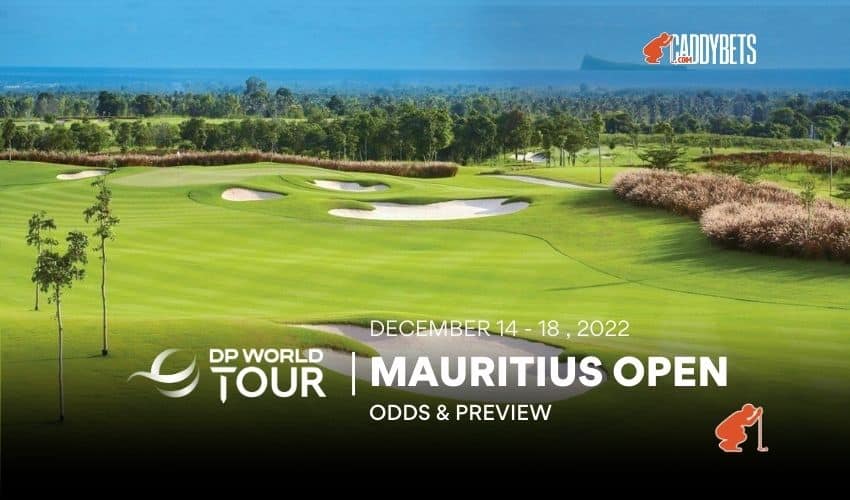 Despite Christmas being just around the corner – the DP World Tour is showing no signs of stopping as it moves on to Mauritius for this year’s Mauritius Open.

With value to be found throughout the field – here we take a look at some players, you should consider backing.

Currently favourite for the tournament is Thomas Detry. The Belgian is ranked 84 in the world and is one of the highest-ranked players in the field.

Detry has split his recent time between both the DP World Tour and PGA Tours and has performed well in both. He heads to Mauritius following three top-twenty-finishes in his last three starts which included a top 3 finish at the Bermuda Championship.

Detry has yet to win on Tour but has a good chance this week.

The man who headlines the field in terms of rankings is Dean Burmester. Burmester has been a model of consistency in recent weeks following a top 5 finish at the South African Open and a top 10 finish at last week’s Alfred Dunhill.

Rounding out the top three in the betting are Antoine Rozner and Laurie Canter. Canter who finished third in last week’s Alfred Dunhill would have been an interesting winner considering his LIV Golf connections. Playing for as many ranking points as he can win, look for Canter to back up his positive showing from last week.

Rozner is a two-time winner on the DP World Tour with his last win coming in the Qatar Masters last year. He hasn’t been hitting the ball as well as he can over the past few weeks, only being able to post a string of top 50 finishes, but in this field he will certainly be a contender.

With over 100 players in this week’s field there really is value everywhere you look.

At a decent price of +3000 it could be worth siding with last week’s winner of the Alfred Dunhill, Ockie Strydom. Clearly nobody will be more confident than Strydom and with his tour card secured for next season he could be worth backing.

When it comes to consistency then Matthew Southgate really is a model of it. The Englishman has made 11 of the last 13 possible cuts in tournaments he had played and will often provide his backers with a decent run for their money. Whilst he hasn’t been lighting up the scoreboards in recent weeks, this tour veteran knows what it takes to compete. If safe and solid is your go too, then Southgate could well be your man.

One name to keep an eye on could be the German veteran Marcel Siem. Siem has been on Tour for almost twenty years and has 3 DP World Tour titles to his name.

Siem arrives at Mauritius in some decent form following a top 5 finish at the South African Open just a few weeks ago. Steady and reliable, he could make a price of +5000 look a bargain.

Follow us on Social Media for more Mauritius Open updates!