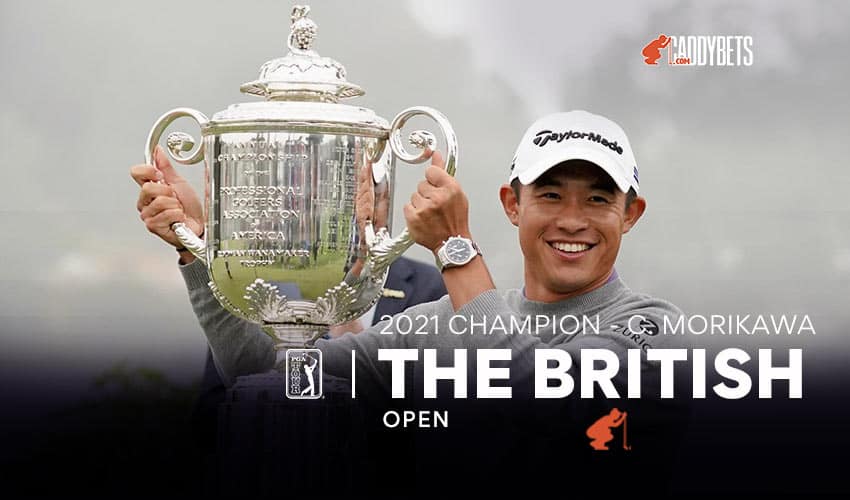 The young American Collin Morikawa arrived at the Royal St. George’s Golf Club for his first British Open; and played like a master of links golf, finishing at 15 under par to win by two strokes and hold off the past major champions Jordan Spieth, Jon Rahm and Louis Oosthuizen.

His victory 11 months ago on his PGA Championship debut came in the first major; with no spectators amid the pandemic.

So it was a very different scenario for Morikawa; a mature-beyond-his-years Californian, as he made one of the greatest walks in golf down the 18th fairway at Royal St. George’s, first to applause and then to a standing ovation.

After tapping in for par to win by two shots over Jordan Spieth; he gave a fist pump before applauding the spectators in the huge grandstand around the 18th green, part of a crowd of 32,000 people that made for the biggest gallery in golf since before the coronavirus pandemic.

“I am obviously very biased being from the U.S.; but I’m seeing some of the best crowds I have ever seen out here,” Morikawa said in his victory speech on No. 18.

“Those are the moments, the few seconds that you embrace so much,” he added. “You look around, every seat is packed, everywhere is packed with people.”

They got to witness Morikawa making a historic start to his major championship career.

It was a familiar sight for those who watched Morikawa at his first P.G.A. Championship tournament, last year in San Francisco, as he calmly stared down a closely packed leaderboard in the closing holes and emerged as a major champion.

“It’s the same thing I said after Collin won the P.G.A.: It seems like he’s been there 100 times, and he just hasn’t,” said J.J. Jakovac, Morikawa’s caddie. “It just goes to his mental strength and his maturity, and you add the freakish ball striking to an absolute stone-cold demeanor who is very comfortable in all the situations — you get somebody pretty special.”

Sign up and make sure to stay tuned for Morikawa updates, golf news, and PGA Tour schedule