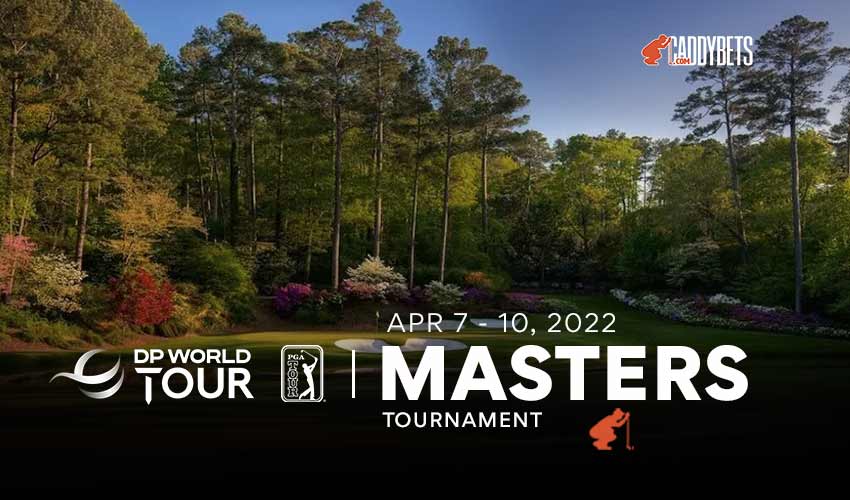 Odds and Picks to win 2022 Masters

Woods Decision Looms Over Stars Descending Upon Augusta for the Masters

Tiger Woods’ decision to play at Augusta likely won’t change the leaderboard (but surely can’t be counted out, given his skill and history at the Masters), but it will certainly bring more attention to the year’s first major.

The Masters takes place this weekend at the historic Augusta National Golf Club in Augusta, Georgia. It’s an invitation-only field consisting of the top 50 in the Official World Golf Rankings, the 30 who played in last year’s Tour Championship, former Masters winners, other major winners for a five-year span, a three-year exemption for The Players Championship winner, the defending Olympic gold medalist, and several amateur champions from around the world.

Hideki Matsuyama, who became the first major winner from Japan, is the defending champion but is nursing a neck injury. Jack Nicklaus owns the record with six Masters wins with Woods one back with five. Arnold Palmer is third on the list with four wins at Augusta. If Woods does not play, Bubba Watson will be the only repeat winner in the field.

Augusta National was lengthened several times over the past 25 years since Tiger Woods won his first title here; it currently stands at 7,445 yards and is a par 72. Each hole is named and many are among the most famous holes in golf. Holes 11-13 are known as Amen Corner, and the series begins with a 505-yard, par 4 challenge that’s considered one of the hardest holes on the course. After a par 3 that’s guarded by water, golfers can vie for a birdie or eagle on the par-5 13th that’s 510 yards.

Dustin Johnson owns the course record of a 20-under 268 that he shot in winning the 2020 edition.

Rahm and Thomas Favored to Be First-Time Masters Winners

Jon Rahm has solid history here while Justin Thomas is a top-five machine so far this year on the PGA Tour, and the two are co-favorites this year at +1100. Rahm lost the World’s No. 1 ranking to Scottie Scheffler a couple weeks ago, and he hasn’t recorded a top-10 in his last three stroke-play events after starting the year with a runner-up in Hawaii and a third at Torrey Pines. Jon Rahm, however, has four-straight top-10 finishes at Augusta and leads the PGA Tour in Shots Gained: Off-the-Tee and greens in regulation, so if he can get his putter back on track, the rest of Rahm’s game is there.

Thomas hasn’t missed a cut here in six tries and finished in the top 25 in five of those. His worst finish this season is 33rd, and he has five top-five finishes in eight FedEx Cup events, plus a fifth at the unofficial Hero World Challenge.

Has to be taken seriously after winning The Players Championship in brutal conditions to go with a victory at the Sentry Tournament of Champions where all he did was become the first golfer in PGA Tour history to finish a 72-hole event at -34. He was also runner-up to Johnson’s record run here in 2020.

Is on a major hot streak, ascending to the top spot in the world rankings by winning three of his last five events. He outdueled Patrick Cantlay to win in Phoenix, won the Arnold Palmer Invitational against a deep field, and put pressure on himself to win the WGC-Match Play event in his hometown after losing in the finals last year, so the moment won’t be too big for him this week.

Hasn’t had as many accolades recently, but this is a man who has four majors and a WGC event among his eight-career wins. He reached the quarterfinals at the match play event two weeks ago and has a third, 12th, and 16th among the results of his five events prior to that. He’s 5-for-5 at Augusta with a runner-up in 2019 and a seventh in 2020.

The 2020 winner, had a tough 2021 until going 5-0-0 at the Ryder Cup; since then, he’s got three top-10s in his last five starts worldwide and reached the semifinals of the WGC-Match Play two weeks ago.

Patrick Cantlay, Jordan Spieth, Rory McIlroy, and Collin Morikawa aren’t quite in form but have the talent to win here.

McIlroy is going for the career grand slam, and Spieth is a former winner here who has also finished second and third two times each. Viktor Hovland has cooled off a bit since his torrid November-February stretch but was second at the Arnold Palmer Invitational and ninth at The Players Championship in March.

Has quietly been putting together a nice season, recording top-10 finishes in four of his five PGA Tour starts in 2022. He’s made the cut here in six-straight tries and leads the PGA Tour in Strokes Gained: Total.

The world was introduced to Will Zalatoris here last year by finishing runner-up to Matsuyama. Despite not logging his first win yet, Zalatoris leads the PGA Tour in Shots Gained: Tee-to-Green and is second in Shots Gained: Approach. If he can get his putter going, Zalatoris will be in contention.

Has two-straight top-10 finishes at Augusta and finished third by beating Dustin Johnson at the WGC-Match Play in Texas.

And if he plays, who can pass up Tiger Woods?

Rahm and Thomas are favored for a reason and provide decent value at +1100. Smith, Scheffler, and Viktor Hovland are the hottest golfers this PGA Tour season, and Morikawa has already shown a knack for coming up huge on the big stage. Conners is our favorite longshot.

Golf betting odds to win the Masters courtesy of Jazzsports

Follow us on Social Media for more the Masters updates, Official World Golf Ranking, and more!