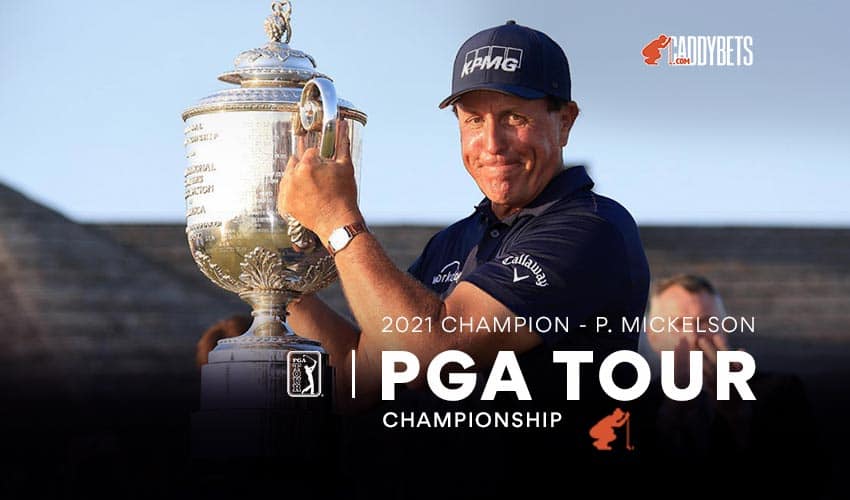 A year ago, at the 102nd PGA Championship at TPC Harding Park, Phil Mickelson didn’t contend but made his way to the CBS broadcast booth, where he traded zingers with Nick Faldo and Jim Nantz. He got off a few good lines. Everyone had fun.

In between then and now, Mickelson won twice on PGA TOUR Champions; lost weight; sold some Coffee for Wellness; partnered with Tom Brady in The Match 2: Champions for Charity, when the world was desperate for live sports amid the paralyzing opening months of the pandemic.

Always, he entertained, even if his golf game had cooled. Now, though, he has made history.

Phil Mickelson, 50, held his nerve, kept his focus, and counter-punched a brutally difficult Ocean Course to a draw Sunday, shooting a final-round 73 to win the PGA Championship. He becomes the oldest men’s major winner, besting Julius Boros, who was 48 at the 1968 PGA.

Now, though, it’s clicking again. He walked off the 18th green and into the embrace of his longtime manager and former ASU coach Steve Loy, and then a procession of hugs from Rahm, Rickie Fowler, Oosthuizen and others. “He thinks he’s 25 years old again,” Loy said.

What’s next for Phil? He got an exemption to play in the U.S. Open at Torrey Pines next month but now will get in on merit as he tries to capture the one major that has eluded him and win the career Grand Slam. In the meantime, he’ll tee it up at Colonial for the Charles Schwab Challenge then take two weeks off before another shot at history.

Sign up and make sure to stay tuned for Phil Mickelson updates, golf news, and PGA Tour schedule