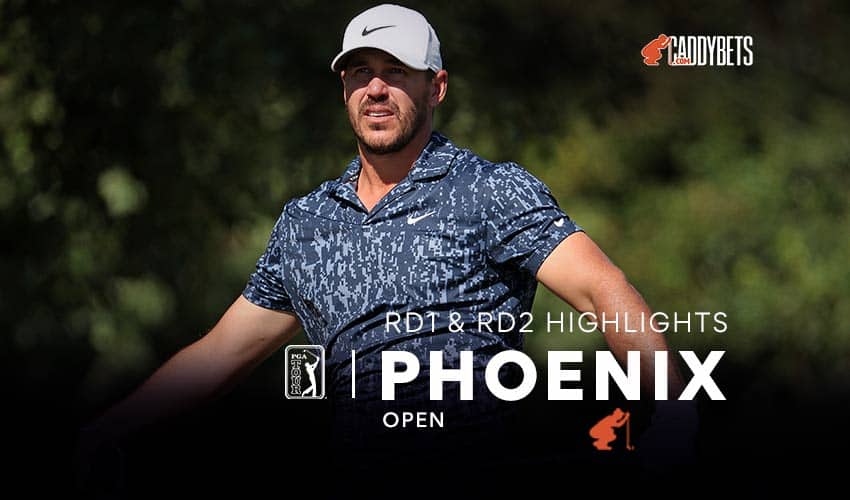 The PGA is in sunny Arizona for one of the rowdiest golf parties in the country.

Rowdy and Golf generally don’t go together, but if you’ve never been to the Waste Management Phoenix Open, it is a must-attend event. With a stacked tournament including 18 of the top 30 players, it was a young golfer that stole the show after round one on Thursday.

Welcome to the show Sahith Theegala! Who, you might be asking? Theegala is a former amateur star at Pepperdine, where he won the 2020 Haskins Award (college golf’s version of the Heisman Trophy), the Jack Nicklaus Award, and the Ben Hogan Award. Still, his best-ever PGA Tour finish was a T8 at the Sanderson Farms last fall, and oh, by the way, he holds a one-shot lead with a 7-under after round one at the Waste Management Phoenix Open. Theegala started his round on the back nine and shot a 5-under 31, and was bogey-free through seven holes on the front before darkness called the round.

Theegala has his work cut out for him, as some huge names are in pursuit of him, including six major winners that are in the top 17 after 18 holes. Sitting a shot behind at 6-under is K.H. Lee, followed by a group at 5-under that includes last year’s winner Brooks Koepka. Joining Koepka at 5-under is Adam Hadwin, Harry Higgs, Scott Stallings.

For those of you who thought round one leader, Sahith Theegala, would fold to the pressure of a tournament like this… he hasn’t. In fact, Theegala maintains his position at the top of the leaderboard and currently has +800 odds to win the entire tournament, as projected by Jazzsports.ag/*.

Theegala shot a 7-under 64 to take a two-stroke lead over defending champion Brooks Koepka and Xander Schauffele at the raucous TPC Scottsdale.

Brooks Koepka kept the pressure on Theegala by shooting his second straight 66. However, the oddsmakers saw enough of Koepka to insert him as the co-favorite going into play on Saturday with +350 odds, as projected by Jazzsports.ag/*.

The other co-favorite at +350 odds is Xander Schauffele, who had a bogey-free 65. Schauffele finished second to Koepka at this tournament last year, and I think he is poised to win it all this year. Schauffele seems to elevate his game in environments like the TPC Scottsdale, so I look to him to be in contention and hoist the trophy come Sunday evening.

After Round 2 at the 2022 Waste Management Phoenix Open, Brooks Koepka has been inserted as the favorite

Get the latest information on the Nicolai Hojgaard updates, golf news, and PGA Tour schedule. Sign up to receive our daily Golf content and become a winner.