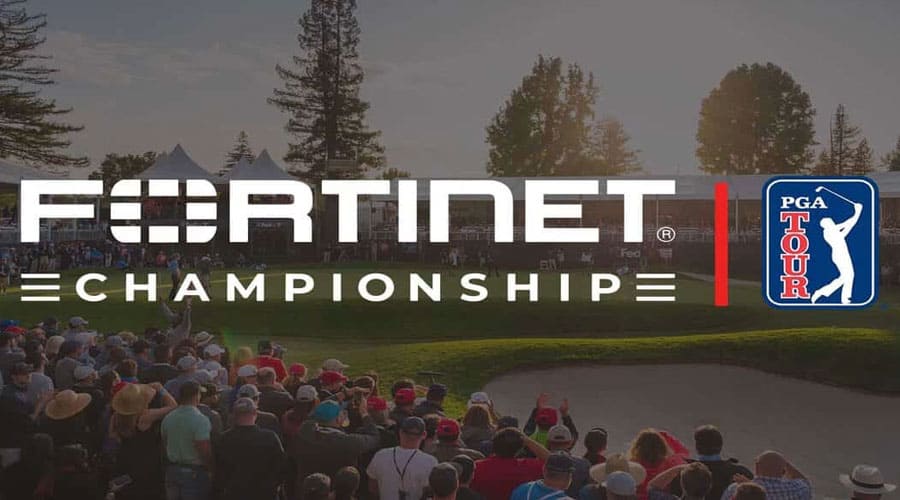 Rahm is the Favorite to win Fortinet Championship

Jon Rahm did virtually everything last season but win the FedEx Cup. On the PGA Tour, however, the time to redeem yourself for the next season comes quickly, as the 2021-22 PGA Tour schedule begins this weekend—just 11 days after the Tour Championship wrapped up—with the Fortinet Championship from the Silverado Resort and Spa in Napa, California.

This is the first year that the tournament will be sponsored by Fortinet, a cybersecurity firm based in California. The event was called the Safeway Open over the past five seasons, as it was sponsored by the grocery store chain. The tournament has been contested since 1997 and has been the season-opening event since the FedEx Cup was created in 2007. The tournament began at Grayhawk Golf Club in Scottsdale, Arizona and then moved to CordeValle Golf Club near San Jose before settling in at Silverado starting in 2014.

Stewart Cink owns the tournament record in the Silverado era, posting a -21 267 in winning the event last year by two strokes over Harry Higgs. Cink is not playing this year due to the wedding of his son this weekend. The original course, now known as the North Course, opened in 1955 and was redesigned by Robert Trent Jones in 1966 (the South Course was also added at this time). The PGA debuted on the North Course in 1968 and stayed through 1980. A Champions Tour event was held from 1989-2002 before the PGA Tour returned here in 2014. Former winners here include Jack Nicklaus, Johnny Miller, and Tom Watson.

The course clocks in at 7,166 yards and is a par-72 track. The final three holes usually give players a chance to move up the leaderboard, as holes No. 16 and 18 are both par 5s.

Rahm won the U.S. Open last year and finished in the top 10 in 15 of his 22 tournaments played. He was the regular-season FedEx Cup points leader, led most of the way at The Northern Trust, which was the first playoff event, and tied for the best 72-hole score at the Tour Championship but finished second to Patrick Cantlay due to Cantlay’s four-stroke head start over Rahm as part of that event’s unique scoring system. Rahm is at +350 here, which is one of the lowest odds that you’ll see for a PGA Tour event. Rahm hasn’t played here since 2016, when he finished tied for 15th.

Will Zalatoris (+2000) missed the FedEx Cup playoffs despite being ranked 59th in the Official World Golf Rankings because he didn’t have a PGA Tour card. He was voted Rookie of the Year by his peers earlier this week, and his first official season on the tour starts here. Zalatoris had an incredible season a year ago, most notably finishing in second at the Masters (as part of top-10s in three of the four majors). He also finished in the top 10 at the Farmers Insurance Open, the Arnold Palmer Invitational, and the WGC-FedEx St. Jude Invitational.

Hideki Matsuyama (+1500), the winner of the Masters in 2021, closed 2021 on a bit of a slump, finishing outside the top 25 in his last three tournaments. His end-of-the-season stats also were quite average, ending up 48th in scoring average, 69th in greens in regulation, and 80th in driving accuracy.

Also at +1500, keep an eye out for Kevin Na. Despite tying Rahm for the lowest 72-hole score at the Tour Championship, Na was left off the U.S. Ryder Cup team by captain Steve Stricker. Na was also a runner-up in this event in 2015. Na has also finished in the top 25 in six of his last seven tournaments and has three top-5 finishes in that span.

Webb Simpson (+1000) is also one of the favorites and was snubbed by Stricker for next week’s Ryder Cup as well.

Further down the odds list lies Cameron Tringale and Harold Varner III, who are each listed at +2500.

Cameron Champ (+3000) won here in 2019, which was his second on the PGA Tour. He picked up his third-career victory at the 3M Open this past July. He’s also from nearby Sacramento. Tringale missed the cut here a year ago but did have several top-10 finishes last year before missing out on the Tour Championship by coming in 52nd at the BMW Championship. Varner III is also looking for his first-career win after securing a runner-up spot at the RBC Heritage last year. He also finished tied for 11th at The Northern Trust four weeks ago and tied for 12th at the BMW the following week, so he finished strong despite not qualifying for the Tour Championship.

In addition to Champ, Si Woo Kim and Marc Leishman are both at +3000. Kim won The American Express in January for his first win on tour and was tied for 44th here last year. He also finished tied for second at the Wyndham Championship last month. The sixth win of Leishman’s career came at the Zurich Classic of New Orleans last year, and he also had a third-place and fourth-place finish this past season. He didn’t play this event a year ago.

If you’re looking for an underdog pick, Brendan Steele (+8000) is the way to go. He’s won here twice in back-to-back seasons (2016 and ’17) and has also never missed at cut at Silverado. You can take advantage of his high odds because he’s missed the cut in four of his last five tournaments, but the fresh start of a new season combined with a course he plays well at may lead to some success.

Here are the latest odds from Jazzsports for the PGA Tour’s Fortinet Championship.

Follow us on Social Media for instant Fortinet Championship updates!