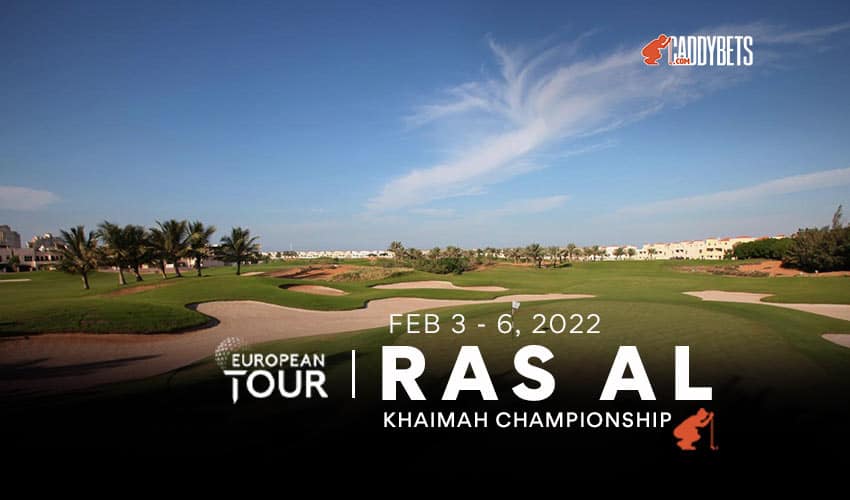 With two Rolex Series events in the books, the DP World Tour spends its final two weeks of a month-long swing in the United Arab Emirates in Ras Al Khaimah. The Ras Al Khaimah Championship Presented by Phoenix Capital is the first of two events being held at Al Hamra Golf Club.

Both events are new additions to the former European Tour. The latter event, the Ras Al Khaimah Classic set for next weekend, replaces an event in Qatar that was originally on the schedule.

Al Hamra Golf Club hosted the European Challenge Tour from 2016-18. The Peter Harradine-designed course is par 72 and measures 7,325 yards. The course features plenty of water, as there are four interconnected lagoons located around the track. The elevation changes are also said to be gentle.

With the world’s top golfers in Saudi Arabia, Pebble Beach, or taking a break (Jon Rahm, Collin Morikawa, and Viktor Hovland are all off), this is somewhat of a wide-open field a week after back-to-back Rolex Series events attracted more top talent. Tyrrell Hatton and Thomas Pieters are playing in the Saudi Arabia event, leaving Bernd Wiesberger as the overwhelming betting favorite here at +1000.

The Austrian was in contention last week at the Dubai Desert Classic before a 76 on Sunday sent him tumbling to a 24th place finish. He was 12th the week before in the Abu Dhabi HSBC Championship and tied for runner-up at the AVIV Dubai Championship last November, so he’s performed well in the country in recent months.

“I’ve worked really hard since returning from injury in 2019 to compete at the biggest events in golf and I want to continue pushing myself as we start an exciting new era on the DP World Tour,” Wiesberger said recently. “I really enjoy playing golf in the Middle East, the only thing I’m missing there is a victory, so I hope to have a strong start to my season in the UAE.”

A trio of golfers are at +1800. Jordan Smith is one and is coming off a 12th place finish in Abu Dhabi and ninth in Dubai. Adrian Meronk was fourth last week. Robert MacIntyre is in that group but struggled the last two weeks, missing the cut in each event. He was fourth, however, in the DP World Tour Championship in Dubai in November.

Who is a unique pick because of his history on this course. He was sixth in the first Challenge Tour event in 2016 and fourth in 2018. He also was solid if unspectacular over the last to weeks, finishing 12th in Abu Dhabi and 18th in Dubai, so he’s a name that could surprise some people, but the oddsmakers are aware of his potential.

Forced a playoff in Dubai last week, but the veteran could not get his second DP World Tour win after Viktor Hovland’s birdie on the first playoff hole denied him a shot at the victory. He was second in Strokes Gained: Putting last week, however, and if that carries over to this event, he could contend again.

Are here and are always poised to contend. Rasmus has three wins under his belt and was 20th in Abu Dhabi. Nicolai hasn’t posted good results this year, but he did win the Italian Open last year and finished the season with a runner-up finish at the Portugal Masters and was fourth in the DP World Tour Championship, so he has the game to compete whenever he is in an event.

Former Masters winner Danny Willett came out of nowhere to win the Alfred Dunhill Links Championship last fall, and at +5000, there’s some value here. Willett has two victories in the UAE in his career but did miss the cut in each of the last two weeks. Perhaps against a smaller field he will have more success.

“I have some great memories from my time in the United Arab Emirates,” said the Englishman, who won his eighth title on his 34th birthday. “It’s a place I’ve always enjoyed visiting and I’ve obviously won twice in Dubai, so it’s exciting that we have a new region to visit and a new golf course to play on this year.”

Was fifth on this course in 2016 before one lousy round dropped him to 16th. He also led at the halfway point at the Saudi International last year. He was 26th last week and had a hole-in-one in Dubai.

Was 35th in Dubai last week and third in greens hit. The surfaces aren’t expected to be as slick this weekend, so that should play into Veerman’s favor, and his win last year at Albatros was a similarly long course that he’ll be facing this week.

Was ninth in Dubai last week, and the veteran Irishman always seems to be able to pull some tricks out of his magic hat. With a field devoid of major stars, Harrington may make some noise.

It’s tough to fully get behind Wiseberger, as Meronk, Smith, and Langasque’s success at this course has our attention. Richard Bland is also a veteran who played well last week and has the poise to keep that success going despite losing in a playoff. Fox also has experience on this course and if he can hit some more big shots like he did last week, he’s a nice pick at +5000.

Get the latest information on the Ras Al Khaimah Championship updates, golf news, and PGA Tour schedule. Sign up to receive our daily Golf content and become a winner.