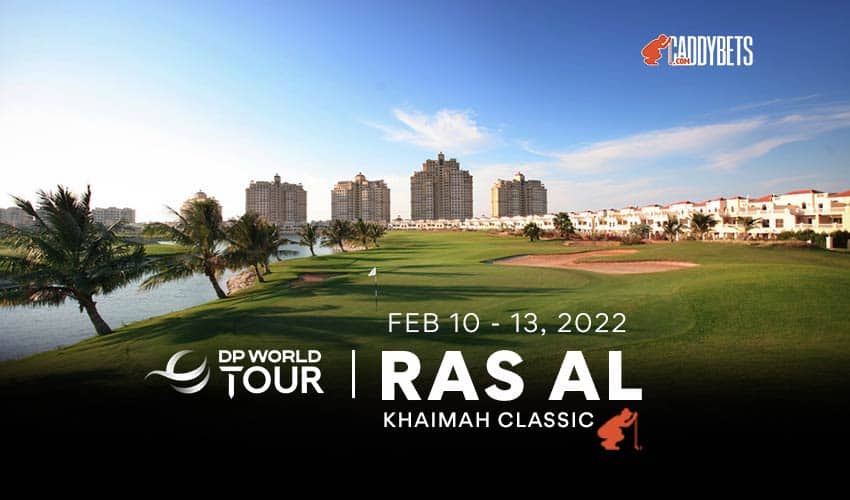 For the fifth time since the COVID-19 pandemic turned the world upside down, a DP World Tour tournament will be held at the same venue in back-to-back weeks for the Ras Al Khaimah Classic

After the first-ever DP World Tour event at Al Hamra Golf Club in Ras Al Khaimah, United Arab Emirates, the tour will stay in that country for the fourth-straight week after the Qatar Masters was postponed until the spring (an exact date hasn’t been given yet).

On the surface, that’s good news for Nicolai Hojgaard, who won last week’s Ras Al Khaimah Championship by four strokes over Jordan Smith, thanks in large part to his driver. Hojgaard drove three par-4 greens and reached two of the four par-five holes in two shots. He struggled putting (43rd in Strokes Gained: Putting) but was first in Strokes Gained: Off the Tee and Strokes Gained: Tee to Green.

Smith, at 20-under and three strokes better than a group tied for third place, won here on the Challenge Tour in 2016 and has a great feel for this course.

Al Hamra Golf Club hosted its first DP World Tour event last week and prior to that, the European Challenge Tour from 2016-18. The Peter Harradine-designed course is par 72 and measures 7,325 yards. The course features plenty of water, as there are four interconnected lagoons located around the track. The elevation changes are also said to be gentle.

While logic would dictate that a golfer performing well in four-straight rounds on a course is bound to do so again the following week, it hasn’t worked out that way in the four other times that the DP World Tour has held events at the same venue in consecutive weeks.

Sam Horsfield won the Celtic Classic in August 2020 but finished 44th the following week. The other three fared better: Callum Shinkwin won the Cypress Open in October of that year and came in fourth the next week. Justin Harding won the Kenya Open in March 2021 and followed it up with a 14th-place effort the next week, and Dean Burmester was fourth a week after winning the Tenerife Open last May.

Going the other way, two of the four latter events were won by a golfer who finished in the top 10 the previous week.

So what does that mean for Nicolai Hojgaard, who is the betting favorite here at +1400? While the native of Denmark was outstanding last week, he missed the cut in the two events prior to that in Abu Dhabi and Dubai. Hojgaard, however, did end the year well with a fourth at the DP World Tour Championship, Dubai and a runner-up at the Portugal Masters. More on Portugal below.

Jordan Smith, at +1500, may be a stronger bet, as he blew the rest of the field (besides Hojgaard) away last week and has had success at the course in the past.

The field is bunched up at +2000 and +2500. At +2000 are Robert MacIntyre and Thomas Detry. MacIntyre finished third in Cypress before winning on the same course the following week last year, and he was tied for 13th last week. If it wasn’t for a 73 on the final day, he would’ve fared much better, as his first three rounds were in the 60s. Detry was tied for ninth at 15-under last week, also carding three rounds in the 60s before a 71 on Sunday. The question for Detry is whether he can close out a round on Sunday given that he hasn’t yet won a DP World Tour event.

Adri Arnaus (+2500)is a winner here on the Challenge Tour, and despite finishing with a 71 to finish three shots behind Harold Varner III, Arnaus did finish third against a stacked field at the Saudi International last week.

Haotong Li (+2500) is getting some attention after jumping into a tie for third place last week when he shot a 63 here in the final round. He was also runner-up in the China Open and was 12th last month in the PGA Tour’s Sony Open in Hawaii.

Romain Langasque missed the cut here last week but shot a 69 on Friday and won in the past on the Challenge Tour, so he sits at +2500 despite the shaky result last week.

Laurie Canter (+3000) has the driving ability of Hojgaard and can take advantage of course conditions like last week’s winner did, as Canter has led the DP World Tour in driving statistics for each of the past two years.

Additionally, there are similarities in the leaderboard from last week and at last fall’s Portugal Masters (as we mentioned, Hojgaard was runner-up there last year). Matthew Jordan was fifth in Portugal and 13th last week.

Brandon Stone (+6000) had a pedestrian 36th-place finish here last week, but that’s entirely due to a 76 on Saturday. He started the tournament with a 66 and 69 and rebounded from his miserable day on Saturday to shoot a 68 in the final round.

History has shown that it will be difficult for Hojgaard to go back to back, and among the favorites, we like Smith. Adri Arnaus and Haotong Li are our picks at +2500, and Matthew Jordan is our longshot pick this week, though with the field the way it is, any winner will provide a nice price for you.