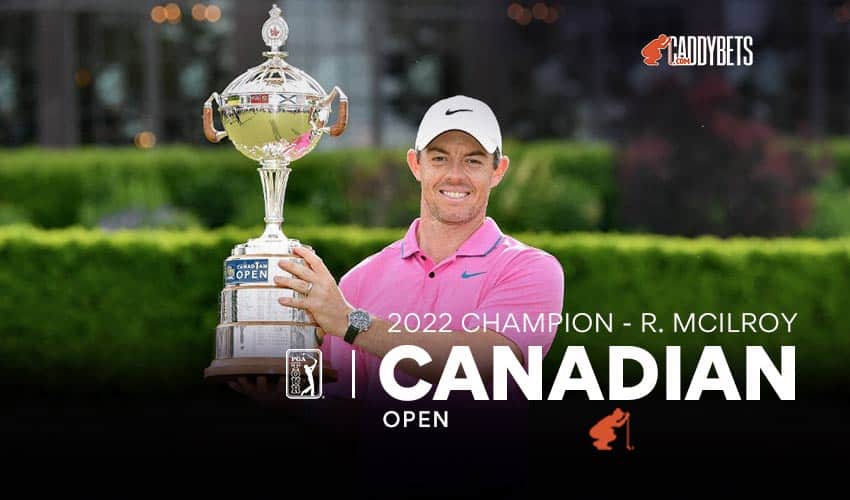 In a week where the eyes of the golf world were on both suburban London and Toronto, Rory McIlroy and Justin Thomas put on a show that proved, in their minds, that the PGA Tour is the place to be.

On a day ripe for scoring, McIlroy, who came into Sunday tied for the lead with Tony Finau, shot at 62 that included birdies on 17 and 18 to top Finau by two strokes and Justin Thomas by three to successfully defend his title at the RBC Canadian Open, which was last held in 2019 due to the COVID-19 pandemic. McIlroy won with a 19-under 261.

The crowd, starved to see world-class golf after three years, was loud as the defending champ and the PGA Championship winner were tied going into the final two holes. While McIlroy birdied Nos. 17 and 18, Thomas bogeyed each one, and Finau hit a long birdie putt to secure second place.

“Three of the best players in the world going at it down the stretch, trying to win in front of those crowds and that atmosphere … it doesn’t get much better than that,” McIlroy said following the first successful title defense in his PGA Tour career. “I just went on this run, and once you see a few birdies go in early, all you’re thinking about is making more.”

McIlroy, who had a 5-under 29 after nine holes, won for the 21st time on the PGA Tour, breaking a tie with Greg Norman. Ironically, it was Norman’s LIV Golf tour that played in England this weekend and forced the PGA Tour to suspend 17 players, including Phil Mickelson and Dustin Johnson. The moment was not lost on McIlroy.

“The guy that’s spearheading that tour has 20 wins on the PGA Tour and I was tied with him and I wanted to get one ahead of him. And I did. So that was really cool for me, just a little sense of pride on that one,” McIlroy explained.

Behind Finau and Thomas was Justin Rose, who shot at 60 after eagles on the first, 11th, and 15th holes. Unfortunately for the Englishman, his run at 59 fell short with a bogey on the par-4 18th.

“I had never shot 59 before, so it would have been a lovely footnote on the week,” Rose, the 2018 FedEx Cup champion, said.

Corey Conners was sixth at 12 under, and due to being the lowest-scoring Canadian in the country’s national championship, he was awarded the Rivermead Cup.

“Obviously, there’s another trophy that we’re all out here playing for, so hopefully, someday I can get my name on that one as well,” said Conners afterwards.

The top-20 finishers all scored under par on Sunday.

After a week of being split, some LIV Golf defectors join their PGA Tour rivals at The Country Club at Brookline in the Boston area for the U.S. Open. Jon Rahm is the defending champion. Scottie Scheffler (Masters) and Justin Thomas (PGA Championship) are the first two major winners of 2022 and will be among the stars competing.